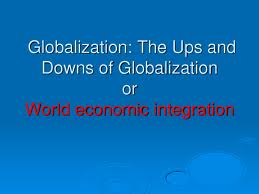 “The optimist proclaims that we live in the best of all possible worlds; and the pessimist fears this is true.” – James Branch Cabell

Though I fall in neither group, that favorite quote comes to mind whenever I watch the first of two videos I am about to link with. It also comes to mind when I look at the incredible, towering wave of new climate change information that seems poised to break over us about now. More on that in a bit.

First, bear with me for a brief back story. At my job, in learning and organization development, one of my responsibilities is running the orientation program for new managers. This is a series of presentations and seminars led by key organizational leaders. One of the presentations covers workforce planning. To place the new managers into a big-picture frame of mind, we show a video that paints a rosy picture of rapid global change. It is called “Did You Know?” and is really quite good. No wonder it’s closing in on 5 million views. But the thing is now six years old, and consequently contains some laughably outdated facts. So every time I have run the orientation program in the past five years, part of my prep is to seek a suitable update. No luck. Until now, sort of.

Many hucksters have not been able to leave a good thing alone, so many Did You Know? updates include marketing messages – how can you reach millions of new customers worldwide, etc. Not good for my orientation program, and in my opinion not good for anything else.

My latest find won’t make it into the orientation program either, but it is very watchable (unlike some frenetic follow-ups), and most important of all, points a justifiably jaundiced eye at global change. It is even a bit dark for my taste, but the news that arrives every week justifies that take, in my book.

Enough of the back story. Here is the original, backed by a wonderfully contemplative musical soundscape. And here, with a bumpier score, is an update made a year or so later.

This question of optimism or pessimism is all-important. I have been told by several people that I must be very pessimistic, given the subject matter I choose to research and relate in my citizen commentaries. And in fact, I know enough based on my reading to accept the fact that this sickly hilarious dystopia is in the cards if we don’t change course.

But I stick with my philosophy, which I call informed optimism. That is, learn as much as you can about what is really going on, and do whatever you can to keep the worst case from unfolding. If enough of us adopt this approach, we can elect rational, fact-based leaders who transform our system into a sustainable one.

Ramping Up Carbon and Heat

Those of us who have been watching this climate crisis unfold – in my case since the 1980s – are running out of terms for the evidence that continues to unfold, almost daily. This week has been even more dramatic than most. Here are a few terms to try on for size – Amazing, atypical, unprecedented and the most colorful of all – we are screwed. What is this latest plague of arm-waving about? Nothing much – just new evidence that the “hockey stick” is no fable. Warming in the last 100 years is 50 times faster than the cooling that had been occurring over the previous 5000. In other words, we are now a force of nature, and a force that has the power to destroy nature, or at least the nature that allows us to maintain our wonderful civilization and the lion’s share of the biodiversity that graces our planetary home.

You can see a lot more detail on the new research results at those above links, and also view a collection of charts here in Mother Jones, and here at the fortress of radical, sky-is-falling propaganda, NOAA. For more, here is an article discussing giant atmospheric waves and their connection with extreme weather, like, for just a single example, the recent virtually stationary storm that pounded New England.

Climate Change Victims of Many Stripes

As we in the comfortable west concoct self-absolving excuses for building the Keystone XL tar sands pipeline, people around the world are already suffering the consequences of our fossil fuel addiction. As with so many environmental calamities, those least responsible for the destruction are suffering the most, at least for now. This Root article points out how people of color right here in America face higher risk than others from several factors directly related to human caused climate change – in particular, proximity to coal plants and exposure to heat waves. Here is the connection between the Arab Spring and climate change.

While we in America have been dealing with a series of snow dumps (laughably dismissed by denialists like Inhofe), Australia has suffered through one hellacious southern summer. The Australian government has dubbed it the Angry Summer. And then there are those residents of doomed tropical paradises like Kiribati’s 100,000 natives. (The free viewing of the new movie The Angry Tide has been disabled, but you can view the trailer here.)

Doing Something about Climate Change

Fortunately, there is so much more than pignorance (pretend-ignorance) out there. Maybe, just maybe, this growing wave of awareness and commitment will convince President Obama – who talked a good game on climate change commitment in his State of the Union message – to take real action in rejecting Keystone and taking all actions possible to build a sustainable energy system that protects the planet.

Here are some fine examples of people taking action right now. First, Van Jones, who in any rational country would be presidential material, stands up cheerfully to major negative baiting from Wolf Blitzer in this CNN clip. It’s really quite a display of propaganda-fueled belligerence on Blitzer’s part – is this guy hoping to supplant Windbaugh or what?! And then there is Darryl Hannah – a committed activist who has been arrested in recent demonstrations against Keystone – passionately delivering one of the most eloquent explanations of the climate crisis that I have seen. And best of all, she is promoting a new movie on the REAL climate hoax, the one perpetrated by Big Oil and Big Coal and pushed by the likes of Lyin’ Jim Inhofe. Its none-too-subtle title tells the story – Greedy Lying Bastards. Hannah also mentions the uber-issue that must be solved – corporate pollution of politics and policy. Here is one more famous name – at least in climate change circles. Michael Mann is the hockey-stick guy himself, and was caught up in that phony “Climategate” scandal a few years back. Could be sweet revenge, even if the latest development gets only a fraction of the attention Fox News lavished on those liars – Mann is suing for defamation.

Taking action is by no means the exclusive realm of the big names. First – one more morsel of proof that young people will do a much better job than we pathetic boomers have – read this on a hot college course subject. Next – blogger Laura Sabransky offers this humorous yet helpful cheat sheet on climate change arguments. And for the genuinely adventurous, the Climate Reality Project (for which I am a certified presenter) has a new feature, a game really, that allows committed persons to work against denialism – Reality Drop. Learn about it here.

“The good thing about science is that it’s true whether or not you believe in it.” –
Neil DeGrasse Tyson

Michael Murphy is a regular contributor on BoomerWarrior. He is an advocate for Economic and Environmental Sustainability. At IBI Watch, Michael says “that my favorite issues live where science meets policy…climate change, evolution, and environmental protection… I hope you will find the connections I provide informative and thought-provoking. 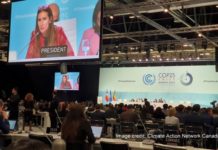 The Derailment of Climate Talks by Polluters 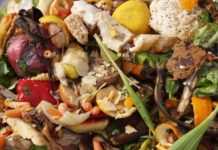