Jim Harris is an internationally renowned business and environmental speaker. You can watch a video of him speaking about some of these issues at IdeaCity, the Canadian equivalent of TED. He is the author of Blindsided, a #1 international bestseller published in 80 countries. He speaks at 40 conferences a year around the world. You can reach him through Linkedin.com or follow him on Twitter @jimharris

We are pleased to welcome Jim as a Blogger on BoomerWarrior.Org (RMontpellier – Editor).

This article was posted previously on Environmental Leader on March 5.12.

Jim Harris identifies Six Surprising Sustainability Facts which demonstrate clearly and convincingly that green energy will be the way of the future.

More than a century ago, Henry Ford’s original Model T got 25 miles per gallon (mpg). Fast forwarding through 100 years of head spinning, relentless technological progress and today the average SUV in North America gets 17 mpg. So we’ve been going aggressively backwards into the future!

When oil hit $US147 a barrel in 2008, the US was transferring $700 billion a year to the Middle East for oil imports, the greatest voluntary, unnecessary transfer of wealth in human history.

The $700 billion a year of oil subsidies does not include the $100 billion a year the US spends defending Persian Gulf shipping lanes to ensure the flow of oil to the US, nor the cost of the Iraq war, which Nobel economist Joseph Stiglitz estimates to be $US 2.7 to $6 trillion in total (not an annual figure).

A study by McKinsey & Company shows that cutting carbon is highly profitable. 40% of North American carbon cuts required to meet the Kyoto Protocol targets would generate a profit and, if that profit was reinvested in the next least-cost options, we’d get all the way to the Kyoto goals at no cost to society.

Business leaders should take note, this isn’t a radical environmental group, it’s the pre-eminent management consulting firm worldwide. This categorically dispels the myth that going green is expensive because cutting emissions increases the efficiency of businesses, of homes and society as a whole, thus providing a huge economic benefit to the economy. The study shows that there’s no single silver bullet; instead there’s silver buckshot – made up of very highly profitable energy efficiency solutions.

Investing $2 trillion from now till 2020 would provide an Internal Rate of Return (IRR) of 17%, according to The Case for Investing in Energy Productivity, a separate McKinsey & Co study. This rate of return is better than the historical return for investing in property and stock market over the long term!

4. Efficiency of North American electricity generation could be tripled

A staggering two-thirds of the energy from coal, gas and nuclear power generation in North America is wasted in the form of heat vented up smoke stacks and cooling towers. By contrast, combined heat and power (CHP) or co-generation, increases the system efficiency from 33% to 90% by using the “waste” heat used to heat buildings, homes or stored at high temperature underground. Denmark obtains 55% of its energy from cogeneration and waste heat recovery, the highest installation of CHP worldwide.

GE launched its ecomagination initiative in 2005 and by 2011 had sold $70 billion of green products and services – $25 billion of that in 2010 alone. GE has committed to doubling its investment in its green offerings to $2 billion a year for the next five years.

Walmart is investing aggressively in energy and fuel efficiency. The $500 million it’s investing in sustainability projects have a payback of four years or less and has become an incredible profit engine for the corporation. Walmart embarked on this initiative in 2005 and is now saving more than $500 million a year – all of which is driven to the bottom line.

Walmart works on 3% net profits. So to make another $500 million of profit, the corporation would have to sell an additional $16.7 billion in goods! Even for the largest retailer in the world in the midst of a recession, this would be a challenge.

A staggering 50% of North America’s 108 million corporate PCs and monitors are left on overnight and on weekends wasting up to $4 billion of electricity a year. Many IT departments instruct users to leave PCs on 24 hours so that patches and upgrades can be pushed out overnight. But new power management software from companies like 1E, Verdiem and Faronics allows IT departments to put PCs to sleep at the end of the day or when they’re unused. IT professionals can easily wake up computers at 3 am to centrally push out patches, upgrades and new virus definitions and then put all computers back to sleep before waking them up again at 7 am before employees arrive. Dell Computers is now saving $1.8 million a year having implemented this for its 50,000 computers. This approach offers paybacks on average of six to 12 months. 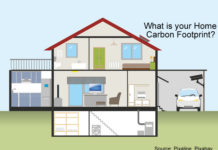