The term ‘Hunger Wars’ appeared in an article written by Michael Klare (Author of The Race for What’s Left) no doubt inspired by the wildly successful novel, The Hunger Games, which depicts a post-apocalyptic future in an impoverished North America where hunger and the search for food is the daily preoccupation of survivors.

In the next few posts, I will consider Five Factors that interact in creating a world-wide Food Crisis and the Hunger Wars of the future:

A short video (The Seventh Billion) (The Economist) shows the evolution of world population over time. It took 250,000 years for the world’s population to reach 1 billion; a century passed before it reached 2b, and 1/3 of that time to reach 3 b. The 4th billion only took 17 years whereas the last 3 billions took approximately 12 years each. We reached 7 billion people on the planet in January of this year. (See previous post The Seventh billion Human Being).

Although the period of acceleration is over, population is expected to continue to rise until 2050. The numbers being added yearly to the total are dropping because of declining fertility rates. The next 1 billion increase will take 14 years and the next one after that 20-25 years. By 2050, population increase will be zero or slightly declining. We will inhabit a more stable but more crowded planet.

The next crisis humanity will face will be a shortage of global food supplies. The world has seen famines in Africa and elsewhere resulting from droughts but international agencies have been able to respond because of the availability of food from other regions – mostly western countries. There has been enough food to go around in times of crisis. There have been spikes in food prices resulting from weather conditions and market speculation on food commodities but these have been short-termed and for the most part ignored and forgotten.

What is different now is the perfect storm of factors affecting global food supplies. Nina Chesney’s article  World Lacks Enough Food, Fuel as Population Soars  (reported in Reuters) indicates  that “The world is running out of time to make sure there is enough food, water and energy to meet the needs of a rapidly growing population and to avoid sending up to 3 billion people into poverty, a U.N. report warned.”

The immediate challenge is to contain food prices that threaten starvation to millions who can ill afford to pay more for their food supplies. There is a mounting feeling of panic as international organizations rally to join forces to deal with the dire conditions facing the world population in 2012-13. Since May of 2012, the World Bank’s Global Food Crisis Response Program (GFRP) has issued the following statements of concern:

May 31, 2012— More than 17 million people are facing possible starvation in West Africa’s Sahel region, the zone skirting the southern portion of the Sahara Desert.

July 30, 2012— Given the exceptional drought in the US, current crop conditions in other grain producing regions, and the resulting increase in international food prices, the World Bank expressed concern for the impacts of this volatility on the world’s poor, who are highly vulnerable to increases in food prices.

August 30, 2012— Global food prices soared by 10 percent in July from a month ago, with maize and soybean reaching all-time peaks due to an unprecedented summer of droughts and high temperatures in both the United States and Eastern Europe.

At the recent APEC meeting in Russia, the topic of food security was high on the official agenda and a priority for countries attending. Improving food security amid rising food prices and global population is seen as a major challenge by APEC members who have been talking about how to increase food production, open up supply chains and reduce waste for years.

In its report released in January of 2012, the UN Secretary-General’s High-Level Panel on Global Sustainability warns that the world lacks food as population soars. Following are excerpts from the report:

As the global population grows from 7 billion to almost 9 billion by 2040, and the number of middle-class consumers increases by 3 billion over the next 20 years, the demand for resources will rise exponentially. By 2030, the world will need at least 50 per cent more food, 45 per cent more energy and 30 per cent more water — all at a time when environmental boundaries are throwing up new limits to supply.

Even as the world’s population has grown to its current level of 7 billion, global food production has kept pace: today enough food is produced to feed all of us comfortably. However, access to food is another story: hunger has risen in recent years and food prices have increased………..the number of undernourished people in developing countries increased by about 20 million between 2000 and 2008. Recent years have also seen the productivity increases of the agricultural “Green Revolution” start to run out of steam, with concerns over prices of inputs such as fertilizers, water availability and competition for land also casting a shadow over the supply outlook.

With the majority of the world’s people living in coastal areas, oceans are crucial for humanity’s future…. however, overfishing has led to 85 per cent of all fish stocks now being classified as overexploited, depleted, recovering or fully exploited, a situation substantially worse than two decades ago. Meanwhile, agricultural run-offs mean that levels of nitrogen and phosphorus in the oceans have trebled since preindustrial times, leading to massive increases in coastal “dead zones”. The world’s oceans are also becoming more acidic as a result of absorbing 26 per cent of the carbon dioxide emitted into the atmosphere, affecting both marine food chains and coral reef resilience. If ocean acidification continues, disruptions of food chains and direct and indirect impacts on numerous species are considered likely with consequent risk to food security, affecting the marine-based diets of billions of people worldwide.

Global food demand is rising as many millions of people in developing countries acquire the means to eat richer diets. That alone would be expected to drive food prices higher, but experts suggest that climate change will greatly compound the problem.

The spiralling demand for resources including food is primarily caused by growing economies of India, China and other SE Asian countries such as South Korea and Vietnam. The demand for resources and for food in particular will grow exponentially as developing countries aspire to the Western way of life focused on consumption. Demand for food is projected to rise by 70% by 2050 according to the UN.

Adding to the complexities of providing food to a hungry planet is the fact that by 2050, 75% of the world’s population will be urban (Financial Times – Megacities). That means more and bigger cities. In the developing world, fewer and fewer people are engaged in providing food for themselves each year. Many opt for a perceived better life in the city to escape the drudgery of the countryside and agricultural subsistence. Often, migrants to the cities cannot afford food or proper accommodation and end up living in slums further compounding the food crisis.

Not only is our world facing rising population and increasing food demand, but this is happening as we start to come to terms with climate change.

A future post will deal feature the effects of Climate Change on the  Food Crisis & Hunger Wars of the future. 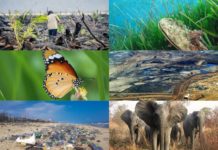 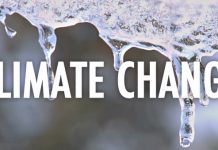 We Have A Climate Crisis: 10 Facts To Know