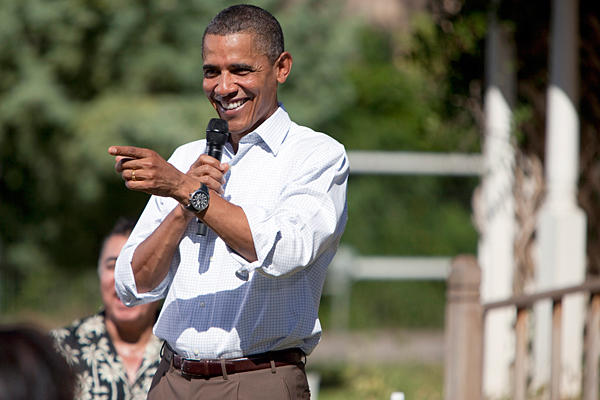 Environmentalists around the globe are applauding President Obama for including a ‘Call to Action’ on Climate Change during his inaugural speech.

But Obama has talked about Climate Change on several occasions before, during his 2008 presidential campaign, a 2012 campaign interview with MSN, and his acceptance speech after winning the 2012 election. What is different this time? Is he really “coming out” of the climate change closet or just doing more window dressing?

It is undeniable that any global action on climate change must be led by the United States. But in order to be ‘that leader’, to ‘seize the moment’, he will need to stand up to the powerful fossil-fuel lobby and the deeply-entrenched and influential denialist industry. He has shown courage facing the gun lobby and health skeptics during his first term. He will be equally resolute during his second term.

It’s important that he not dumb this down. We need to know what it means to have experienced record-breaking temperatures, floods, droughts, wild fires, melting ice caps, and extreme storms. When given a full account of a threat, the American people have risen to big challenges in the past. We did it during the second world war when millions enlisted in the military, grew “victory gardens”, recycled, and went to work in factories to aid the war effort. He should call on us to be the next “greatest generation.

Eighty percent of Americans agree that inaction on climate change would have serious consequences. The fact that he need not run for re-election frees him from the need to placate the oil and coal lobby. And scientists agree we have only a few years to change directions if we are to avert a climate catastrophe that would dash the hopes of generations to come.

The section on climate change came out ahead of any other issue during his inauguration speech of January 21. It left little room for any doubt about his determination to attack climate change:

We, the people, still believe that our obligations as Americans are not just to ourselves, but to all posterity. We will respond to the threat of climate change, knowing that the failure to do so would betray our children and future generations.

Some may still deny the overwhelming judgment of science, but none can avoid the devastating impact of raging fires, and crippling drought, and more powerful storms.

The path towards sustainable energy sources will be long and sometimes difficult. But America cannot resist this transition; we must lead it. We cannot cede to other nations the technology that will power new jobs and new industries – we must claim its promise.

That is how we will maintain our economic vitality and our national treasure – our forests and waterways; our croplands and snowcapped peaks. That is how we will preserve our planet, commanded to our care by God. That’s what will lend meaning to the creed our fathers once declared.

It was the most Obama had said on climate change for some time, and it was a much stronger affirmation of the science underlying climate change and the urgency to move beyond debating options and alternatives. More international conferences and lofty declarations by world leaders are not needed (See Leadership on Climate Crisis, and Rio+20).

The difference this time is that Obama now has the American public on his side as a result of the summer of 2012 – searing heat, droughts  wildfires, rising food prices, followed by super-storm Sandy in late October. The focus on Climate Change is being kept alive by what is happening in Australia (wild bushfires and record-setting extreme temperatures. Many fear that the same could happen in America, making the Summer of 2013 even worse.

Obama’s reaffirmation of climate science and his more aggressive language on the need for leadership won praise from environmental groups. “This is a call to action against the climate chaos that is sweeping our nation and threatening our future. Now it’s time to act,” said Frances Beinecke, the president of the Natural Resources Defense Council.

“Today’s address is an important first step for using the power of the presidency to spur a practical national conversation on climate change. The importance of the president regularly raising his voice on this issue cannot be overstated,” said Lou Leonard (World Wildlife Fund).

Leonard added: “A sustained national conversation isn’t enough. The president should lay out the steps he can and will take to clean up our energy system, help communities prepare for climate disruption and encourage the rest of the world to ramp up action.”

Alden Meyer (director of strategy and policy at the Union of Concerned Scientists) said Obama’s “clarion call to action leaves no doubt this will be a priority in his second term.”

The hope for sweeping changes on Climate in the next 4 years is rather limited however. Obama will use the executive power of his office to tighten regulations on emissions and increase the regulatory powers of the EPA or other minor initiatives, but any significant measures requiring legislation through Congress are doomed. Americans have lost faith in their political process and with good reason. Politicians are now enjoying a level of popularity similar to colonoscopies.

Nor has there ever been a more critical time in world history for courage and leadership from an American president. Considering the most enduring impact on the greatest number of people, JFK’s Cuban missile crisis, Lincoln’s Civil War, FDR’s dragging America into World War II to save Europe, Truman’s dropping of the “bomb” and Bush’s criminal invasion of Iraq will all pale in comparison to what is done or not done about the climate crisis.

What will Obama’s legacy be? He has the opportunity to leave office in 2016 with a clear conscience knowing that he has done everything in his power to help create a better world for his two daughters and all of the children and grandchildren of the world. Or he will be riddled by guilt knowing that he ought to and could have done more. 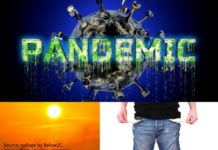 The Trifecta of the Pandemic – COVID-19, Unemployment, Heat

Why You Must Fire Your Fossil Bank