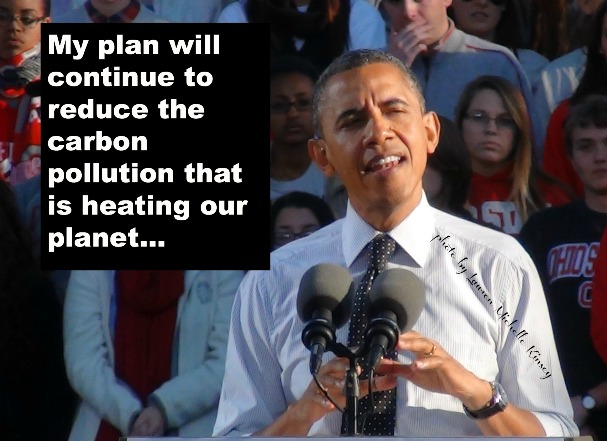 In recent posts, I asked, “Could 2013  be the turn-around year in the fight against Climate Change? Is it possible that the climate-induced events of 2012 will spur world leadership into decisive action?”

These are important questions if humanity is going to ensure the survival of future generations on Planet Earth. Change is needed now, it is needed urgently and it is needed on a global scale. But who will lead it and when?

In President Obama’s inauguration speech of January 21, the section on climate change came out ahead of any other issue.  It left little room for any doubt about his New Determination to attack climate change. The State of the Union address provided the President the perfect opportunity to continue his focus on addressing Climate Change “for the sake of our children and our future.” Fortunately he now has both the American public and Mother Nature on his side.

Mother Nature on Obama’s Side

Obama has the American public on his side. A vast majority of Americans now want and expect action on climate change. The shadow of the Summer of 2012 still looms large on the American psyche.

But more importantly, Obama has ‘Mother Nature’ on his side as well. Nothing will keep the focus on Climate Change more than repeated natural disasters such as those of 2012 – droughts, wildfires, floods, water shortages, rising food prices, and in the US, hurricane Sandy. Sadly, it will take more of these disasters for the world to ‘wake up’ to its new reality.

Australia has seen record-breaking heat and wildfires in January . The number of consecutive days with a maximum temperature greater than 39°C set a new record and was the longest since 1973. Hundreds of thousands of acres have been destroyed by wildfires and hundreds of homes were destroyed as people fled from advancing fires.

Now only half way through winter, the American North East is still digging itself out of a fierce snowstorm and hurricane force winds which battered a vast area stretching from New Jersey to Canada. The storm affected some 40 million people. More than 3/4 million homes and businesses were without power, thousands of cars were abandoned, over 5,000 flights were cancelled . With more than three feet of snow falling in many areas, at least nine deaths are blamed on the storm.

Recent assessments about the ongoing drought in the US is causing panic among American farmers and food industry experts. While some regions will show improvements in weather conditions, new areas of drought will develop. But for the most part, the persistence of drought conditions will continue in 2013 in much of the central and southern plains according to the National Oceanic and Atmospheric Administration (NOAA).

No nation in the world has a stronger moral obligation and responsibility than the United States to lead the climate change revolution. Waiting for developing nations like China, India and those of South America to do “their share” is just a lame excuse for inaction. The undeniable fact is that Western developed nations, lead by America, are directly responsible for the 355.55 ppm of atmospheric CO2 (January 2013).

that if international action is to occur, the U.S. has to help to lead it, through deeds as well as words…in recent years, international negotiations have stalled…nations haven’t yet been convinced that the U.S. is itself willing to make such commitments. True, action by the U.S. can’t guarantee an international accord. But it may be a necessary condition for such an accord, and it would certainly increase the likelihood that other nations will act as well.

…to limit the risks of climate change, many nations will be required to act. But unilateral action should not be avoided for that reason. On the contrary, pragmatic steps by the planet’s most important nation are likely to help spur action by others — and to lead to technological advances that will ultimately be in the interest of the world as a whole.

As natural disasters and extreme weather occurrences multiply around the globe, evidence of climate change becomes irrefutable. The pressure to act is mounting, forcing world leaders to respond. People will bring about change, not governments, not the UN, not the corporate sector, not religion.

I’m reminded of Salmon Rushdie’s words that “if you give ordinary people a voice, and enough time to use it, everyday poetry flows movingly from them”, translated to politicians will have no choice but to respond.