Below 2C
Home Environment The Five “Es” of Human Destiny 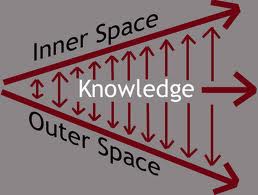 The collective future in which our grandchildren will live is already largely determined, but not entirely. Like the future that awaited us when we were young children, and that we have come to know as our present reality, the collective future of our grandchildren is manifesting every day out of the interaction of what we can call the five “Es” of human destiny: energy, economics, ecology, empathy and enterprise.

These five “Es” are in play every moment of every day in every part of the world.  They are fashioning most of the collective future.  There are other parts of the future where Nature takes a dealing hand in the form of earthquakes, fires, floods and other like forces, though even some of these are precipitated by human activity. However, none of this is entirely fixed.  The five “Es” are fluid and constantly changing. While their past interactions have set in motion a course of events now largely certain to unfold into a future outcome for our grandchildren, no final scenario is written.

The purpose of this blog is to share with you my understanding of what is going on with these five “Es” of human destiny, and to encourage you to become fully engaged in determining the eventual outcome for our grandchildren.  Some people say, “Well, what can I do?  It’s out of my control.”  My point is that all of us can do something, and together much more than we might at first think.  But first we have to understand what is going on.  Let’s begin with the first two “Es”: energy and economics.

The essential point to understand about the interplay between our demands for energy and the working of our economy is that the last 50-60 years—almost the entire lifetime of today’s grandparents—was an anomaly in the history of humanity.  We in the industrialized world may have regarded it as normal, but nothing like it had been seen previously on the planet.

Perhaps we might say this was only to be expected because of the driving force of progress (a term we will consider in more detail in later posts).  If we use this argument, we are presumably saying our time in history should have been different (better?) than any preceding time.  By implication, the driver of progress will make the future even more different (better?) than our time.  The evidence presented by the majority of writers and researchers whose work I will review in the course of this blog, does not confirm the likelihood of a “better” future for our grandchildren, at least not in the sense of more of what we have had.  If it’s going to be “better,” it’s going to have to be better in a different way.  If this is not achieved, the likely outcome will be a future of hardship for many and difficulty for all.

The main argument I will be making is that whatever the conditions on Earth experienced by our grandchildren, the most important thing is the mindframe they bring to dealing with the conditions.  If they are seen as a challenge in which to create meaningful and prosperous lives for all, that is one thing.  If they are seen as a struggle for existence between winners and losers, that is quite another thing.  As today’s elders and grandparents, we need to ask ourselves how we should act, and how we should interact with our grandchildren, in order to influence, hopefully in a positive way, the mindframe they bring to fashioning the future.

Coming back to the issue of energy use and the anomaly of the past half century, the most important thing to understand is that we essentially put all of our eggs in one basket.  The basket was a treasure trove of ancient sunlight, stored for countless millennia in the Earth, which we decided to plunder. (I don’t think “plunder” is too strong a word given our irrepressible demand for more and more of these resources).  The basket was fossil fuels, and the eggs we placed in it constituted the totality of our material existence, from how we feed ourselves and how we provide health care, to the products we use in everyday life and the way in which we travel and communicate.  That’s pretty much everything.

Why it did not occur to us to consider in any serious way what we would do when the finite supply of ancient sunlight ran out, is not clear.  We are still not considering it in any serious way today.  We know the supply is finite because we acknowledge that fossil fuels are non-renewable resources.  Perhaps we considered the supply was so vast that only far distant generations would have to be concerned with shortages.

I am sure there was some of that kind of thinking.  Perhaps we believed that the genie of creativity driven by a belief in progress would deliver to us technology that would deal with whatever problems came along.  I am sure there was a lot of that kind of thinking, too.  Whatever we thought as we lived our fossil-fuel intensive lives, we are now very suddenly confronted with the reality that easily accessible fuels are running out fast, and that their intensive use during our lifetimes is contributing to turbulent climatic conditions on Earth with serious implications for our grandchildren.  Knowing this now, how do we act today, and how do we discuss it with those who will have longer to live in that different kind of future than we do?

That’s part of the energy story, which we will discuss in more detail later.  Now, let’s turn to the economy.

The way any society runs its economy depends on the energy it has available to it.  Because we had available to us this huge supply of fossil fuels, and because we chose to put a low price on their extraction and use (by not including all of the external costs—more on that later), because of these two factors (large supply and low price), we believed we could afford to build an industrial civilization on a model of enormous material consumption.

After the last 50-60 years of living like that on a steadily increasing proportion of the Earth’s surface, peopled by a steadily increasing human population, we are learning that there are serious consequences, which we are being forced to deal with quite suddenly, and which future generations will have to struggle with even harder in order to manage.  Again, the subject of how best to run an economy should constitute serious discussion with our grandchildren.  There will be much more about this in later posts.

Our use of energy provided by non-renewable fossil fuels and our choice of an economy driven by consumption of material resources without much thought for renewal, has placed us in a difficult situation with respect to what I am calling the third “E” of human destiny: ecology.  In using this word I am referring to our relationship as a human family with the natural world.  The “inconvenient truth,” (to use a term coined by former United States Vice-President, Al Gore) that humanity is now facing, is that the ultimate measure of our success will be to create a human presence on the planet that not only recognizes and respects the natural world, but designs its operations to fit within uncompromising physical laws.

The extent to which we are currently failing to do this will be discussed in more detail later, but suffice it to say here that the kind of future our grandchildren will have depends ultimately on whether we design our societies to work within the constraints of Nature, or whether those constraints are imposed upon us by forces far greater in power than anything humanity can do.  This is our ground zero.  It’s the bottom line for all of our deliberations, for all of our philosophizing, and for all of our argumentative preoccupation with human affairs.  We honour this truth, or we suffer enormous consequences.

It is in rising to this challenge that the final two “Es” of human destiny come into play: empathy and enterprise. The findings of research in biology, neuroscience and evolutionary studies, reveal the human being to be a conflicted creature, in part controlled by an “old” reptilian brain that induces aggressive, defensive and self-interested behaviour, but also blessed with a “new” brain, that allows one to be self-reflective and sensitive to the conditions and feelings of others.  The latter faculty we call empathy.  At our best we can be magnificently supportive of the common good and our fellow human beings.  Our challenge as a species is to foster this capacity through creative enterprise to repair the damage already done and design new systems based on better understanding of how to live in an interconnected world.  Again, there will be much discussion about these kinds of possibilities in later posts.

Our Role as Grandparents

As the elders and grandparents in society, we need to ask ourselves how well we understand such fundamental issues and open our minds and hearts to new learning that we can share with our grandchildren to help them design a more successful human presence on the planet than our generation has so far achieved.  Much of the commentary in this blog will focus on the interplay of empathy and enterprise as a proactive approach to life.

And so we have come to it: the greatest opportunity for enlightened courageous action that humanity has ever had.  I look forward to engaging with you on how we might best support each other in what needs to be done, in part for our own best interests, but more importantly for the best interests of our grandchildren and the generations that follow them.

This article is also posted on Desmond Berghofer’s Blog, Grandparentsforthefuture