There is a certain logic to events that pushes you along a certain path. You go along the path that feels the most true, and most according to the principles that are guiding you, and that’s the way the decisions are made. (author unknown)

That seems like the ‘rational’ way to make decisions – a true path, guiding principles, common sense and logic. Then why do humans end up on the wrong side of so many decisions? To be irrational is to be affected by loss of usual or normal mental clarity, leading to poor choices. (Editor comments: RMontpellier)

One of the most enduring conservative causes is deregulation. Government regulation is burdensome, a drag on commerce, a nuisance for “job creators.” Often, that regulation is around disclosure – sharing information that customers or the public need to make informed choices. The ideal world of the radical deregulators – the Randians’ deified “makers,” has one guideline – caveat emptor. In that world, we are all “ups,” that is, customers on the used car lot. It’s our job to figure out what is going on, and we are only as secure as the salesman is honest. This sure worked well in the financial industry leading up to the 2008 collapse. Remember? Real estate values would never fall. Mortgage-backed securities? Maybe the best engine for wealth creation ever. Leave it all to the smartest guys in the room. Uh huh.

The battle raging right now over fracking is just such a regulatory tussle. Trust us, we are told. The chemical brew used to coax reluctant oil and gas from deep shale is safe, not a threat to ground water. And anyway, the exact mixtures are trade secrets. The earthquake connection? Forget that, folks. What is more important than cheap gas for the car? And all that noise about silica sand? Just that, noise.

Look in your clothes closet. See how rarely “Made in USA” appears. (For me, it’s mostly a few near-antique tweed sport coats with a new lease on life – I can wear them less often because of chronic winter warmth.) Now check how often you see “Made in Bangladesh.” Ah, just as I thought. Now try to convince yourself that folks like you and me have no responsibility at all for the horrible factory building collapse – where the death toll just passed 600. Right, it’s that big, bad building owner’s fault. Punish him and all will be well. Elizabeth Cline knows better. Based on an interview on Terry Gross’s consistently amazing Fresh Air show, Cline’s book just might become the first volume on fashion that I ever read. Well, it’s sort of about fashion.

And what about the continuing decline of vital pollinators? Just read this article that dances all around the issue, seeking some natural cause. I am sure natural causes are part of the problem with colony collapse disorder, but do you think the main cause could, just possibly, be those amazing “new generation” pesticides, the nicotinoids? The European Union thinks so. But not us here in America, land of the government run by and for the big corporations. Some groups are fighting to get a ban here as well – here.

Where is the Common Good?

These are just three examples where the long-term common good is pretty much missing from the debate. Should cheap gas, damn the environmental consequences, be the driving force behind energy policy? Should cheap, fashionable clothing trump worker safety and survival in the poorest corners of the world – where that business has migrated over the past three decades? Should agricultural chemical manufacturers, with their stranglehold on the political process, be allowed to beguile us with low-priced processed foods based on factory-farmed monoculture, while ignoring the long-term destruction of nature?

In each case, the industry making big current money without regard to long-term harm would be glad for us not to know what the man behind the curtain is up to. What if every fracking decision were made on a full disclosure of the chemicals, the process and the implications? What if the Wal-Marts, the H&Ms and Targets were held accountable for the factory inspections they wink at, and minimum standards for worker welfare were actually enforced? What if decisions on agricultural chemicals were tilted in favor of safety rather than expedience?

The world we create is the sum total of our decisions every time we buy something. And we really do have choices. But we have to be willing to “know what we don’t want to know.” So it seems to me that we have three tasks:

In a terrific book I am reading right now, emotional intelligence guru Daniel Goleman argues strongly for “radical transparency.” Radical transparency, in the author’s words, “converts the chains that link every product and its multiple impacts – carbon footprints, chemicals of concern, treatment of workers, and the like – into systematic forces that count in sales. Radical transparency leverages a coming generation of tech applications, where software manipulates massive collections of data and displays theme as a simple readout for making decisions. Once we know the true impacts of our shopping choices, we can use that information to accelerate incremental changes for the better.”  Is Goleman too idealistic? Maybe, but we don’t really know because we have not really tried. One tool the author promotes in the book is Good Guide, developed by Dara O’Rourke. This site collects information on a variety of protection standards, and rates products from personal care to pet food to automobiles. I have spent some time on the site, and it looks helpful – especially in the way a user can fine-tune results for particular priorities. Goleman’s book goes into much more detail about how we can make the right choices easier. Check out Good Guide and see if it doesn’t help you make some wiser choices. And it also is bottom-up pressure, as compared to top-down regulation.

But what about expanding those choices? That will take system change. And here in the good old USA, big corporate money does not talk, it shouts down other interests. All of them. To change that, we need a much less corporatist Supreme Court. To get that, we need fair elections and a process that is not unduly influenced by the big spenders.

Universal, easy access to information that drives big-picture decisions. Quixotic? Probably. But what if we really try? Think of it as a lemon law for all occasions. We don’t have to be a nation of “ups.”

Welcome to BoomerWarrior. It’s For YOU! 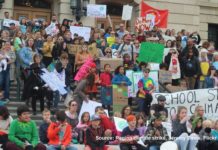 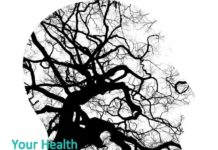 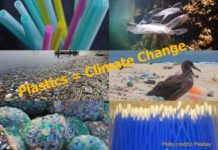