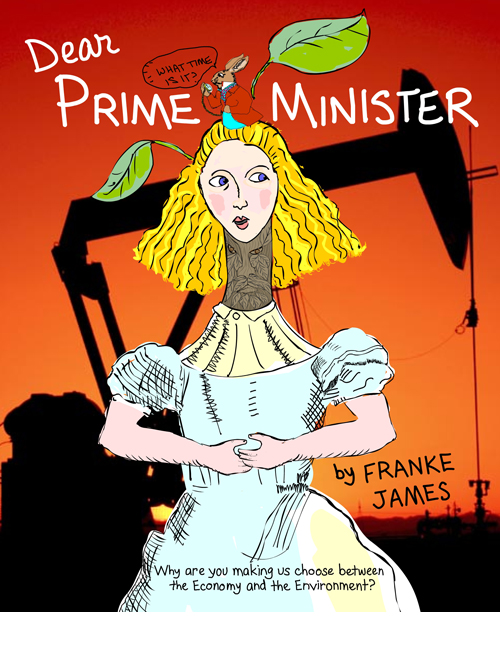 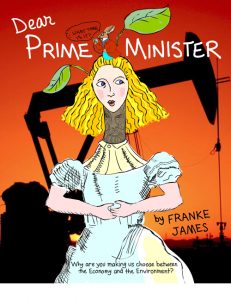 Franke James’ Banned on the Hill Campaign has the potential to not only embarrass the Harper Government but also add another nail in the coffin of the Conservatives who have been plagued by scandals, corruption, lies, criminal investigations and a sharp decline in the credibility of the man himself. Stephen Harper’s days are numbered. The next election is is scheduled for Oct. 19, 2015. The total number of days between Friday, June 28th, 2013 and Monday, October 19th, 2015 is 843 days.This is equal to exactly 2 years, 3 months, and 21 days. But who’s counting? I am. (Editor ~ Rolly Montpellier)

This is one of the reasons why I’m strongly supporting the Banned on the Hill Campain engineered by Franke James. She dared to speak up against a government’s collusion with Dirty Oil through the use of Censorship directed against her. I encourage you to express your support by contributing to her campaign – Banned on the Hill. The first stop for the campaign was in Ottawa in late May. You can help send Banned on the Hill to Vancouver or Washington, D.C.

You can view the Dear Prime Minister visual essay (copyright 2008). It is a fascinating and unique collection of eco-politico art.

Another amazingly powerful visual essay. The message is so clear with excellent research to back up your statements. The reference to China is especially poignant because it proves that the problem can be remedied – it’s not too late. The weeping tree towards the end of the essay is brilliant. I will also cast my vote for the candidate who believes that it is an inherent obligation to care for the environment for the sake of future generations.