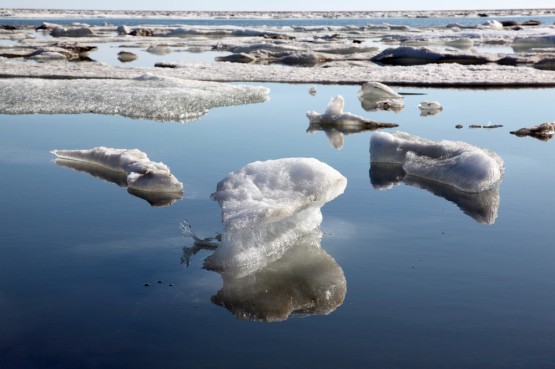 As 2013 draws to a close, news aggregators, media organizations, bloggers and newspapers are racing to put out their best of and their worst of 2013 lists for just about everything you can think of – books, albums, movies, cars, websites, apps, etc. Others focus on the top stories of the year – news events, politics, science, technology, sustainability, renewable energy, the environment, global warming, climate change, natural disasters, and so on.

These articles/reports do make for interesting reading but they fail to capture the single most important event, or perhaps ‘non-event’ of the year – our failure to tackle climate change with decisive action.

The cumulative effects of successive rounds of failed climate talks are far more sinister for humanity than the individual climate-related disasters listed in theguardian’s 2013 archives on Natural Disasters and Extreme Weather. The archives summarize the multiple climate-related disasters that have disrupted the lives of millions and caused billions in property damage around the globe in 2013.

One could easily focus on the wreckage caused by Typhoon Haiyan which has killed over 5,000 people and caused over $5 billion in damages. But that would be but a single drop in the proverbial bucket. Flooding events, massive wildfires, prolonged droughts, rising methane levels, rising sea levels continue to point towards a dismal climate picture for 2014.

Damian Carrington (the head of environment at theguardian) looks back at this past year: 2013 climate year in review: ‘the heat is on. Now we must act’.

On 10 May 2013, the concentration of climate-warming carbon dioxide in the atmosphere passed the milestone level of 400 parts per million for the first time in human history.

In September, a landmark report on climate change science from the Intergovernmental Panel on Climate Change (IPCC) concluded it was “unequivocal” that global warming was the result of human actions.

Yet in spite of such milestone events and an overwhelming consensus of the world’s scientists about the urgency of the climate crisis, climate talks continue to sputter. We repeatedly squander opportunities to take the kind of action required to deal with this climate crisis. Climate talks are failing.

The most recent international effort to achieve a political agreement to tackle climate change took place in November and ended poorly. The next critical date to achieve a global deal is set for 2015 in Paris when the big breakthrough is expected.

Governments have until the first quarter of 2015 to publish plans to curb emissions starting in 2020. This is far from laying the groundwork for the Paris conference of 2015 which is to result in the definitive new global deal on emissions. Many experts regard the 2015 conference as the last chance for saving the planet from catastrophic weather systems and environmental turmoil never witnessed by mankind during its relatively short history on the planet. (from Climate Talks Are Failing).

ThinkProgress has recently pointed out 9 reasons why 2013 was not the best year in human history. One of the reasons is that “countries suffer disasters, but still commit to doing even less about emissions.” It leaves one to wonder why countries like Australia and Japan have decided to do even less to combat climate change in spite of suffering catastrophic climate-related natural disasters.

Australia experienced its hottest months on record and multiple wildfires but the newly elected Tony Abbott government is moving ahead with its pre-election promises to dismantle the country’s carbon tax and reverse much of the progress accomplished by the previous government.

Japan has been hit by damaging typhoons but is pulling back on its current commitments to “cut its 2020 target from 25 percent to just 3.8 percent below 2005 levels.” Such political acts resulting in inaction on climate change are incomprehensible.

Many experts believe that the window on humanity’s ability to prevent runaway climate catastrophe is closing. So the heat is on. Humanity must act quickly to reverse the downward spiral of destruction and havoc caused by an increasingly hostile global climate.