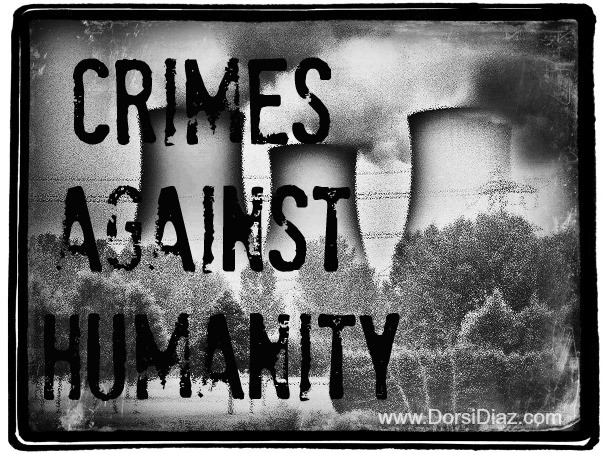 James Hansen, head of the NASA Goddard Institute for Space Studies in New York City from 1981-2013, has this to say about the continued climate denial campaign that has been rampant for decades: “CEO’s of fossil energy companies know what they are doing and are aware of long-term consequences of continued business as usual. In my opinion, these CEO’s should be tried for high crimes against humanity and nature.”

Anticipating charges to be brought against those funding and propagating the climate dis-information movement, Hansen went on to say, “If their campaigns continue and “succeed” in confusing the public, I anticipate testifying against relevant CEO’s in future public trials.”

As climate change continues to rear it’s ugly head through extreme weather events, a new study  gives further proof that the effort to discredit climate change science is alive and well. The author of the study, Drexel University sociologist Robert Brulle, said money is being spent by wealthy individuals and corporations to fuel a ‘climate-change counter movement’.

Brulle says,“This is how wealthy individuals or corporations translate their economic power into political and cultural power.” The study found that:

The anti-climate effort has been largely underwritten by conservative billionaires, often working through secretive funding networks. They have displaced corporations as the prime supporters of 91 think tanks, advocacy groups and industry associations which have worked to block action on climate change. Such financial support has hardened conservative opposition to climate policy, ultimately dooming any chances of action from Congress to cut greenhouse gas emissions that are warming the planet.

Some scientists point to this counter movement as‘crimes against humanity.’

In another report this year, Secret funding helped build vast network of climate denial think-tanks, it was disclosed by the Guardian that, “Conservative billionaires used a secretive funding route to channel nearly $120m (£77m) to more than 100 groups casting doubt about the science behind climate change.”

It was estimated that $118m was distributed to 102 think-tanks or action groups which have a record of denying the existence of a human factor in climate change.

Donald Brown, an associate professor in environmental ethics, science and law at Penn State University, has this to say about climate science disinformation:

We may not have a word for this type of crime yet, but the international community should find a way of classifying extraordinarily irresponsible scientific claims that could lead to mass suffering as some type of crime against humanity.

To learn more about climate change and receive alerts about extreme weather events, join Citizens Concerned about Climate Change on FaceBook. You can follow Dorsi Diaz on Twitter and also subscribe to her upcoming articles on the “subscribe” button above in this article.

Dorsi Diaz is a Writer, a Climate Change Activist and an Art Educator. She writes at HubPages and is also the climate change reporter for the San Francisco Examiner. Dorsi is an avid photographer and has been a working artist for over 25 years, exploring several different types of mediums, including fine arts, graphic design and photography.

You can follow Dorsi Diaz on Twitter and also here at HubPages where she publishes articles about climate change and educating through art.