This post is largely inspired by Chris Turner’s 2013 book, The War on Science: Muzzled Scientists and Wilful Blindness in Stephen Harper’s Canada. Turner provides both the narrative and historical facts about how the Conservatives under Stephen Harper have declared a war on knowledge. Canada is witnessing a systematic and wilful attack on its scientific community and heritage institutions.

There is trouble in the realms of science and knowledge in Canada. Factual information that is not useful to support government policy and economic growth is ignored. This obsessive political focus on economics ignores the environmental peril, with consequences our grandchildren will inherit.

March of the Lab Coats

The March of the Lab Coats is the title of the first chapter in Chris Turner’s book. It documents the ‘Death of Evidence’ march – a mass of white lab coats marching on Parliament Hill in Ottawa in May of 2012. This action taken by scientists marked the first time this ordinarily demure, reasonable, reserved and cautious group felt compelled to hit the pavement to protest the unprecedented actions of the Federal Government. Turner speaks of the traditional “sort of implicit understanding between scientists and politicians” that facts and science are the foundation of sound policy-making. Under Harper, there is an erosion of this “pact between evidence and policy…an evidence-based social contract.” In reference to scientists in Ottawa, Turner writes:

they place the highest virtue on reasoned argument and cloistered study, proceeding from the core belief that scientific evidence, objectively gathered and impartially analyzed, must always trump opinion and argument.

Bill C-38: a war on knowledge and the environment

Bill C-38 which was passed in June of 2012 was seen as an assault on environment legislation and regulations, as well as climate change. The bill reduces the Government’s obligations to report on climate change targets and policies.

Many saw the changes to the environmental review process as an attempt to expedite the rapid approval of mega-energy projects involving the Oil Sands and the pipelines to carry the bitumen to market.

On another front, by amending the Coastal Trade Act, the Federal Government was able to open over 900 thousand hectares of Arctic waters for drilling. The list of cuts to federal programs and research facilities is astounding.

In June of 2012, Rabble.ca outlined 10 reasons to oppose the bill. It turns out that the concerns expressed when the bill was first introduced were completely ignored. The Harper Conservatives forged ahead with its brutal agenda against the Environment with the support of industry advocates who requested significant regulatory changes to six pieces of legislation – the Canadian Environmental Assessment Act, the Navigable Waters Protection Act, the Species at Risk Act, the Fisheries Act, the National Energy Board Act, the Migratory Birds Convention Act. Industry got what it wanted.

is best understood as a categorical dismissal of the primacy of basic sciences in government affairs and a declaration of open hostility to fact-finding in the environmental sciences.

the Harper government has consistently aimed to diminish the government’s role in environmental stewardship by…reducing the capacity to gather basic data about…the Canadian environment, by shrinking or eliminating offices and organizations…that monitor and analyze the evidence and by seizing control of the communications channels by which all of the above (agencies, NGOs) report their findings to the Canadian public.

Silence of the Labs

The Silence of the Labs is a feature that aired recently on the CBC (Canadian Broadcasting Corporation). It tells the story of how “scientists have become unlikely radicals denouncing what they call is a politically-driven war on knowledge.”

The film documents the “bitter conflict between ideology and knowledge” and tells what happens when “factual discoveries raise inconvenient questions for politicians.”

In the past few years, the Harper Government has cut funding to hundreds of programs and research institutes dismissing over 2,000 researchers, lab workers and scientists. Many environmental programs have been drastically cut or simply ended – monitoring of smoke stack emissions, food inspections, oil spills, water quality, climate change.

Dr. Peter Ross is a Canadian marine mammal toxicologist. He worries that:

What we have done in Canada is turn off the radar.  We are flying along in an airplane, and we’ve put curtains over the windshield of those pilots, of that flight-crew, and we’ve turned off the instruments. We don’t know what is coming tomorrow, let alone next year in terms of some of these potentially catastrophic incidents in our oceans.

The war on knowledge is driven by Stephen Harper’s vision of flat-out resource exploitation, regardless of the far-reaching environmental degradation. Science and knowledge that support that vision do well but facts that are a nuisance to politicians do not do as well.

In his 2006 election victory speech Stephen Harper said “our great country has voted for change.” Few Canadians could imagine what would unfold – a callous assault on reason and war on knowledge. Canadian environmental law has been gutted damaging Canada’s reputation among scientists around the globe.

In his closing paragraph, Turner writes:

The next Canadian federal election is scheduled for October 19, 2015 – some 600 days away. Will the Canadian electorate put an end to the Stephen Harper anti-science agenda by defeating the Conservatives at the polls? Will the electorate elect a new government that will repair the wilful dismantling of science and knowledge institutions undertaken by Stephen Harper?

In the meantime, the Harper agenda continues to unfold:

Dear Adults: You Are Failing Us On A Global Scale 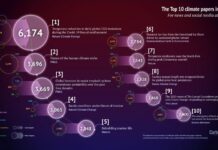 The Top Ten Climate Papers of 2020

Say NO to Thermal Coal Exports

To move Canada beyond coal altogether, we must work to put an immediate end to thermal coal production and exports.