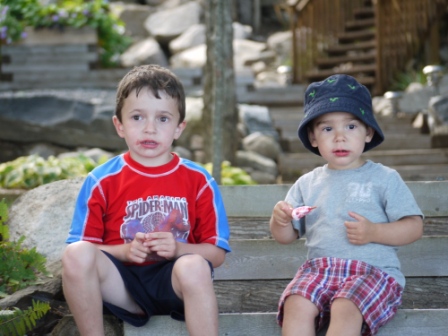 All of us who have children and grandchildren would do anything for them. We want them to succeed, be healthy and grow up to be responsible and productive members of our society. We always thought from our own upbringing that our own offsprings would inherit a better world than we inherited from our ancestors. That has always been the covenant. But something has gone really wrong with that paradigm.

Our world now faces a climate change and global warming crisis never before encountered in the history of humankind on Planet Earth. Many of us are actively involved in thousands of ways to reverse this downward spiral of environmental degradation. Today’s children will be the most affected by changes in the Earth’s climate.

What Kids are Doing on Climate Change

Have you wondered what kids are doing on climate change? Do they have a role to play? After all, they did not create this problem. We adults did. But the imagination, creativity and candidness of children are strong weapons in the war on global warming. They seem less distraught by it than I am. Their inexhaustible stockpile of confidence, hope and optimism inspire me on a daily basis. I would like to share with you a few of the many good stories I’ve come across on what kids are doing on climate change.

Cool it for the Kids

Gaye Taylor, the Executive Director of Cool it For the Kids, wrote:

It was with the affirmative, and therefore transformer, power of children in mind that a group of Ottawans (including parents, grandparents, and young people) recently founded Cool It for the Kids, an educational non-profit dedicated to helping children and youth educate themselves, each other, and especially us less optimistic adults, about climate change. Children will yet prove the best advocates for, and champions of, our beleaguered planet home.”

The Art of Climate Change

The Art of Climate Change is a project (by Dorsi Lynn Diaz) which uses art as a way to place the focus on climate change and to engage kids in a positive framework of dealing with this issue:

This is the biggest reason I am doing this project. I want to be part of the solution to securing their future. One of the big parts of this project is teaching the kids. Right now I am doing a series of projects with them on endangered animal species. The way I look at it is if we can “teach the children we can touch the world.” Their artwork will be prominently displayed in the art/show exhibits.

Young Voices for the Planet

A film series featuring young people who are making a difference! They are shrinking the carbon footprint of their homes, schools and communities…..Kids Have Power.

We think perhaps all of us should ask ourselves these same questions. A Presentation from a recent Stop Monsanto rally by a nine year old which will blow your socks off when you hear it. So wise and so young. People – Stand Up and be counted for mother earth, fellow humans and all life’s creatures.

Rolly Montpellier is the Co-founder and Managing Editor of Below2°C.Org. He’s also a  Climate Reality leader (Climate Reality Leadership Corps), a blogger and an activist. He has been a contributor to the Climate Change Guide, The Canadian, ClimateMama, The Hill Times, World Daily, The Elephant, CounterCurrents, 350Ottawa and MyEarth360.