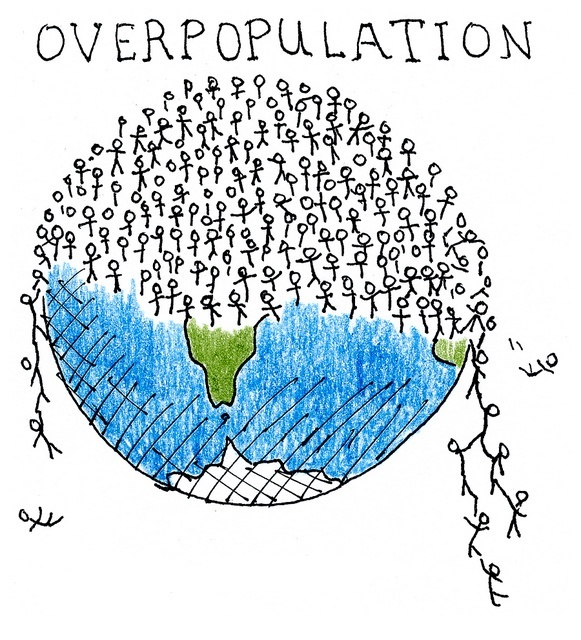 It took humanity 50,000 years to reach 1 billion people. It then took about 200 years to go from 1 billion to 7 billion.  The world’s population is growing at the rate of 1.1 percent per year; if this rate continues, we will have over 9 billion people on the planet by 2050. There are about 4 babies being born and less than 2 people dying every second.

There Are Too Many of Us

In Overpopulated (BBC documentary), Hans Rosling who is a statistician shows our world in a new way. He’ll tell you how the world’s population is changing and what today’s data tell us about the future of the world we live in. Professor Hans Rosling will show you how things really are.

Seven billion people now live on this planet of ours. When some people think about the world and its future they panic. Others prefer not to think about it at all. We undeniably face huge challenges, but the good news is that the future may not be quite as gloomy and that mankind already is doing better than many of you think. (Hans Rosling)

In this video, David Suzuki uses a 60-minute growth cycle to show how exponential population growth is “ultimately suicidal.”

Our home is the biosphere. It’s fixed and finite. It can’t grow and we’ve got to learn to live within that finite world. Every scientist I’ve talked to agrees with me. We’ve already passed the 59th minute of a 60-minute growth cycle.

Everything Is About Growing

It is not possible to go from 1 to 7 billion people in 135 years – while still growing exponentially – without profound impacts upon natural ecosystems that provide air, water, food and livelihoods….Merging climate, food, water, ocean, soil, justice, poverty, and old-growth forest crises – all which are to some degree caused by inequitable overpopulation – are destroying ecosystems and threaten to pull down our one shared biosphere.

Earth has lost 80% of her old-growth forests, 50% of her soil, 90% of the big fish – and many water, land, and ocean ecosystems, as well as atmospheric stability – as human population has soared more than sevenfold. The human family is living far beyond its means, devouring natural capital principal and ravaging its own ecosystem habitats, which can only end in ecological, social and economic collapse.

Earth’s carrying capacity has been exceeded, and we must equitably and justly bring down human population and consumption inequity or else face global ecosystem collapse. We can start the necessary social change or an angry Earth will sort it out herself by killing billions, as we possibly pull down the biosphere with us, ending most or even all life, during a prolonged collapse. (Source: Glen Barry Blog)

Rolly Montpellier is the Founder and Managing Editor of BoomerWarrior.Org. He’s also a  Climate Reality leader (Climate Reality Leadership Corps), a blogger, an activist and a Climate Change presenter. You can also follow him on Facebookand Twitter.
He has been a contributor to the Climate Change Guide, The Canadian, ClimateMama, The Hill Times, World Daily, Georgian Bay News, The Elephant, CounterCurrents, 350Ottawa and MyEarth360.