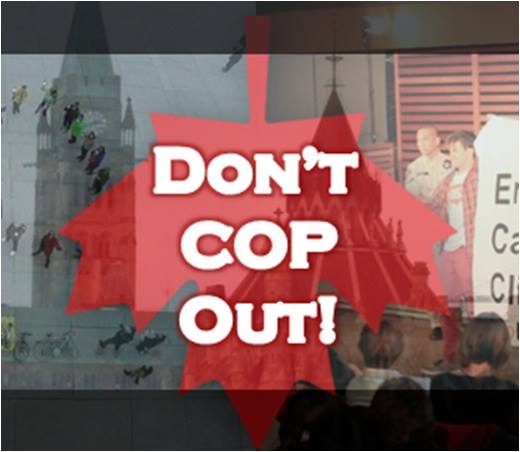 The 20th session of UN climate negotiations starts today in Lima, Peru. Negotiators and diplomats from around the world are optimistic. The Guardian reports that this is “the best chance in a generation of striking a deal on global warming.”

After a 20-year standoff, diplomats and longtime observers of the talks say there is rising optimism that negotiators will be able to secure a deal that will commit all countries to take action against climate change.

The climate talks (lasting from December 1-12) are meant to lay the foundation for a new universal climate change agreement in Paris in 2015, to come into effect in 2020.

The renewed optimism stems from the recent US-China deal which will see the US reduce its emissions by 26-28 percent from its 2005 levels by 2025. China will cap its output of emissions by 2030 and pledges to increase its use of renewable energy to 20 percent by 2030. The EU has already committed to emissions cuts of 40 percent from 1990 levels by 2030.

The challenges for negotiators are formidable. More than 190 countries are working on multiple drafts for a climate agreement intended to be adopted in Paris in 2015. Getting all countries aboard prior to Paris2015 will be a crucial test for the Lima conference. The landscape of climate talks dating back to 1992 is littered with failures.

During the 1992 Earth Summit in Rio de Janeiro, countries agreed for the first time to take action on climate change by reducing their emissions of carbon dioxide and other greenhouse gases. The agreement however was not binding. Nothing changed and emissions continued to rise.

In 1997, almost 200 countries signed the Kyoto Protocol which included legally binding targets for the reduction of emissions. Although considered a tremendous success at the time, Kyoto has become a disappointment. The US never ratified Kyoto and Canada officially pulled out in 2011. Developing countries like China, India and others were excluded from Kyoto. Little has changed and emissions continue to rise.

In 2009, the hope to negotiate binding targets at the Copenhagen Summit died as the conference collapsed in disarray. The best that could be achieved was the signing of a non-binding pledge to keep temperatures from increasing more than 2 degrees Celsius. This political compromise allowed some delegates to leave the conference with a twisted sense of accomplishment but most delegates left in utter despair.

Experts now agree that the current emissions trajectory will take our planet beyond the 2 degree Celsius threshold to a 4-6 degree Celsius warmer future. This would represent an existential crisis for many of the species on the planet including humankind. But countries continue to ignore their commitments and emissions continue to rise.

The Concern of Youth

Anjali Appadurai was a 21 year-old Canadian college student when she attended the 2011 UN climate conference in Durban (South Africa). In her Get It Done speech delivered to conference attendants on behalf of young people, Anjali said:

You have been negotiating all my life. In that time you’ve failed to meet pledges, you’ve missed targets, and you’ve broken promises.”

Anjali was born the year world leaders began climate talks and negotiations with the goal of preventing global warming. Over two decades have gone by and emissions continue to rise.

Negotiators must give this round of talks the crisis treatment. There is no time left for humanity to procrastinate and obfuscate. Climate talks have been ongoing since the nineties and after 20 years of discussion, there is little to show for it. Christiana Figueres, Executive Secretary of the UN Climate Convention says it well:

Never before have the risks of climate change been so obvious and the impacts so visible. Never before have we seen such a desire at all levels of society to take climate action. Never before has society had all the smart policy and technology resources to curb greenhouse gas emissions and build resilience. All of this means we can be confident we will have a productive meeting in Lima, which will lead to an effective outcome in Paris next year

At the end of this historic opportunity to save humanity from the perils of climate change, I and millions of others around the globe, will look to the Lima delegates and ask this question:

History knocked on your door, did you answer? ~ Naomi Klein