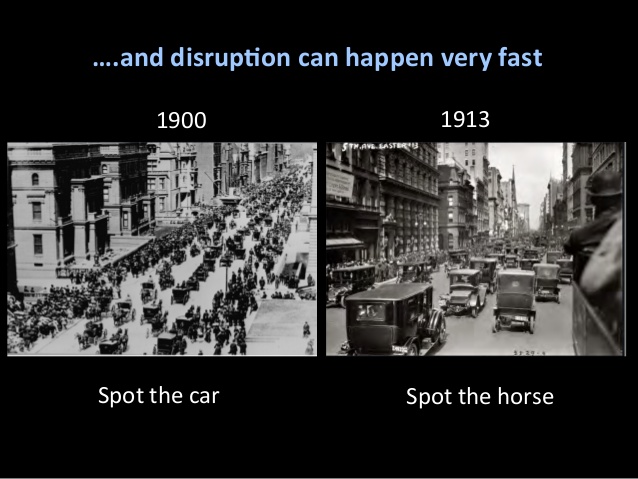 We are witnessing unprecedented climate change. And we are attempting to respond to the threats and the challenges brought about by a warming planet. The great global transition for our survival has begun.

In The Winning of the Carbon War, Jeremy Leggett deals with the “power and the politics on the front lines of climate and clean energy.” In the accompanying video he features the top ten stories driving the great global transition. According to Leggett, “in 2013, the tide began to turn. By 2015, it was clear the war could be won.”

Humanity is in a race, a kind of civil war.

On the light side the believers in a sustainable future based on clean energy fight to save us from climate change. The dark side defends the continuing use of fossil fuels, often careless of the impact it has on the world. (Source: The Winning of the Carbon War prologue).

In the following video presentation, Leggett spends a few minutes on each story to show why he’s now become cautiously optimistic that we can indeed win the carbon war. Only a year ago he was largely pessimistic and tired of banging his head against a brick wall.

There are troublesome signs that the Paris Agreement may be in jeopardy. Major countries and the EU have yet to ratify the agreement and the overall pace of ratification is disappointing. As of June 29, there are 178 signatories to the Paris Agreement but a mere 19 countries have also ratified the agreement. This accounts for a mere 0.18 % of global greenhouse gas emissions.

But Jeremy Leggett, now sailing with a fresh wind of cautious optimism, looks at the post-Paris era with more rosy spectacles. Following are a few excerpts from the Epilogue of his latest book.

The agreement achieved there shows what we can do, when we pull together: all 195 of our governments in harness with so many civil-society actors, of such great variety. There can be little doubt that the collective success will encourage governments to attempt other acts of multilateral gymnastics.

Can all this amount to a direction of travel for sapiens, in the post-Paris world, wherein we might be able to organise ourselves well enough…. to take steps back from the brink of many of our worst problems?

A world well on the road to being run 100% on renewable energy, and all the other social benefits a global action plan consistent with the Paris Agreement would bring, can still find itself sliding into darkness scenarios, all too easily.

We are in a race against time….The carbon war is not won…But one thing is clear to me. What happened in Paris in December 2015, and the run-up to it from 2013, keeps the dream of human renaissance alive. I do not think it would still be breathing, had Paris failed to send a strong signal.