Below 2C
Home Climate Climate Action Crisis is Opportunity, Even During the Trump Presidency 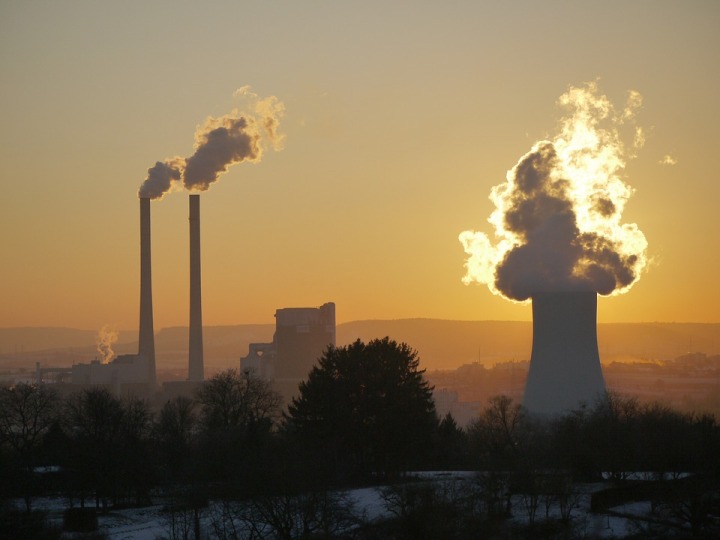 In this article, Ellen Moyer explores the environmental doomsday that might unfold as the Trump presidency unleashes its assault on the environment. But more importantly, she believes that crisis is opportunity even during the Trump era. Ellen is a regular contributor to BoomerWarrior.Org.

For someone with such immense financial wealth—and now power—President Trump displays a baffling “can’t do” attitude and “poverty mentality.” In his worldview, coal miners and mine owners can do only one thing to survive: mine coal. And the rest of us can do only one thing to help save them: keep buying and burning coal. The President is doing his best to deliver on his promise to revive the coal industry and “cancel job-killing restrictions” on energy production.

Who Will Pay the Price?

“Donald Trump is hoping to install the most anti-environmental cabinet in our nation’s history,” says Gene Karpinski, president of the League of Conservation Voters. Sure enough, on February 17 Scott Pruitt was sworn in as administrator of the US Environmental Protection Agency (USEPA). Pruitt, with a record of fighting environmental protections, has repeatedly sued the USEPA.

Last week President Trump scrapped the “stream protection rule” aimed at stopping the coal mining industry from dumping waste into nearby waterways. If they are less protected from the environmental effects of coal mining, citizens—and the unborn—will suffer and possibly die from impacts ranging from climate disruption to air and water pollution. Additional impacts include mining accidents and the destruction of plants, animals, and habitats.

Air pollution generated from the burning of coal kills. According to a new study, pollution from power plants in Ohio and Pennsylvania alone, many of which burn coal, caused up to 4400 premature deaths in the US in 2015. This came with an estimated $38 billion price tag.

In the President’s view, however, we can’t protect both our environment and jobs. Accordingly, he has vowed to pull out of the Paris climate agreement. President Trump acts as if we’re not clever enough to green our technology and economy, as if we have no choice but to take chances with our children’s future just to scratch out an existence. Must our nation really cling to outdated, inferior, and damaging technologies such as coal burning when economically competitive cleaner and safer alternatives such as solar energy stand at the ready?

Good News You Never Hear About

Upgrading to a sustainable way of life—one that can continue indefinitely without depleting or degrading vital resources—need not require difficulty and sacrifice. Often, sustainable solutions are not that hard to devise and implement. Putting them into practice can empower us and improve our quality of life, beginning right away. For example, a startup company in Kentucky, recognizing the capacities and skills offered by coal miners, hires and teaches them to write code as Web developers. “We’re not shipping coal out of here anymore,” said one manager. “We’re shipping code.”

What’s more, we don’t have to come up with a vast number of solutions; a few key changes can go a long way. For example, two actions—cancelling taxpayer-funded subsidies for burning of fuels, industrial agriculture, and logging, and making contraceptives available to women who want them—would improve our climate, save us money, and address other areas of concern, such as health.

We already possess the capacities and tools we need to create a sustainable world for ourselves. We can:

We Have What It Takes

More than two-thirds of Americans are dissatisfied with the way things are going in the US, and many worry about environmental issues. We can make things better. If we focus on all we have going for us, we’ll feel more confident. Feeling more confident, we’ll try harder. Trying harder, we’ll more likely succeed. Consider these reasons for us to have an optimistic outlook:

Crisis Is Opportunity Even in Trump Presidency

Crisis either does us in or kicks us into overdrive to do things we might never have thought possible. Even as the President and his colluders tear down institutions and policies that protect citizens and their environment, protesters are taking to the streets in record numbers.

Could this be the most exciting, most dangerous, and most important time in all of human history? Everything we hold dear is at risk—our climate, health, living things, democracy, and more. What we do today could drastically shape the future of our species and countless others. Will we continue along Trump’s “road to ruin”­—like lemmings running off a cliff? Or will we veer onto a path of safety and prosperity just in time?

In the 1960s and 1970s, US citizens demanded and manifested drastic change to protect the environment, civil rights, public health, and women’s rights, and end the Vietnam War. Since then, we’ve become complacent, not realizing that we need to continuously defend our health, our rights, and our planet from short-sighted, powerful people. Our leadership position in the world has diminished. China invests more than twice as much as the US in alternative energy.

Humans have made astounding achievements in language, mathematics, science, engineering, art, music, philosophy, and more. Half a century ago, Americans put a man on the moon when they initially had no idea how they would do it. Today, we know what to do to get onto a sustainable path. What has happened to American’s sense of leadership and “can do” attitude?

President Trump’s reckless environmental policies have our species heading straight for the rocks even faster than before. We absolutely can change course, and more easily than we might think. Let’s get to work, right now.

Ellen Moyer is an environmental consultant and registered professional engineer with a BA in anthropology, an MS in environmental engineering, and a PhD in civil engineering. Her third book, Our Earth, Our Species, Our Selves: How to Thrive While Creating a Sustainable World, quickly became Amazon’s “Hot New Release” in the categories of Green Business, Nature Conservation, and Environmentalism.

Visit www.ellenmoyerphd.com to sign up for her free environmental petition-signing service and connect with her on LinkedIn and Facebook.