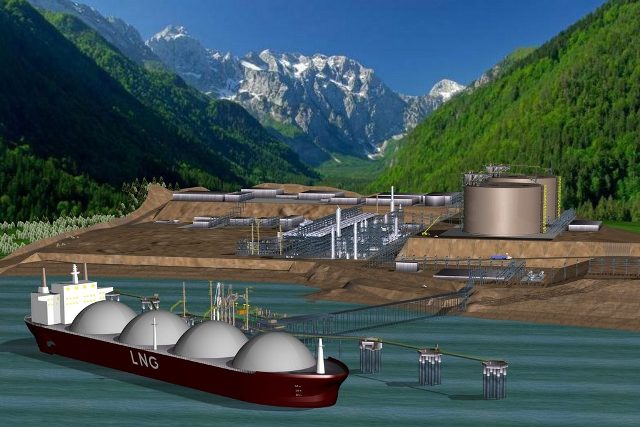 Canada is doubling down on fossil fuel infrastructure expansion. In May the Trudeau government bought a pipeline — Kinder Morgan’s Trans Mountain project — with $4.5 billion taxpayer dollars. And now the Prime Minister is celebrating the $40 billion British Columbia announcement of the massive LNG (Liquefied Natural Gas) project.

Doubling Down on Fossils

Prime Minister Trudeau was all smiles at the press conference saying “it’s a good day for Canada.” He added “It is a vote of confidence in a country that recognizes the need to develop our energy in a way that takes the environment into account.” But that’s a false statement by Trudeau. The environment will be negatively affected as emissions will continue to climb. The Liberal party mantra of “the economy and the environment go together” is once again proven wrong.

B.C. has committed to meet legislative targets of 40% below 2007 levels by 2030, 60% by 2040 and 80% by 2050. These targets were detailed in legislation passed in May 2018  (Source: BC Government backgrounder). The LNG project will be a major greenhouse-gas emitter for decades and is incompatible with the legislated targets.

The Math is Simple

“Today’s announcement brings with it a defining challenge for B.C.: squaring the imperative to cut carbon pollution while accepting a huge new source of it.”

“The math is simple: adding a massive new source of pollution means we need to do far more to cut carbon pollution from our homes, from buildings, from our cars and trucks, and from other industries as well. It means we will need to be bolder, more ambitious and more innovative. Because the fact is the only pollution we can reliably cut—and be held accountable for—is the pollution created in our own backyard.”

“This year British Columbians experienced the costs and heart-wrenching consequences of a changing climate, from floods to forest fires. And while we need to adapt to those impacts that now feel inevitable, we must also do more to prevent the unimaginable.”

“The government must hold LNG Canada to account and ensure it delivers the world’s cleanest LNG project, as they have promised. And British Columbians must hold their government to account for delivering a climate solutions plan that starts immediately with policies and incentives that put us on track to cut carbon pollution and build a clean economy.”

In an earlier Opinion piece, British Columbians deserve to hear the real cost of LNG, Merran Smith and Dan Woynillowicz of Clean Energy Canada raise doubt over the long-term viability of the gas industry.

“The prospect of developing an LNG industry remains highly uncertain. A global energy transition to clean energy is underway and accelerating. While natural gas will play a role for a time, its long-term future is uncertain — it is not, in other words, a ticket to lasting economic prosperity.”

Not a Good Day for Canada

The LNG announcement is disappointing. Doubling down on fossils goes against every essential climate principle implicit in the Paris Agreement. The world, including Canadians, must accelerate the transitioning to a clean energy low-carbon future.