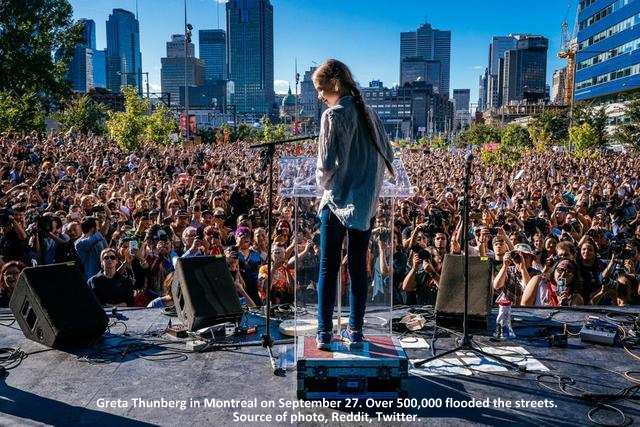 On Friday, September 27, close to a million people joined #ClimateStrike events all across Canada. Many Canadians hit the streets for the first time calling for bolder action on climate change. Worldwide, close to 8 million “took part in 6,135 actions September 20-27, spanning 185 countries and involving 73 trade unions, 3,024 businesses, 820 organizations, and 8,583 websites,” (according to Global Climate Strike) reported The Energy Mix. 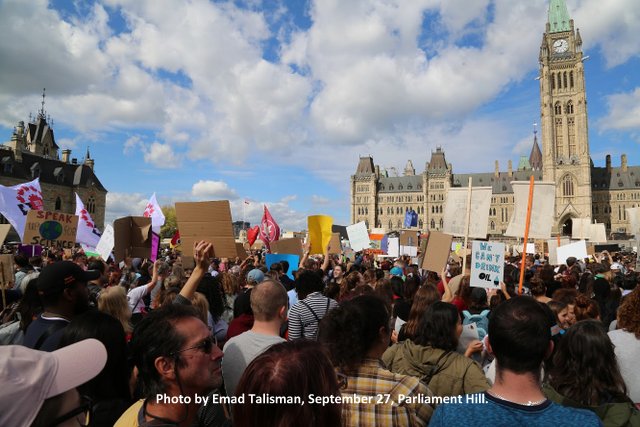 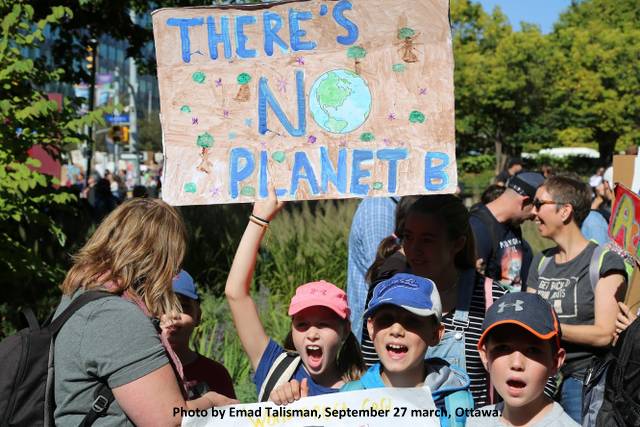 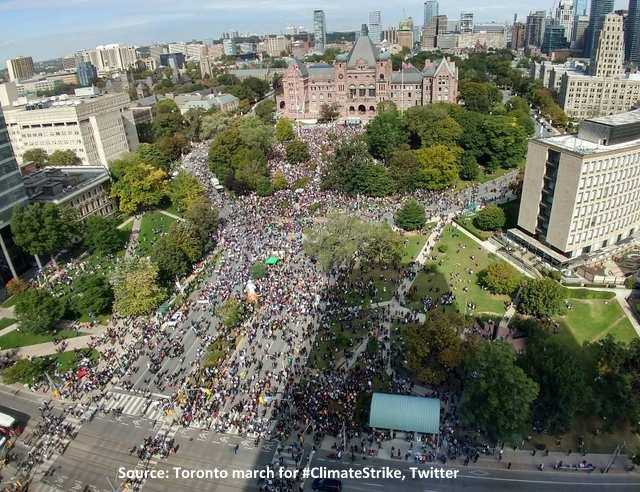 Change is Coming to Canada

In addition to Montreal, Ottawa and Toronto, climate strikers came out in hundreds of centres across every province and territory. The September 27 #ClimateStrike has pushed climate to the top of the political agenda during the remaining days of the federal election campaign.

Yet, this is only the beginning. The focus now turns to keeping this momentum going. The majority of Canadians are concerned about the climate crisis and urging aggressive climate action. But are we ready for bold new solutions that will require personal sacrifice and lifestyle changes?

The challenge is for each one of us marching for the climate last Friday to reach out to at least 10 friends, parents, siblings, work colleagues, anyone, to share our concern about the climate crisis—expanding awareness to 10 million Canadians. No government can ignore such massive numbers clamoring for action on the climate. 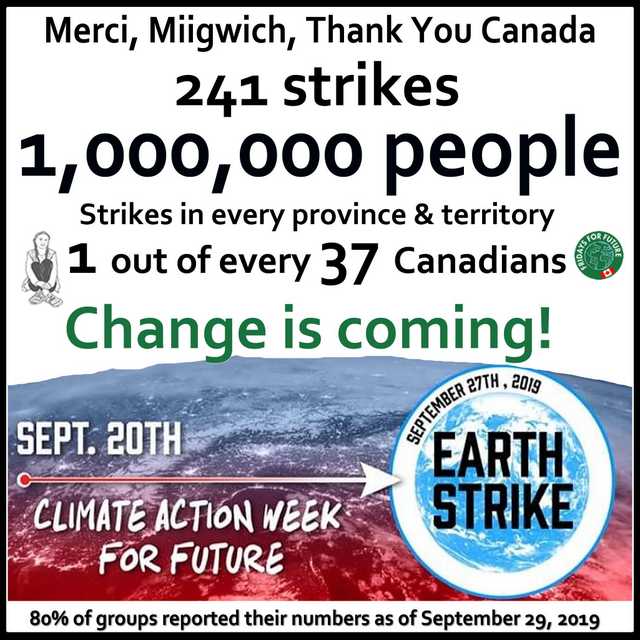