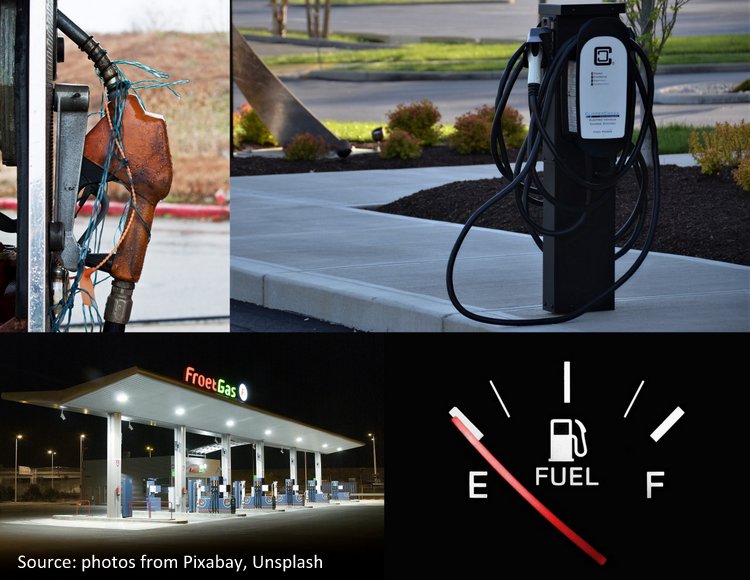 There are over 12,000 gas stations in Canada and about 100,000 in the U.S. That’s a lot of real estate. And as gas cars become obsolete, so too will services catering to ICE (internal combustion engine) vehicles. It’s not a question of if but rather when electric vehicles will make gas stations obsolete. EVs are sure to dominate the car market withing a decade.

Climate change will create business opportunities for some but also be the death knell of businesses providing services for gas-powered cars. “Gas stations and the pollutions they bring to communities'”will all but disappear reports The Guardian.

“Gas stations, by their very nature, are environmental hazards,” says The Guardian. Many are contaminated by oil and gas from old leaky underground tanks which are no longer in use. “While in operation, gas stations pose serious risks to the health of people in nearby homes, businesses, and schools. Gas stations emit dangerous levels of the known carcinogen benzene and ozone, which causes respiratory problems and asthma.”

The transition to clean vehicles will leave thousands of stranded gas stations behind. The gas station as we know it is doomed to fade into the sunset just like the livery stables of the early 1900s.