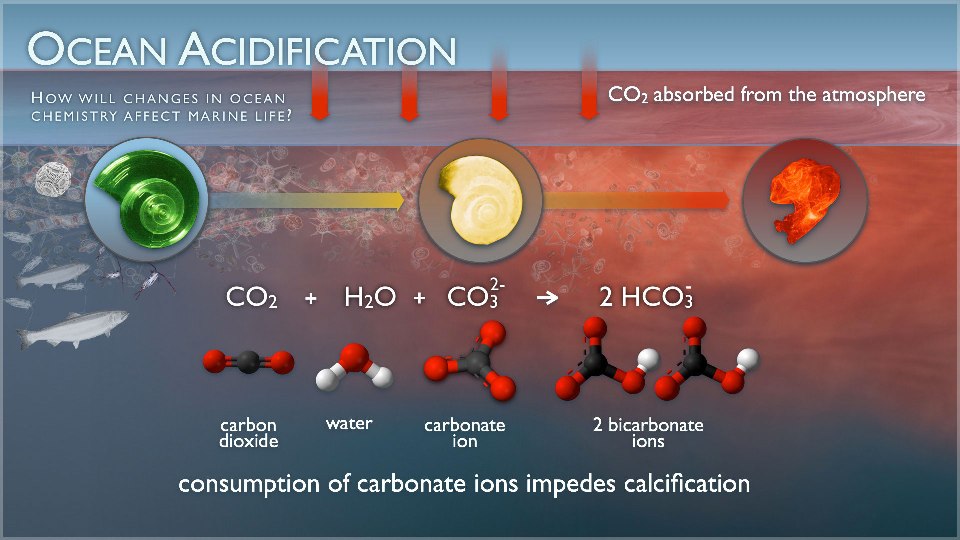 This article deals with the nasty but quiet problem of ocean acidification. It was originally published on the Climate Reality site. As a Climate Reality leader (Chicago2013), I’m pleased to feature Climate Reality resources on BoomerWarrior.  (Rolly Montpellier~Managing Editor).

Climate change isn’t the only consequence of carbon pollution from fossil fuels. If driving global temperature rise wasn’t enough, increased carbon in our atmosphere is also behind the rapid acidification of our world’s oceans.

What Is Ocean Acidification?

What is it and what does it mean for marine ecosystems and for humans? The answers can be complicated. But before we get into the details, here are some quick facts that show why ocean acidification is a really big deal for our planet – and why we need to keep dirty fossils in the ground:

Our oceans are an incredible carbon sink — they absorb about 25 percent of the carbon dioxide humans produce every year. But this is changing sea surface chemistry dramatically: when carbon dioxide is absorbed by the ocean, it dissolves to form carbonic acid. The result, not surprisingly, is that the ocean becomes more acidic, upsetting the delicate pH balance that millions and millions of organisms rely on.

Since the Industrial Revolution, our seas have become about 30 percent more acidic, a rate not observed in 300 million years. This has a wide range of consequences for marine ecosystems, as well as for the billions of people who depend on the ocean for food and survival.

Oceans becoming more acidic after the Industrial Revolution is no accident. As humans burn more and more fossil fuels, the concentration of carbon dioxide in our atmosphere continues to rise, driving climate change and making both air and sea temperatures hotter and hotter.

But climate change isn’t the only consequence of carbon pollution — so is ocean acidification. With more and more carbon dioxide in the atmosphere, oceans absorb more and more of it, becoming – you guessed it – more and more acidic.This is happening at an unprecedented rate and will continue unabated if we don’t stop burning dirty fossil fuels.

Ocean acidification doesn’t just threaten marine ecosystems. It also puts pressure on human food systems and affects the livelihood of people who depend on the ocean for their income in every way from fishing to tourism.

One reason why? Because as oceans become more acidic, some sea creatures have a more difficult time forming shells, including coral polyps. These are the “tiny builders” of coral reefs — when a polyp attaches to a rock on the seafloor, it divides into many clones and eventually creates a reef. Ocean acidification can slow the growth of coral skeletons, and make reefs more brittle and less resistant to stressors like warming water temperatures.

Keeping coral reefs healthy and growing is vital. Reefs protect our coastlines from erosion and flooding, support local economies through tourism and fisheries, and host vastly productive ecosystems. The US National Oceanic and Atmospheric Administration, for example, estimates that about half a billion people live within 100 kilometers of a coral reef and benefit from the protection and natural resources it offers. Globally, coral reefs may provide goods and services worth $375 billion each year, which means threats to reefs have profound ripple effects.

You’ve probably heard a lot lately about mass coral bleaching events in places like the Great Barrier Reef. As NPR explains, “Coral bleaching occurs when the living organisms that make up coral reefs expel the colorful, photosynthetic algae that normally live inside their bodies, and provide them with food. Those algae give coral reefs their color and disappear when the reefs are exposed to stressful climatic conditions, such as temperatures even a few degrees higher than normal.”

Coral reefs are considered to be the most biodiverse ecosystem on the planet. When coral is hit hard by both ocean acidification and climate change, so too are the many species that humans rely on for food. According to the United Nations Environmental Programme, “fish, including shellfish, contribute 15 percent of animal protein for 3 billion people worldwide. A further 1 billion people rely on fisheries for their primary source of protein.”

Climate Action Needed To Save Our Oceans

Just like climate change, ocean acidification is already dramatically impacting people (and species) around the world. To save our oceans and stop climate change, we must transition away from burning dirty fossil fuels. Which is why we’re excited that an incredible 177 countries (and parties) have taken a giant step forward to a future powered by clean energy by signing the historic Paris Agreement. 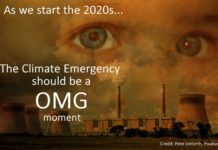