Below 2C
Home Solutions Clean Tech We Have A Climate Crisis: 10 Facts To Know 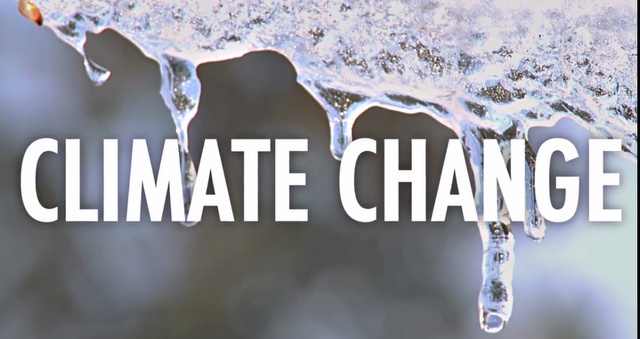 Responding to a global challenge like climate change begins with getting the problem out into the open with a global conversation.

The climate crisis is the defining challenge of our generation. Scientists are clear about the reality of climate change and we should be too. And with devastating storms, dangerous floods, melting glaciers, and rising seas becoming increasingly regular facts of life, it’s more critical than ever that we face reality and get working on solutions together.

Responding to a global challenge like climate change begins with getting the problem out into the open with a global conversation. With that in mind, below are 10 key facts to know about the climate crisis.

When we talk about climate change, we’re talking about the scientifically observable – and increasingly severe – changes in global climate patterns that became apparent in the mid-to-late twentieth century and can be attributed to the rising levels of atmospheric greenhouse gases (carbon dioxide, in particular) produced by human activities like burning fossil fuels.

When carbon dioxide (CO2) is emitted into our atmosphere, it can hang around for a very long time. The more carbon pollution in the air, the more the sun’s energy gets trapped in our atmosphere as heat. Think about it like this: a build-up of carbon dioxide in the atmosphere is acting like a blanket around the Earth. As more heat gets in and less is able to escape, things keep getting hotter, with real consequences for every element of our climate system.

The levels of carbon dioxide in the atmosphere today are higher than they have been at any time in the past 3-5 million years, and in 2013, CO2 levels surpassed 400 parts per million (ppm) for the first time in recorded history. Just three years later, levels exceeding that crucial benchmark likely became a permanent state.

Consensus Around The Climate Crisis

It is a truth overwhelmingly acknowledged: More than 97 percent of actively publishing climate scientists agree that climate change is happening and caused by human activity.

“The science linking human activities to climate change is analogous to the science linking smoking to lung and cardiovascular diseases,” according to the American Association for the Advancement of Science. “Physicians, cardiovascular scientists, public health experts and others all agree smoking causes cancer. A similar consensus now exists among climate scientists, a consensus that maintains climate change is happening, and human activity is the cause.”

And it’s not just hurricanes. As the world becomes warmer, more water evaporates from bodies of water and over land, leading to both ever-more-severe flooding and drought. The connection between persistent drought and wildfires is not a difficult one to make. And science is emerging suggesting a link between the melting of Arctic sea ice on one hand and faster warming in the region and changes to the northern hemisphere jet stream on the other, explaining why some weather systems appear to get “stuck in place” – to often-devastating effect.

Threat To Food And Water

If we keep burning fossil fuels at our current rates, food may become harder and harder to grow in many places – as even slight changes in long-established precipitation and temperature patterns can wreak havoc on certain fruits and vegetables – and what does grow could be less and less nutritious. Fresh drinking water could become more and more scarce as polluted floodwater runoff contaminates rivers, lakes, and reservoirs. Or as drought and warming combine to simply dry it all up.

And the stakes are dire, according to Chris Clayton, agriculture policy director of DTN/The Progressive Farmer: “When that year hits where food production in two or three bread baskets around the world is short a little bit – 10 percent here, 15 percent there – the risk of political instability becomes huge.”

As the planet continues to warm, some vector-borne diseases and the environments in which certain microbes and diseases multiply are also expanding. Extreme heat elevates the rate of death from illnesses like heart attack and heat stroke. And the same carbon pollution that causes climate change can indirectly aggravate respiratory concerns like asthma and allergies by causing increased pollen production in certain plants.

According to the World Health Organization, “Climate change is among the greatest health risks of the twenty-first century. Rising temperatures and more extreme weather events cost lives directly, increase transmission and spread of infectious diseases, and undermine the environmental determinants of health, including clean air and water, and sufficient food.”

If over 97 percent of climate scientists agree that climate change is real and caused by humans, why does climate denial persist? Two psychological concepts may be part of the answer, and understanding them could be an important first step to combatting it.

Confirmation bias is when we seek out or accept information that’s in line with our existing beliefs and reject information that contradicts them. Meanwhile, the “backfire effect” is a psychological phenomenon that posits when our deepest convictions are challenged by contradictory facts, we hold onto our existing beliefs even stronger (even if they’re actually inaccurate).

Together, confirmation bias and the backfire effect can help explain why some people – who for political reasons or simply because they’ve been taught otherwise earlier – will continue to reject the reality of climate change, even when scientists or people they know point to clear evidence like rising seas and more intense storms.

The answers to this crisis are already out there. Due to declining costs and improvements in renewable technologies, solar and wind projects are being built in more places around the globe more cheaply than at any time in history. In many places across the United States, not only is solar power becoming more affordable than ever before, it’s actually becoming cost competitive with or cheaper than energy from fossil fuels. We’re seeing incredible progress in energy storage and real progress on smarter and more flexible electric grids, revealing huge potential to revolutionize energy markets – for the benefit of the environment and our economies. 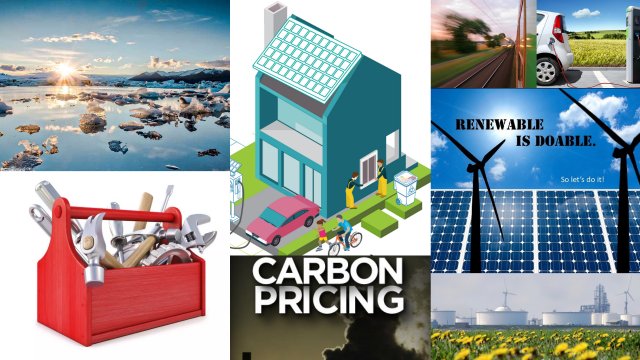 Currently, around 15 percent of the world’s population lacks access to electricity, mostly in rural areas of the developing world, where providing power infrastructure is more challenging. But with solar, batteries, LED lights, smart grids, and other low-carbon technologies getting more affordable all the time and entrepreneurs developing new approaches both to technology and support for rural communities, there is great potential to make a real dent in that number. Fortune magazine, for example, has hailed off-grid solar in Africa as an “emerging hot market.” Meanwhile, Tesla deployed solar to Puerto Rico as it began its recovery efforts from Hurricane Maria, quickly restoring power to a Children’s Hospital on the island at a time when conventional fossil fuels were offline and electrical grids were down. And projects in Bangladesh, Peru, and rural villages of India are bringing electricity where there was once none – all through the power of the sun.

Carbon Pricing Is The Game-Changer

Countries and policymakers around the planet are increasingly recognizing the power of carbon pricing to efficiently drive low-emissions development.

In a nutshell, a carbon price assigns a clear cost to each unit of carbon emitted or the carbon content of a fuel burned. Those using or producing that fuel – either in designated industries or across all emitting sectors of society – pay this cost. There’s a clear cause and effect: the more carbon you burn and emissions you put into the air, the more you pay. The natural incentive is for individuals or sectors to choose low- or zero-carbon fuels like solar and wind whenever possible.

There are many, many ways for carbon pricing to work, with some models introducing a carbon price that rises over time, gradually putting more and more pressure on people or industries to cut their emissions.

The climate crisis is a complex challenge with no one solution. And while carbon pricing may not be a silver bullet, it’s one we’re going to need in the chamber – and critically, support is growing all along the global political spectrum right when we need it.

A 2017 Pew Research survey showed that a substantial majority of people worldwide believe the climate crisis is a major threat – with respondents in 13 countries, mostly in Latin America and Africa, identifying global climate change as the topmost threat to their nation. A whopping 78 percent of respondents in another global Pew survey from 2015 supported their country limiting greenhouse gas emissions as part of an international accord like the Paris Agreement.

In America, hundreds of thousands have taken to the streets and marched to demand climate action and, as of March 2017, over 70 percent of the American population wants the US to “emphasize the development of alternative energy such as wind and solar power.”

The good news is, we can change. And we will change. Because today, people like you are seeing the destruction. You’re seeing the denial infecting our politics and standing up to be the voice of reality. You’re standing with community, business, and government activists everywhere to speak truth to power and inspire change with everything you see and do.

On December 4-5, Climate Reality is bringing the world together for one full day to tell this incredible story with the global broadcast event 24 Hours of Reality: Be the Voice of Reality.

Hosted by former US Vice President Al Gore and featuring an all-star cast of artists, business visionaries, thought leaders, scientists, and celebrities, Be the Voice of Reality will travel the globe for 24 straight hours with thought-provoking conversations, rousing musical performances, and inspiring stories.

Our goal at Below2°C is to #BeInconvenient.

This post first appeared on the Climate Reality Blog page. 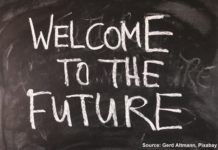 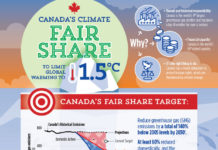 COP25 – It’s Time For Canada To Get Real 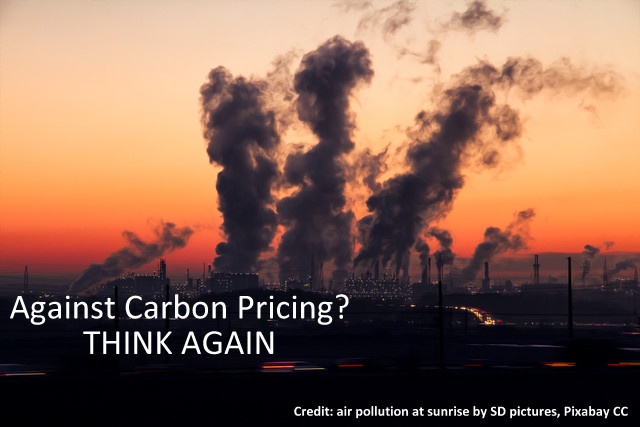