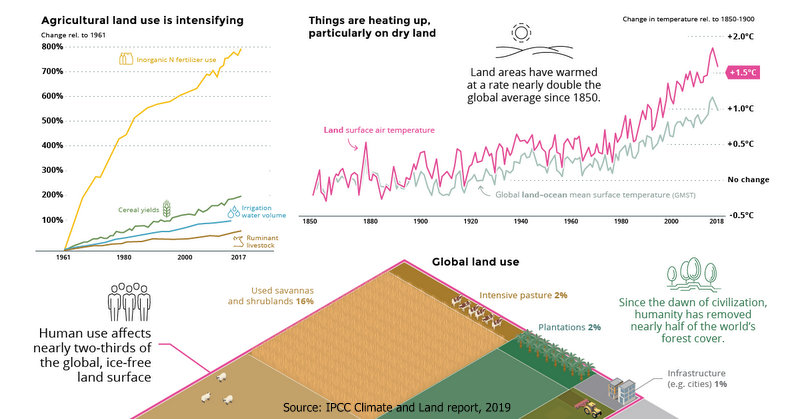 The report was two years in the making and it included 107 experts from 52 countries who were selected as Coordinating Lead Authors and Lead Authors. Of note, 40% of the coordinating lead authors were female,  and 53% of the authors were from developing countries.  Over 7,000 publications were assessed and there were 28,275 review comments on the report.

The 1,300-page report rings the alarm bell yet again about the state of the planet and the way people are transforming almost every corner of every continent. Humanity is affecting roughly three-quarters of Earth’s ice-free land, with huge consequences for the climate.

A tweet from the IPCC yesterday succinctly summed up the conclusions, “Land is under growing human pressure. Land is a part of the solution. But land can’t do it all.”

Land is under growing human pressure.
Land is a part of the solution.
But land can’t do it all. #SRCCL #ClimateChange #GlobalGoals

It is yet another gloomy report from the IPCC but it is not gloomy if people behave sensibly.

“Rome was not built in a day nor will Canada’s land-use practices and dependency on fossil fuels change overnight ,” says Cathy Orlando, National Director of Citizens’ Climate Lobby Canada. “Canada’s New Food Guide introduced in January, and our progress on reducing emissions since 2015 have pointed Canada in the right direction.”

The special IPCC report on Climate Change and Land makes it clear that a diet higher in plant protein is better for the planet. In 2019, Health Canada updated Canada’s Food Guide, and it is now in alignment with the current IPCC recommendations. To develop the Food Guide, Health Canada consulted with more than 6,000 individuals, including doctors, nurses, nutritionists, researchers, educators, and the Canadian public at large. The guide was prepared using scientific reports on food and health and excluded industry-commissioned reports given the potential for conflicts of interest. Canada’s Food Guide is consistent with science, widely consulted, and good for human health as well as the environment.

“This latest IPCC report shows that better land management can contribute to tackling climate change, but is not the only solution. We must cut emissions,” said Orlando.  “At Citizens’ Climate Lobby we have been closely following Canada’s progress on reducing greenhouse gas emissions since our beginning in 2010. We have made progress but we have a lot of work ahead of us and we cannot risk going backward on climate action.”

According to data from Julie Gelfand, Canada’s Commissioner of Environment and Sustainable Development (a division of Canada’s Auditor General Office), Canada’s greenhouse gas emissions (GHGs) would have gone up between 2008-2012 if it were not for the 2008 recession and actions of the provinces.

The data on Climate Action Tracker from 2011-2015,  show that Canada’s climate targets and actions were in the lowest category alongside the Russian Federation and Saudi Arabia.

Between 2015-2016, the Liberal government began intensive consultations for the Pan Canadian Framework on Clean Growth and Climate Change with the provinces, territories, civil society, businesses, industry and the people of Canada. Canada’s ranking during those years was still at the very bottom at Climate Action Tracker. Then in 2017, we advanced into the next category and we are now in the middle of the pack. 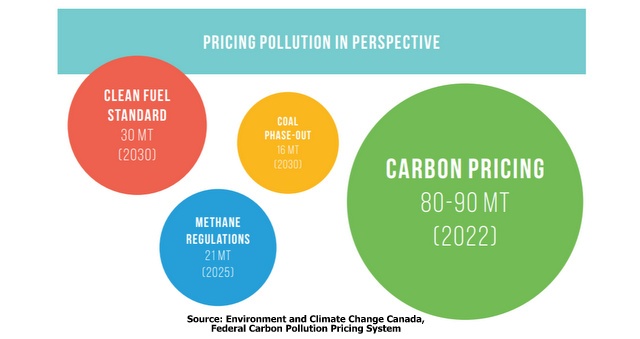 Currently, Canada’s greenhouse gas targets are woefully inadequate (30% reduction in GHGs by 2030) and we are at risk of not even reaching them. The New Democratic Party of Canada and Green Party of Canada have plans to increase Canada’s ambitions. The Liberal Party of Canada has yet to release the campaign platform, but at COP 24 in Katowice, Poland, Canada’s Environment Minister signaled that her government would strengthen Canada’s climate targets.

The Conservative election platform does not include estimates on how much their plan would reduce greenhouse gas emissions, or contribute to meeting the Paris Agreement. The Conservatives will also be doing away with the federal carbon pricing policy (80-90 MT)  and new fuel standards (30MT), changing the threshold for large emitters, and promoting the export of more Canadian oil and gas. Their plan will increase GHG emissions.

A report by Canadians for Clean Prosperity shows that the Conservative climate plan will cost Canadians more to do less for the climate crisis than the current Liberal plan. The Conservative plan also would cost the average family $295 by 2022.

The current federal carbon pricing policy gives the carbon fees collected back to the people. By giving money back to Canadians, eight of ten Canadians will come out ahead.  People living in provinces and territories with the federal backstop carbon pricing policy can calculate their rebate on Fair Path Forward’s rebate calculator. For a family of three, the rebate from the federal government will be $2168 from 2020 – 2023.

People can see for themselves the necessity for an adequate carbon pricing policy in any realistic climate plan through climate policy simulators such as those produced by the Pembina Institute and Climate Interactive. The key though is Canada’s carbon price must rise past 2022 if we are to meet our Paris goals. And to do that, without risking a tax revolt, the government must continue to give the money back to Canadians.

“The latest IPCC report again is ringing the alarm bells. We have a lot more work ahead but with the right policies, including pricing carbon as a core component of a cost-effective climate plan as well our updated Food Guide, Canada can help save lives, improve health, and conserve nature,” concludes Orlando.

This article was first published as a press release by Citizens’ Climate Lobby Canada. 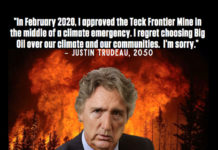 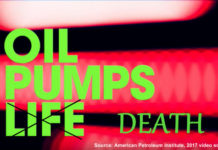 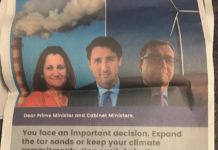