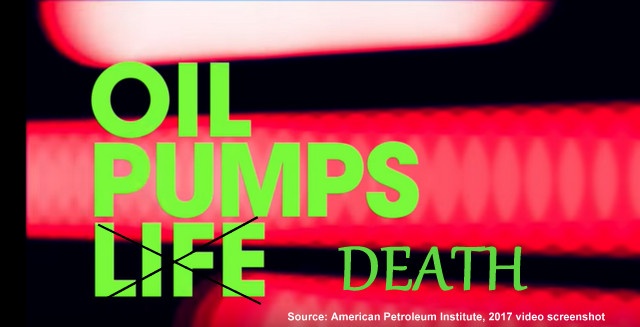 From 1986 to 2015, the five largest fossil fuel companies in the United States spent an estimated $3.6 billion on advertising. If you’re a television watcher or a consumer of political news, you’ve been subjected to fossil fuel propaganda that leaves one with the warm and fuzzy feeling that  “fossil fuels are good and necessary; and that the companies extracting and burning them are effectively fighting environmental problems like air pollution and climate change,” reports HEATED (a newsletter for people pissed off about the climate crisis).

The following article by Richard Corley asks the question “What if the restrictions on tobacco ads applied to climate-polluting products?” It was first published in Corporate Knights.

Parallels between tobacco and fossil fuels

There are striking parallels between the tobacco epidemic [of past years] and the climate crisis. Tobacco and greenhouse-gas (GHG) emissions both involve the sale, by powerful industries, of products that are commercially attractive, were initially believed to be safe and yet were found to cause serious harm.

In December, ClientEarth, a non-profit UK-based environmental law group, started calling for a ban on advertisements from fossil fuel companies. As we’ve seen with cigarettes, effective public policy can help to reduce demand for harmful products, with minimal cost or interference with the rights of individual Canadians. In a world awash with fossil fuels, not encouraging demand could be one key to effective climate action.

While researchers knew in the 1940s and ’50s that smoking causes lung cancer, smoking remained ubiquitous for decades, including in aircraft, restaurants, workplaces and bars. Even after public knowledge of smoking’s deadly health impacts became widespread, tobacco advertising was effective in recruiting new generations of young smokers and in normalizing smoking as a central part of North American society, with the result that tens of millions of North Americans have died of smoking-related illnesses since the release of the U.S. surgeon general’s 1964 report definitively connecting smoking with lung cancer.

In recent decades, increasingly strict tobacco regulation has been effective in reducing the prevalence of smoking and saving tens of millions of lives. Today, Canada regulates every aspect of the manufacture, sale, labelling and promotion of tobacco products and taxes them heavily, as part of the federal and provincial governments’ strategies to protect the health of Canadians from tobacco-related harm. As a result, smoking rates in Canadians aged 15 and older have fallen from roughly 50% in 1965 to 15% in 2017.

A number of industries currently spend tens of billions of dollars each year directly or indirectly promoting ever-greater consumption of GHG-emitting goods and services. The auto industry spent $35.5 billion in 2018 across 14 key markets, with $18 billion in the U.S. alone. The fact that Canadians drive the dirtiest, highest-GHG-emitting fleet of vehicles on the planet, according to the International Energy Agency, is a testament to the effectiveness of the auto industry’s promotion of SUVs and pickup trucks. (Ford’s F-Series pickup truck has been Canada’s top-selling vehicle 11 years in a row.) Similarly, the growth in GHG emissions from commercial air travel, up 32% from 2013 to 2018, is fuelled by massive travel industry advertising – worth more than $20 billion in the U.S. alone in 2019.

If we’re to learn anything from tobacco regulation and if governments are serious about curbing the worst impacts of climate change, they should restrict the advertising, promotion and sponsorship of GHG-heavy goods and services. While we’re tackling the issue, consumers should also be warned about the emissions impacts of their purchases through notices and warning labels on gas pumps, gas bills, airline tickets, automobile and appliance stickers, and other communications (similar to how the state of California posts warnings about the presence of carcinogens). We give consumers access to nutrition labels so they can make informed choices about the foods they purchase; the same consumer right-to-know should apply to embedded GHG emissions, as well as those that would arise when using a potential purchase.

The WHO Framework Convention on Tobacco Control, to which 181 countries (including Canada and the U.S.) are parties or signatories, provides an excellent model for new domestic and international rules to reduce demand, and also to reduce the political influence of industries that profit from increasing GHG emissions.

The climate crisis poses a clear existential threat to human civilization. The UN Environmental Programme’s 2019 Emissions Gap Report states that we need to reduce GHG emissions by 7.6% per year, starting in 2020, and we need to achieve net-zero GHG emissions by 2050 if we are to avoid ever more dangerous forms of climate disruption. Despite knowing of this problem for decades, our past and current policies have proven largely ineffective at reducing GHG emissions.

Greta Thunberg is correct: we have failed her generation. The rules, as she has said, have to be changed to achieve the dramatic reductions in GHG emissions mandated by the world’s leading climate scientists. Repurposed tobacco regulations might just help to lead the way.

In addition to using more urgent language to describe the climate crisis, TheGuardian has just announced that it will no longer accept advertising from the fossil fuel industry. “Our decision is based on the decades-long efforts by many in that industry to prevent meaningful climate action by governments around the world,” report the company’s senior executive team.

Time is long overdue for all:

Media outlets
Museums
Universities
Banks
Governments
and everyone else

to CUT ALL TIES with the fossil fuel industry ✂️https://t.co/HZKqKxj9FI

Richard Corley’s interest in climate policy is informed by his background and work in engineering, law and clean technologies. 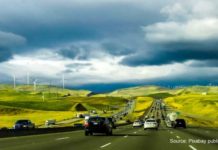 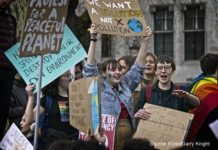 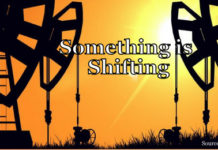