I’m pleased to welcome Iain Patton as a contributor to BoomerWarrior.Org. Iain is a global sustainability engagement consultant based in London and founder of Ethical Team. I have accepted to become an influencer/amplifier of Iain’s Ethical Team. (Rolly Montpellier ~ Managing Editor/ BoomerWarrior).

It was recently the centenary of the sinking of the Lusitania which was marked by memorial services across the United Kingdom and around the world. For those that don’t know, the RMS Lusitania was a British ocean liner and briefly, the world’s largest passenger ship. She was launched by the British/American Cunard Line in 1906, at a time of fierce competition for the North Atlantic trade.

When the RMS Lusitania left New York for Liverpool on what would be her final voyage on 1 May 1915, submarine warfare was intensifying in the Atlantic during the 1st World War. Germany had declared the seas around the United Kingdom a war zone, and the German embassy in the United States had placed a newspaper advertisement warning people of the dangers of sailing on the Lusitania. On the afternoon of 7 May, Lusitania was torpedoed by a German U-Boat, 11 mi (18 km) off the southern coast of Ireland and inside the declared “zone of war”. A second internal explosion sent her to the bottom in 18 minutes causing the deaths of 1,198 passengers and crew.

One of the many interesting facets of this piece of history was the fact that the Germans had pre-notified the world of their prospective target before sinking the Lusitania, and yet its passengers falsely believed they would be immune from such a fate. The Imperial German Embassy had in fact placed the warning advertisement in 50 American newspapers at the time, including those in New York. Unbelievably this warning was even printed adjacent to the advertisement for Lusitania‍’s return voyage but other American newspapers dismissed the claim at the time as an idle threat.

This is a good example of the phase made famous by Margaret Heffernan called ‘Wilful Blindness’. I was one of over 80 people who gathered on a delightful summers evening a couple of years ago at the Institute of Business Ethics in London to hear her speak about how as humans, we are predisposed to overlook things that we don’t like and how the concept of ‘them and us’, where catastrophes are provoked by a few ‘awful’ individuals, is not actually the case. The conversation went on to focus on the observation that humans choose conformity, rather than standing out from the crowd. And that studies from Europe and the US show that there is also culture of organisational silence, where 85% of respondents said there were issues that they wouldn’t voice in the workplace. This is clearly a societal condition that needs to be addressed.

This sad commemoration resonated as my daily inbox became typically overloaded with an array of environmental and mainstream news digests displaying attention grabbing headlines. One announced that for the first time in our recorded history, global levels of carbon dioxide in the atmosphere averaged more than 400 parts per million (ppm) for an entire month—in March 2015 (The highest EVER recorded). This seemed to highlight yet another grim, and yet largely unmarked milestone for an ever-warming planet according to the National Oceanic and Atmospheric Administration (NOAA) . “It was only a matter of time that we would average 400 parts per million globally,” said Pieter Tans, lead scientist of NOAA’s Global Greenhouse Gas Reference Network.

What does this really mean to most people I wonder?  This environmental narrative seems to hold little sway now as we’ve become so desensitised to these sorts of stories.  Charities realised long ago that featuring a child suffering from extreme famine in Africa doesn’t necessarily lead to any immediate emotional reaction or engagement in a world of saturated media.  As consumers we’ve developed an immunity and filter to block out these images, facts and figures from our daily lives as they don’t often, or in fact never, impact on our day to day existence.

In the same week, I heard that the Obama administration gave conditional approval to Shell to start drilling for oil and gas in the Arctic Ocean this summer. Shell has been fighting for the right to drill in the Arctic for years, despite a number of botched forays in recent years, and it looks like they are still going to get their way. The Arctic is the last pristine wilderness that is financially beyond protection should any disaster strike as a result of an open house policy allowing resource exploitation. These two stories seem to confirm that ‘generational blindness’ in the face of adversity is a human condition. It’s the same with cycle or pedestrian deaths where often preventative urban planning measures have not been implemented unless there are enough tragedies to justify a change in policy.

According to climate change consultant, writer and psychotherapist Rosemary Randall, climate change discourse presents two parallel narratives. One about the problems of climate change, the other about the solutions. When media commentators discuss the problem of climate change, loss often features dramatically and terrifyingly in their stories but is located in the future or in places remote from Western audiences. In narratives about solutions – particularly in the discourse of government – loss is completely excised and we are encouraged to believe that ‘small steps’ and technical wizardry will do the trick alongside the advent of a low carbon economy.

Rosemary Randall’s paper suggests that this division into parallel narratives is the result of a defensive process of splitting and projection that protects the public from the need to truly face and mourn the losses associated with climate change. The effect is to produce monstrous and terrifying images of the future accompanied by bland and ineffective proposals for change now. She suggests that a more sophisticated understanding of the processes of loss and mourning, which allowed them to be restored to public narratives, would help to release energy for realistic and lasting programmes of change.

We therefore need to recognise the limits of what it means to be human and embrace the fact that we’re not going to always react when we need to act.  As humans we’ll continue to do what we know we shouldn’t. That’s partly because it’s what makes us human and we’re probably the only species that’s aware of our own demise and yet we don’t often take the precautions necessary to preserve our future. Therefore, as communicators we need to continue to explore and test new approaches to getting the single minded message across that we have change ahead, and that we need to be prepared for it. Martin Wright Senior Affiliate, Forum for the Future talks about ‘The New Environmentalism – Levelling the Playing Field’ in his TED Talk  where he suggests we need to focus more on the innovation and opportunity ahead, than the threats as there is a lot we will not be able to change or have an impact on at this stage in our human civilization.

Acclaimed self-help guru Tony Robbins also comments in one of his audio sessions that some people in the 21st Century have never had it so good. We have the best technology, people are living longer, experiencing the best healthcare and access to products and services that we could never have dreamt of 30 years ago. Sadly, this is not the case for everyone in the world right now. For those that are experiencing the good times they need to reflect on how their quality of living might be curtailed in a world exemplified by resource shortages, pollution and conflict without some clever planning now.

One of the biggest challenges facing the population in years to come will be itself. Not specifically in the form of war or conflict, but in terms of its’ size. In the wake of the birth of a collection of children symbolically referred to as the “seventh billionth babies”, it is now, ironically our quality of life that poses a significant threat certainly in the developed world.

We need to detach ourselves from that which is no longer sustainable, which is easier said than done, and remake our futures using all the creativity that exists and brought us to this point in the first place. We’ve come a long way in the last 2.5 million years ago since our more recent ancestor – Homo habilis or ‘man, the toolmaker’ appears to have evolved out of the Rift Valley in Africa.

Let’s celebrate the future and look ahead, but with a cautious eye that is weary of our own inherent frailty and absence of mind. It makes no sense to continue to ignore the perilous signs all around us. And, as an industry, communicators have to try harder to interpret the numbers associated with climate change so that they are not filtered out i.e. it’s not going to affect me mentality.  As we know from our own not too distant history the risks of wilful blindness are indeed perilous. 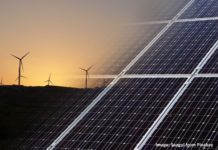 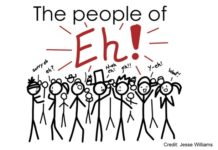 The People of Eh