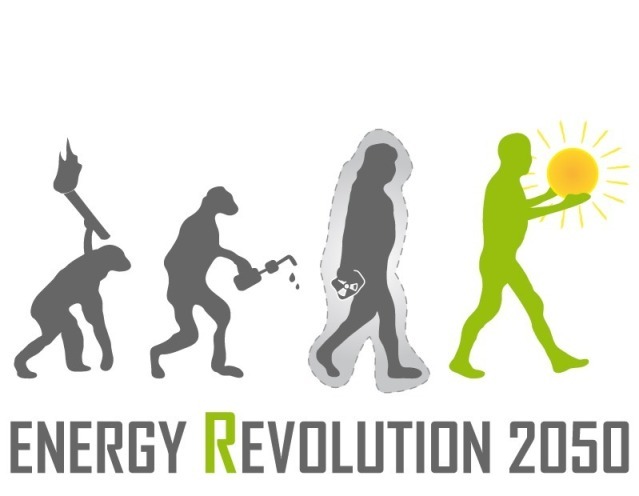 The clean energy revolution is underway. From Germany to China and countries all around the globe, governments, cities, towns, public institutions, and progressive companies are leading the way to reduce their dependency on fossil-fuel energy. The shift is clearly on to increasingly power their economies and industries with renewable energy sources – wind, solar, water, geothermal and wood waste.

Last year, global investment in clean power generation approached that of fossil-fuel generation. China and the United States led the world for both clean energy investment and installation. A record 6.5 million people worldwide worked in the sector. (Source: Tracking the Energy Revolution, 2014)

Clean Energy was the Buzz in Lima

At the recent climate conference in Lima (COP20), the chatter over the incredible opportunity to drive down global emissions by promoting renewable energy and storage technologies dominated backroom discussions.

The transition to clean energy is now affordable and doable. It is quickly becoming one of the key strategies to achieving the lower carbon path to zero emissions by 2100 as noted in UNEP’s Emissions Gap Report 2014.

Renewable energy has been growing by leaps and bounds worldwide. After accounting for more than 56 percent of additional capacity to global power in 2013, the final 2014 totals will easily surpass the previous year says Bloomberg New Energy Finance.

As world leaders prepare for the Paris2015 COP21, the key role of clean energy in the fight against climate change will take center stage.

The Green Climate Fund was established to respond to the urgency and seriousness of climate change in developing countries.

The Fund will promote the paradigm shift towards low-emission and climate-resilient development pathways by providing support to developing countries to limit or reduce their greenhouse gas emissions and to adapt to the impacts of climate change, taking into account the needs of those developing countries particularly vulnerable to the adverse effects of climate change. (Source: Green Climate Fund, Background).

Recent questions by some countries about the possible use of funds to support, either directly or indirectly, projects with fossil-fuel components have led Hela Cheikhrouhou, Executive Director of the Green Climate Fund, to reaffirm the GCF’s goals. She has stated very clearly that the GCF will only approve projects that “are really moving us away from the unsustainable path we are on…..they need to prove to us that this is something that promotes a paradigm shift, and that its climate impact is quite significant.” The focus is on clean energy!

The solar boom has been nothing short of phenomenal. Solar has been strong in major markets like China, Japan, India, the US and Germany but also in South America, Africa and just about everywhere. The main driver of this phenomenon has been solar’s declining price due primarily to significant cost reductions for solar systems – panels and installation.

Solar electricity has now hit grid parity with coal in countries like Germany, Italy, India and Spain. According to a Deutsche Bank report (October 2014), solar electricity is on track to be as cheap or cheaper than average electricity bill prices in 36 US states by 2016. In fact, solar has achieved grid parity in 10 states.

Even in Canada where the Stephen Harper government is fixated on the Tar Sands, the clean energy sector is benefiting from a slow but steady growth. The Tracking the Energy Revolution report released in December 2014 shows:

As a result, by 2013 the clean energy sector – encompassing manufacturing, energy efficiency, and biofuels – accounted for more direct Canadian jobs than the oil sands.

Merran Smith, (Director of Clean Energy Canada) is quite blunt in her evaluation of the federal government’s lack of support of clean energy. “In some respects Canada is still swimming upstream. Unlike our American friends, where the clean-energy opportunity is clearly a national priority, our federal government’s approach could only be described as indifferent,” says Smith.

This video shows how we can be 100 percent fossil-fuel free in a few decades. It provides a glimpse into a future with  democratized control of energy systems,

It is now clear that we can power civilization with sustainable sources of energy. This goal is not only achievable, it’s good economic policy. In a few decades renewable energy can power 100 percent of our world energy needs with existing technology.

Rolly Montpellier is the Founder and Managing Editor of BoomerWarrior.Org. He’s a Climate Reality leader, a Blogger and a Climate Activist. Rolly has been published in the Climate Change Guide, The Hill Times, TheCanadian, UnpublishedOttawa, the Kingston Whig, Examiner, 350Ottawa, ClimateMama, MyEarth360, GreenDivas, The Elephant, Countercurrents.