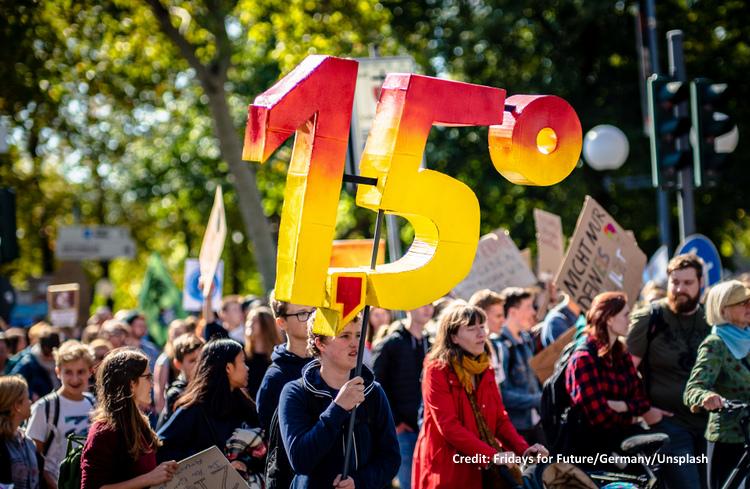 “The bill that includes $369 billion in climate and energy provisions will transform how Americans get their energy and shape the country’s climate and industrial policy for decades,” wrote Politico about the historic climate bill approved by the US government. Its a very good deal for the climate, speeding up America’s transition away from fossil fuels.

(This piece was first published in The Energy Mix with minor editorial changes applied.)

After a marathon series of votes that began just before midnight Saturday, the United States Senate adopted a US$369-billion climate and clean energy plan Sunday afternoon, the country’s biggest-ever investment in climate action.

“The numbers really are very, very clear here,” said Anand Gopal, the organization’s executive director of strategy and policy. “This is a very good deal for the climate.”

“I can’t stop talking to my kids about the climate provisions,” said Sen. Chris Murphy (D-CT). “This is the first time they’ve been legitimately excited about my job. We really owe it to the next generation to get this right, and a lot of young people in this country were developing an acute sense of hopelessness that adults weren’t taking seriously the climate crisis.”

The massive and unexpected climate win began to take shape in late July, less than two weeks after Manchin said he was walking away from months of negotiations on the Biden administration’s much larger Build Back Better initiative. With Manchin onboard, Democratic leadership still had to negotiate with the other potential holdout in their caucus, Sen. Kyrsten Sinema (D-AZ). While her main concerns with the legislation were unrelated to its climate and energy provisions, she ended up wrangling an additional $4 billion for drought relief in the water-starved southwestern U.S.

Leading into the final series of votes, pundits also predicted “bruising” pushback from Sen. Bernie Sanders (I-VT), including an amendment to pull Manchin’s substantial fossil fuel handouts out of the final bill. But Sanders’ amendments received little or no traction, with a couple of them defeated by 1-99 and 1-97 margins.

Energy Innovation’s assessment shows the legislation reducing U.S. emissions 37 to 41% from 2005 levels by 2030, short of the country’s Paris agreement target of 50 to 52% but close enough to “make up the difference with executive actions and changes to state law,” Inside Climate says. Analysis by other U.S. groups reaches similar conclusions.

Thousands of Lives, Millions of Jobs

Independent reviews of the bill point to benefits far beyond the immediate climate gains.

Analysis for the U.S. Blue Green Alliance by the Political Economy Research Institute (PERI) at the University of Massachusetts Amherst found the more than 100 climate, energy, and environmental investments in the bill will create more than nine million jobs over the next decade—including five million in clean energy, 900,000 in clean manufacturing, 900,000 in efficient buildings, 600,000 in “natural infrastructure”, 400,000 in clean transportation, and 150,000 in environmental justice.

“It’s a large industrial policy bill with incredible amounts of incentives for onshoring of clean energy and clean technology, manufacturing,” Gopal said. “It’s a pretty big job adder, with possibly up to 1.5 million new jobs by 2030, a lot of that concentrated in manufacturing, construction, and service.”

As expected, the final vote in the evenly divided Senate pitted 50 Democrats and Independents against 50 Republicans. Vice President Kamala Harris cast the tie-breaking vote in her role as Senate President.

Game-Changer for the Climate

In addition to its “game-changing” menu of climate and clean energy initiatives, the bill will generate $300 billion in new tax revenue from the country’s wealthiest corporations and reduce the country’s deficit by $300 billion according to Democrats, $90 billion over 10 years according to the independent Congressional Budget Office, The Hill says.

A detailed analysis by the Rocky Mountain Institute shows the bill cutting inflation and strengthening the U.S. economy, even as it slashes emissions.

“For the United States, the Inflation Reduction Act offers an unprecedented opportunity to lower energy costs, increase investment in clean energy economic opportunities, and stimulate jobs and economic growth,” the Snowmass, Colorado-based RMI writes. The focus on domestic manufacturing will also add reliability and efficiency to the “fragile global supply chains” that drove inflation in the period after the COVID-19 lockdowns.

“Over time, these investments promise to boost U.S. innovation and stimulate regional economic growth, from car manufacturing in the Midwest to solar production in the Sun Belt,” RMI says. “The broad investment should improve overall U.S. economic competitiveness: By accelerating a clean energy industrial revolution, the bill can permanently lower costs for U.S. households and businesses.”

Other analysis of the legislation pointed to “seismic” gains for solar and grid electrification, a coming “market transformation” driven by “generous incentives” for home and vehicle electrification, and a 10 to 50% reduction in the cost of microgrids to boost local resilience.

“The Inflation Reduction Act is a victory for all Americans and shows the world that the United States is still an ally in the global fight against climate change,” said World Resources Institute President and CEO Ani Dasgupta. “This legislation isn’t a panacea for climate change—and no bill ever will be,” she added. So “U.S. states, cities and the private sector all need to step up their efforts for the U.S. to fulfill its climate targets and prove to the world that America stands by its word.”

“Rising inflation and global instability have put America’s energy security in jeopardy,” said Advanced Energy Economy CEO Nat Kreamer. “A federal clean energy investment of this magnitude is our best defence. The era-defining investments in the Inflation Reduction Act will more than pay for themselves by creating thousands of good American jobs, decarbonizing our electricity and transportation sectors, and reducing Americans’ energy bills.”

The Price of a Deal – A Hard Pill to swallow

With the Senate bill in the books, ClimateVoice founder and former Google green energy head Bill Weihl still pointed to “predatory delay” by America’s biggest companies as the leading barrier to climate action in Washington, DC.

“Big Oil, pro-fossil fuel companies, trade associations, and others have enormous power and influence, and they use it to stymie progress on climate policy,” he told Climate & Capital Media. “Meanwhile, most other companies sit on the sidelines. They weigh in occasionally—but far too rarely and with far less intensity and volume than those seeking to preserve the status quo and delay real action.”

Those forces were at work in the days leading up to Sunday’s vote. In an odd twist Saturday, the Wall Street Journal reported that Senate Republicans were lobbying their fossil industry allies—not the other way around—in a last-ditch effort to stop the bill.

“The time is now for America’s [fossil] energy producers to stand up and be very clear about how these destructive policies will raise prices, destroy jobs, and make us less secure,” Sen. John Barrasso (R-WY), chair of the Senate Republican Conference and ranking member of the Senate Energy and Natural Resources Committee, said in a statement.

A day earlier, Mountain State Spotlight and ProPublica were out with a history and critique of the Mountain Valley Pipeline, a partly-completed fracked gas line that was a part of Manchin’s price for supporting the wider climate bill. The project has raised local concerns about impacts on water, forests, and endangered species, even as its cost has ballooned from $3.5 to $6.6 billion.

“It’s a hard pill to swallow,” said Mark Jarrell, a retired golf course manager now deep into the fight against the pipeline. “We’re once again a sacrifice zone.”

Under a side deal between Manchin and Senate Majority Leader Charles Schumer (D-NY), the White House and Congress will “step in and ensure final approval of all permits” the pipeline needs, the news story states. “In essence, the Democratic leadership accepted a 303-mile, two-state pipeline fostering continued use of fossil fuels in exchange for cleaner energy and reduced greenhouse emissions nationwide.”

A one-page summary of the side deal committed “relevant agencies to take all necessary actions to permit the construction and operation of the Mountain Valley pipeline”, and switch jurisdiction over any future disputes to a court that Manchin hopes will be more sympathetic to the project, Grist reports. But it doesn’t appear to exempt the pipeline from major environmental laws, like the National Environmental Policy Act and the Endangered Species Act, that it’s run afoul of in the past.

“From what I’m seeing, they still need to show they comply with the law even if the summary language is that it should be approved,” Center for Biological Diversity lawyer Jared Margolis told Grist. “There’s nothing in this language that suggests to me that Congress is directing the courts to rule in Mountain Valley’s favour in ongoing litigation.”

ICYMI:
Individual Actions Can Reduce Pollution by Twenty Five Percent
Climate Solutions From Around the World
The Big Switch To Net Zero