Below 2C
Home Socio-Politico Canada The Carbon Time Crunch – So Much Carbon, so Little Time 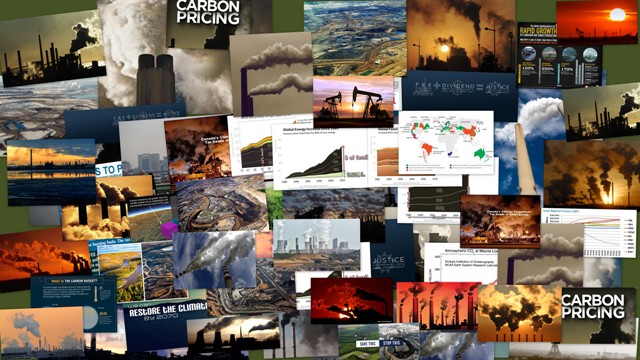 Elizabeth May is the leader of the Green Party of Canada. The following text is from her email to Green supporters across Canada. The world is facing a carbon time crunch explains May. (Rolly Montpellier~Managing Editor for BoomerWarrior)

“Time is running out for Liberal promises. For a decade, the previous federal government sabotaged work on Canada’s greenhouse gas emissions (GHG) targets, and those targets sunk to the worst in the G7. The Premiers must now set aside narrow self-interest to endorse a new and more ambitious target for Canada. Those renewed targets will pressure other countries to do more, and the global market will respond by increasingly betting on renewables and the future economy. (Elizabeth May)

It is true globally and it is true for Canada. [The world is in a carbon time crunch]. From Canada’s early entry as a climate action leader – hosting the world’s first international scientific climate conference in 1988 – until today, most governments have played for time.  Stalling tactics and procrastination, two steps forward and one step back, have typified climate strategies.  True, most countries in the European Union have met and exceeded their Kyoto targets.  But Kyoto targets were understood at the time, back in 1997, to only be a down payment on future action.  And shamefully, for the last ten years Canada provided cover for other countries to do less, knowing that Canada’s aggressive sabotage would excuse their own shrinking ambitions.

Meanwhile, scientific evidence is mounting that the rapidly accelerating threat of climate destabilization exceeds terrorism as a threat to global security.  That global understanding of the extent of the threat – understanding that failure to act to limit global average temperature increase to no more than 1.5 degrees C above what it was prior to the Industrial Revolution could spell the end of human civilization – drove 195 governments to negotiate a binding legal treaty in December 2015 at the Paris climate talks.

We have no time left for procrastination.  The Paris Agreement does not include binding targets, instead adopting a global goal of avoiding more than 1.5 degrees warming while definitely holding temperature to no more than 2 degrees C.  And at the time of the Paris negotiations, the aggregate of all national targets – if achieved – would take the planet’s average temperature to somewhere between 2.7 and 3.5 degrees C.  The Paris Agreement sets up a system for repeatedly ratcheting up national goals against a backdrop of frequent global stock-taking.  In other words, our only enforcement mechanism is peer pressure.

For the Trudeau administration, the clock is ticking loudly.  Canada has still not replaced the weak target left behind by the previous government.  The Liberal platform promised a national plan, based on provincial consultations, within 90 days of the Paris talks – March 12.

Prime Minister Trudeau and Environment and Climate Change Minister Catherine McKenna deserve huge credit for progressive negotiating positions in Paris.  And it is noteworthy that since 1988, there have only been two First Ministers Meetings dedicated to climate – both since Trudeau took office.  The first was the week before the Paris talks; the second is March 3rd.  What can we expect?

The First Ministers must set aside narrow self-interest to endorse a new and more ambitious target for Canada.  Other countries will feel the pressure from Canada’s increased target.  Peer-pressure will feed ambition.  The global market will respond; increasingly placing bets on renewables and the future economy.

Federal leadership is needed.  Provinces refusing to do more should meet generous willingness from other governments to take up their slack.  Canada will be expected to sign the Paris Agreement at a high-level signing ceremony on April 22, Earth Day, at UN headquarters.  We must not show up with the weakest target in the G7, the one left behind by the Conservatives.  Time is running out for climate action and for Liberal promises.
______

The carbon time crunch is the greatest challenge ever encountered by humanity. The longer we ignore the truth of global warming and climate change, the greater will be the anguish and the shock of adaptation.

At some point, there would simply be no point. (Lisa Genova, author)