Below 2C
Home Energy Fossil Fuels The Greed of the Oil Giants Is a Total Betrayal of the... 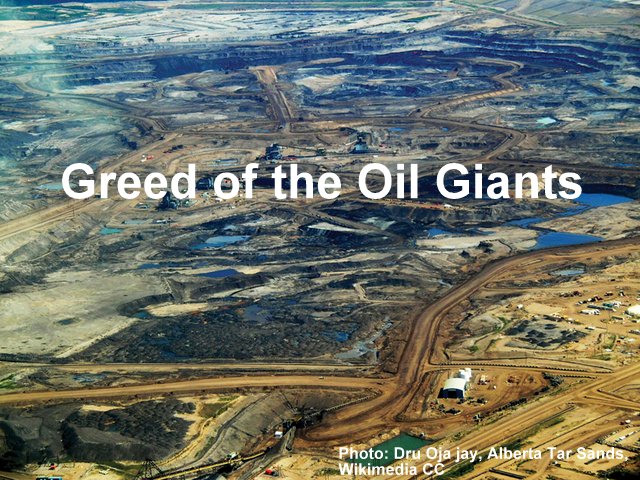 Is the COVID-19 crisis the wake-up call we’ve been waiting for? It’s an opportunity to reflect on the fragility of our way of life—our interconnectedness and interdependence—and how we are mutually reliant on each other. It brings out the best in us as individuals. I’m also seeing some encouraging signs from the corporate world as companies are stepping up to do their part in managing the coronavirus pandemic.

But not the oil giants. Instead of being good corporate citizens, oil companies are asking governments to bail them out while millions of individuals are suffering during the worst crisis since WWII. In his article (first published in Medium) Anders Wijkman shows how the oil giants’ greed is boundless. This article is republished in Below2°C with his permission.

Greed of the Oil Giants

The fossil industry could take important measures to mitigate climate change, but devotes itself to the opposite. The real scandal is the companies’ unwillingness to redirect new investments into renewable energy. It is a huge betrayal of the future — where the Murdoch press but, as well, some Swedish Media play along, writes Anders Wijkman.

When historians answer the question in the future which actors or factors were the biggest obstacles to reducing greenhouse gas emissions in the 2000s, the candidates are many: the reluctance of accepting supranational decision-making by countries such as the US and China, the reluctance of political leaders such as Donald Trump and Jair Bolsonaro to cooperate internationally, the attempts of conventional economists such as William Nordhaus to downplay the risks, the disagreement between rich and poor countries about the responsibility for historical emissions or the constant attempts to disrupt the negotiations by oil-producing countries like Saudi Arabia.

However, a special place must be reserved for the big oil, gas and coal companies for the disgraceful role they played and play. First, by obfuscating their own research data that at an early stage showed the risks of increasing carbon dioxide emissions. Then by investing hundreds of millions of dollars annually on lobbying in parliaments around the world, not least the US Congress, to torpedo or delay legislation aimed at limiting emissions.

The real scandal today is the companies’ unwillingness to diversify their operations and redirect new investments in energy production into renewable energy. Instead, companies continue to pump hundreds of billions of dollars into new oil and gas production. It is a huge betrayal of the future.

The coal companies are in a league of their own. The coal should stay in the ground and every newly opened coal mine — as in Australia recently — is a crime against the future. However, coal companies generally differ from oil and gas companies to the extent that their profit margins are small. Many coal companies have also gone bankrupt in recent years and the future of the industry is shaky in many countries.

The oil and gas producing companies, on the other hand, have so far had very good profitability. This means that companies such as BP, Shell, Chevron and Exxon Mobil invest tens of billions of dollars each year on new energy extraction. Of this, only an average of just over one percent currently end up in alternatives to oil and gas. In Exxon Mobil’s case, it is even smaller, in fact only 1/5 of this percentage, which is invested in renewable energy (the Carbon Disclosure Project). Instead, the money ends up being used to develop new oil and gas deposits. Still, we know that already the oil and gas fields that are under production in the world contain several times more oil and gas than can be used to meet the Paris Agreement’s goals. Further investments mean that the industry becomes even more firmly embedded in the fossil economy. The result can only be a disaster for the climate or that large parts of the investments become stranded (lost) assets. 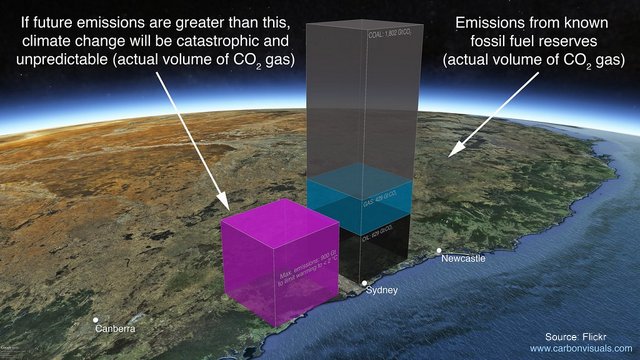 What happened to “Beyond Petroleum”

But the managers who have succeeded him, among them the Swedish Carl-Henrik Svanberg, have primarily focused on continued extraction of oil and gas.

BP coined the term “Beyond Petroleum” twenty years ago. They then had a forward-thinking chief, Lord John Browne. But the managers who have succeeded him, among them the Swedish Carl-Henrik Svanberg, have primarily focused on continued extraction of oil and gas. I remember a statement from Svanberg a few years ago where he described it as BP would “go back to its roots”. BP did make a statement recently promising zero emissions from the company’s operations by 2050, but how to accomplish this remains yet unclear.

A few companies in the oil industry have taken small steps towards diversification, such as Total, Shell and Equinor, but their efforts outside the fossil market are still modest. However, Equinor — which has changed its name from Statoil to highlight a changed focus in its operations — has still a long way to go. Although the company has made good investments in offshore wind power, the commitment to oil and gas remains dominant.

The company is also a leader in the new oil field, Johan Sverdrup, which was inaugurated in mid-January. The field is said to contain reserves of 2.7 billion barrels of oil and is expected to generate a total revenue of at least $ 100 billion. Equinor’s management said in a statement “that Johan Sverdrup is good for Equinor’s shareholders, for Norway but also for climate emissions”. The latter claim is based on the fact that Equinor has electrified the oil recovery itself. It reduces emissions by a few percent. But the dominant emissions occur when the oil is used. An environmental representative in Norway pointed out: “Equinor’s statement is the same as a tobacco manufacturer that boasts that none of the company’s employees smoke while significantly increasing cigarette sales.”

Lundin Petroleum, a Swedish Oil Company, is also deeply involved in Norwegian waters. The company has recently decided to change its name to Lundin Energy. The motive is to show that the climate issue is taken seriously and that the company intends to invest in other energy sources than fossil energy. By 2030, they want to be climate neutral in their extraction of oil, mainly by adding green electricity to their oil platforms. But as for Equinor, the entirely dominant climate impact comes from the use of the oil.

In parallel, the big banks continue to pump money into various fossil projects. In total, close to $ 2,000 billion has been spent on new oil, gas and coal projects since the Paris Agreement was signed (Fossil fuel finance report card, 2019). JP Morgan Chase is, not surprisingly, at the top of the banks.

However, discussions are ongoing about the role of the financial industry in climate change. A growing number of banks and financial companies have gone out of coal, oil and gas. But still a large majority continue to support fossil companies and thus make the transition to a fossil-free energy system difficult.

One thing is clear

If companies such as BP, Shell, Chevron, Exxon Mobil, Equinor, Aramco and others do not continue to invest heavily in new extraction, lending to the fossil extraction would be significantly lower. However, large investments are still being made by the oil-producing states.

To meet the Paris Agreement’s goals, global annual investments in renewable energy would at least need to triple

No one can demand that fossil companies stop selling oil and gas from one day to another. Most of the development in the world would stop. Nearly 80 percent of the world’s energy supply is still fossil fuels. However, given the seriousness of the situation, oil and gas companies need to take rapid steps to diversify their operations and aid the energy conversion. Companies such as BP, Exxon Mobil and Chevron are energy companies and should of course help develop alternative energy sources, just as the electricity companies have been forced to do.

To meet the Paris Agreement’s goals, annual global renewable energy investments would at least need to triple. If the oil and gas companies invested their investment funds in renewables instead of in oil and gas, they could in one go increase investments in solar, wind, geothermal energy and climate-smart bioenergy by close to 50 percent. It would give momentum to an industry that must soar if we are to have a chance to stop the heating below 2 degrees.

One can speculate as to why diversification has not come off. Comments from people in the industry mainly point to three reasons. On the one hand, companies are quite simply speculating that tough political measures will be delayed in most countries and that they can therefore look forward to a growing market many decades to come. Partly it is greed that governs. The profitability of selling oil and gas has been very high, which has led to good returns for shareholders and high salaries for people working in the companies. Profitability in the electricity sector has been significantly lower and thus less attractive. Finally, it is possible that the culture in the companies is not suitable for anything other than oil and gas. If true, these companies could refrain from operating solar and wind energy plants themselves and limit themselves to being part owners.

In addition, parts of the media, such as the Murdoch press and, in Sweden, the leader page in Svenska Dagbladet, have gone along

Another factor that comes into play is, of course, the forces that do their best to play down the importance of climate issues, such as the oil-producing countries and economists with William Nordhaus at the forefront. In addition, parts of the media, such as the Murdoch press and, in Sweden, the editorial page of Svenska Dagbladet, have gone along. The SvD has for many years been giving plenty of scope to Björn Lomborg, who repeatedly claims that sun and wind are still too expensive to invest in — a free pass to the oil and gas companies.

Oil and gas companies will be forced to rethink. Concerns about stranded assets are growing in the financial industry and a “tipping point”, when a majority of financial institutions ditches the fossil industry, need not be far away. At the same time, time is short.

The oil and gas companies could make important contributions to the transition, but devote themselves mostly to maintaining the status quo. Responsibility rests heavily on both those who own and those who run them. The situation is not getting any better because, according to an analysis of Influence Map, many of the companies continue to invest big money on political lobbying every year to delay tough measures against emissions.

The oil giants have been very silent since the market meltdown and the advent of the coronavirus. What will be their recovery strategy? Will it be a return to business as usual or will they embrace the transition to a zero carbon future? (Editor comment)