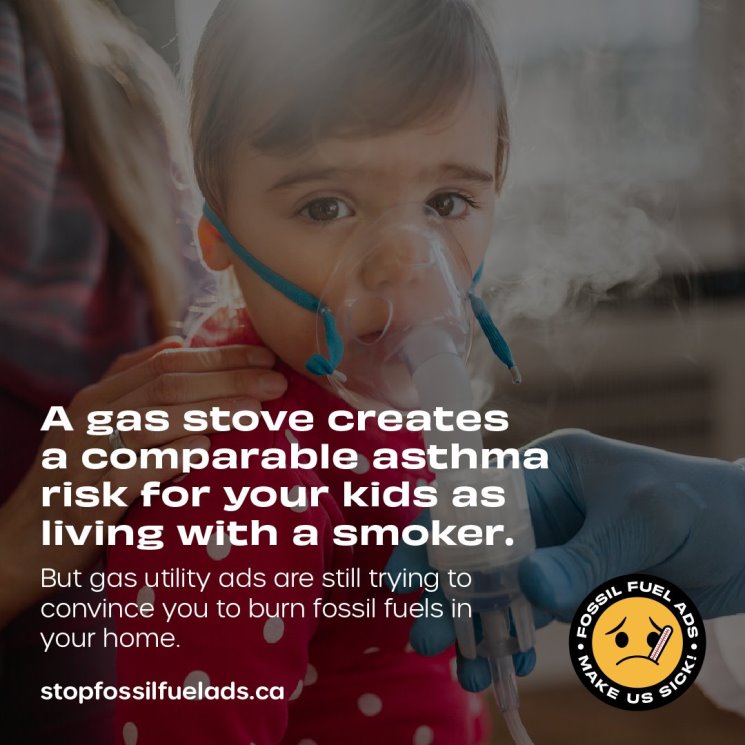 In an open letter to our government, Canada’s health professionals are telling key officials that fossil fuel advertising is fuelling a public health crisis, much like the tobacco industry did in years past. So, Isn’t time to ban fossil fuel ads the same way tobacco advertising is handled?

The Canadian Association of Physicians (CAPE) has officially released an open letter that calls on the Canadian government to ban advertising which promotes fossil fuels. A summary of the letter follows. Source: https://cape.ca/action/sign-on-to-stop-fossil-fuel-ads/

We are writing to you because of our deep concern about the health impacts people are experiencing as a result of carbon pollution. We stand with over 700,000 health professionals in sharing a strong conviction of the need for limits on advertising of fossil fuels products and industries to address this public health crisis.

The burning of fossil fuels – coal, oil, and gas – is the major driver of climate change and the biggest contributor to poor air quality. Climate change and air pollution are interconnected urgent public health emergencies, negatively affecting the physical health, quality of life, mental health, and longevity of people in Canada.

As a new Health Canada report affirms, the health impacts of climate change related to rising temperatures and extreme heat, wildfires, and the expansion of zoonotic diseases into Canada are not just future concerns, but impacts already being experienced today. These impacts were exemplified by the nearly 600 people who lost their lives and many more who suffered from the climate change-fuelled heat dome and catastrophic flooding in British Columbia last year.

Fossil fuel marketing and promotion is harmful to human and planetary health in three key ways:

In a tweet, Seth Klein of the Climate Emergency Unit points out one of many misleading ads and misinformation being propagated by the fossil fuel sector.

Did you know that a gas stove creates the same asthma risk for kids as living with a smoker? But we’re STILL told that “natural gas” is the safest option?

With public and planetary health as their utmost priority, and drawing on the success of tobacco regulation, health professionals are calling for:

ICYMI:
Glimmer of Climate Hope With a Mix of Cautious Optimism
Playing for the Planet – New-Wave Climate Activism
Gotta Love Those Microorganisms, the Good Ones That Is