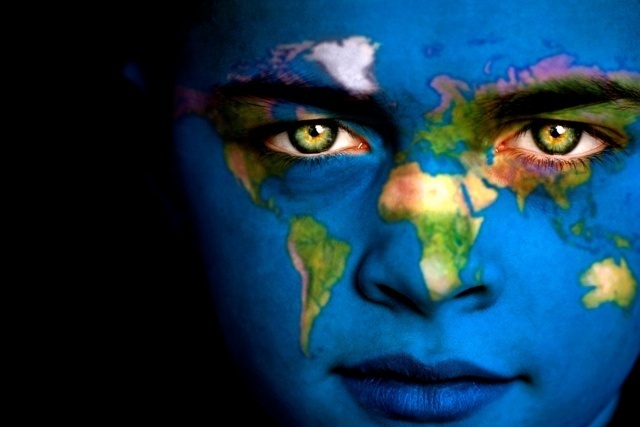 Fear is the great motivator. We pay attention to what we fear the most. And right now, as I write this article, the focus is on terrorism because of the recent events in Paris. But we should be focused on the Paris COP21 climate talks starting in a few days, the most important climate summit in history. We must keep our eyes on the climate ball.

Eyes on the climate ball

There are two dark forces impacting humankind in the perilous times we live in – climate change and terrorism. There are many similarities between the two phenomena. Both have a large fear component, forcing people to alter their behavior. Both lead to socio-political-economic instability of the kind we are seeing in France and Belgium at the moment. World leaders and politicians around the globe are raising threat levels in their homeland, issuing travel advisories and raising security measures for public places, embassies and government buildings.

When it comes to climate change, millions of activists, scientists, climatologists and NGOs fear the worst for the planet unless appropriate action is urgently taken to transition away from the burning of fossil fuels.  The demand for action has never been stronger than it is right now. Thousands of events are planned for November 29th on the eve of the climate talks. I will be attending the 100% Possible march in Ottawa along with thousands of other concerned Canadians.

The most significant difference between climate change and terrorism is one of scale. As tragic and horrific as were the killings of some 130 innocent civilians and injuries to hundreds of others in Paris, it pales by comparison to the millions around the globe who are impacted by climate change each and every single day.

The WHO (World Health Organization) estimates that:

Extreme high air temperatures contribute directly to deaths from cardiovascular and respiratory disease, particularly among elderly people. In the heat wave of summer 2003 in Europe for example, more than 70 000 excess deaths were recorded.

Globally, the number of reported weather-related natural disasters has more than tripled since the 1960s. Every year, these disasters result in over 60 000 deaths, mainly in developing countries.

A lack of safe water can compromise hygiene and increase the risk of diarrhea diseases, which kill approximately 760 000 children aged under 5, every year.

Between 2030 and 2050, climate change is expected to cause approximately 250,000 additional deaths per year, from malnutrition, malaria, diarrhea and heat stress.

The direct damage costs to health (i.e. excluding costs in health-determining sectors such as agriculture and water and sanitation), is estimated to be between US$ 2-4 billion/year by 2030.

The other significant difference between climate change and terrorism has to do with our reaction time to each phenomenon. Terrorism commands immediacy. Events like the ones in Paris needed a quick response as they were unfolding. The time frame is ‘right now’. The French government could not wait until the next international conference to submit its terrorism-reduction targets. But climate change is just more distant – we can deal with it down the road.

In her recent article in theguardian, Naomi Klein reflects on the frequent casual response to climate change:

When I arrived, [in Sweden] the press was having a field day with a tweet sent by Sweden’s environment minister, Åsa Romson. Shortly after news broke of the attacks in Paris, she tweeted her outrage and sadness at the loss of life. Then she tweeted that she thought it would be bad news for the climate summit, a thought that occurred to everyone I know who is in any way connected to this environmental moment. Yet she was pilloried for her supposed insensitivity – how could she be thinking about climate change at a time of such carnage?

The reaction was revealing, since it took for granted the notion that climate change is a minor issue, a cause without real casualties, frivolous even. Especially when serious issues like war and terrorism are taking centre stage.

At a joint news conference in Washington following his meeting with French President Francois Hollande, President Obama said “what a powerful rebuke to the terrorists it will be, when the world stands as one and shows that we will not be deterred from building a better future for our children.” Hollande added “I think there cannot be any better symbol or response but to hold the [climate] conference in Paris…..with some 150 heads of state and government.”

Although I applaud Obama and Hollande for highlighting the importance of the world climate summit  calling it a “rebuke to ISIS’, the focus in Paris is still on terrorism. France has issued a ban on many activities – marches, rallies and concerts – related to the conference in spite of Hollande’s defiant tone in Washington. The United States has issued a travel alert for US citizens citing increased threats of terrorism. British Prime Minister David Cameron has recently announced an additional £2bn to combat terrorism.

Life must go on and citizens must be protected from the threats of terrorism. But terrorism affects only the few. Indeed life must go on for the 7 billion plus inhabitants of this world. Let’s keep our eyes on the climate ball. The Paris climate summit is not a rebuke to terrorism. It’s a celebration of climate, of our environment and of our planet.