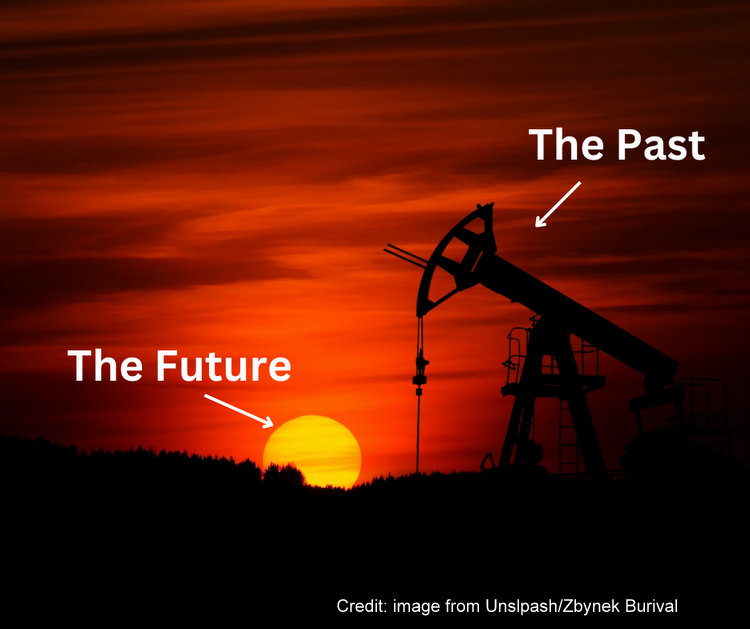 “The transition to a secure and sustainable energy future for all requires unprecedented shifts in the global energy sector,” says Faith Birol, executive director of the IEA. Such a transition is inevitable in spite of the oil and gas sector’s relentless drive to delay all action on tackling the climate crisis.

(The following article was previously published in the Canadian Climate Institute blog.)

Here are the top five lessons for Canada from a set of three international case studies that examined transition approaches in oil and gas regions in New Zealand, Denmark, and Scotland.

Defining a just transition for oil and gas sectors is often a negotiated process. While unions and industry must be central to that process, there are also implications for communities, businesses, and Indigenous rights holders. Denmark, New Zealand, and Scotland all used public engagement to determine what a just transition means for them. In Scotland, an independent commission convened a broad social dialogue to help define just transition principles. In New Zealand, a large, inclusive public engagement exercise in the transitioning region resulted in the Taranaki Roadmap 2050, which defined just transition and set out plans to get there. In Denmark, the government established 14 partnerships with the business community and a Green Business Forum to strengthen dialogue on the green transition of business. These forms of engagement define priorities and objectives and establish consensus for action.

Approaching transition as a regional challenge, rather than only a sectoral one, can reveal opportunities and assets that may otherwise be missed.

An inclusive regional development approach helps identify assets and opportunities that can drive growth and opportunity in oil and gas regions. This approach emphasizes that just transitions are about more than just industry workers and recognizes that the broader community is also impacted. For example, in Denmark, there is political and social consensus that the North Sea will remain the key energy producer, but instead of oil, will focus on wind energy and other renewable energy activities. Therefore, Denmark’s transition is being managed in place, with new economic activities in a sector that has many transferable skills with oil and gas. The strength of the renewable energy sector reduces risks not just for workers and industry, but for the broader community.

To be effective, just transition policies must be coordinated across                  departments and even orders of government.

It would be a mistake to think of energy transition as a technical endeavour. Both regional development policies and sectoral policies should be effectively combined to support just transitions. For governments, this presents a horizontal and vertical coordination challenge. New Zealand has answered this by establishing a Just Transitions Unit within the Ministry of Business, Innovation, and Employment—it forms a centre of expertise in government for managing transitions, forming partnerships, and co-ordinating investments to bridge any identified gaps. Scotland has a new junior ministerial post—Minister for Just Transition, Employment and Fair Work—responsible for co-ordinating the national Just Transition Planning Framework. Both are examples of how to co-ordinate just transition actions and investments across government.

More than half of the 65 million workers in the global energy sector are employed by clean energy companies. — IEA Report

Tying just transition criteria to public funding for contracts can alleviate the concerns of energy workers.

A major concern of energy workers is that the jobs that they transition to will be of lower quality and pay. Ensuring fair work and living pay standards through the transition is one way of addressing this. For example, the Scottish government required contractors receiving heat and energy efficiency contracts to ensure fair work terms as a condition of receiving the contract. Similarly, Scotland’s plans to create green freeports (large areas with transport links where businesses benefit from tax and other incentives) include the requirement that initiatives receiving public investment must demonstrate support for “just transition to net zero emissions by 2045 and the creation of high-quality employment opportunities with good salaries and conditions” in order to qualify. In these ways, just transition objectives are baked into program funding criteria.

There is a great deal of risk associated with transitioning industries, causing harm and anxiety to stakeholders and rights holders. A rigorous and independent assessment of how transitions are impacting people is important. In New Zealand, metrics and evaluation are included in the Taranaki Roadmap process, a novel approach as the indicators of success are designed upfront and include a variety of perspectives. For example, Māori worldviews of well-being and success were integrated into the process. Outcomes are assessed in annual public updates, reviewed every two years, with a detailed review every five years. Scotland has adopted a national approach. Their Just Transition Commission will evaluate progress on key just transition targets–for example monitoring how different groups either benefit or are impacted–with the goal of holding the government to account.

Industrial and energy transitions are not new. Canada has long had boom and bust industries and some transitions have been managed better than others. And of course, the oil and gas sector is no stranger to periods of growth and decline. However, because global demand for oil is expected to fall significantly on the path to net zero, this transition could cause significant disruption and job loss if Canada is not prepared. The sector also has a disproportionate impact on the broader economy and environment. Although Canada has taken some steps to transition its oil and gas sector, for example, with the creation of new Regional Energy and Resource Tables, much more needs to be done. Canada should draw inspiration from other countries’ experiences while designing a home-grown approach reflecting distinct regional economies and Canadian federalism. A just transition for Canada may require new policy instruments and new governance and accountability frameworks. As the cases of New Zealand, Denmark, and Scotland illustrate, the tools are readily at hand to ensure a just transition for Canada’s oil and gas workers.