Below 2C
Home Socio-Politico Banks Fossil Banks No Thanks 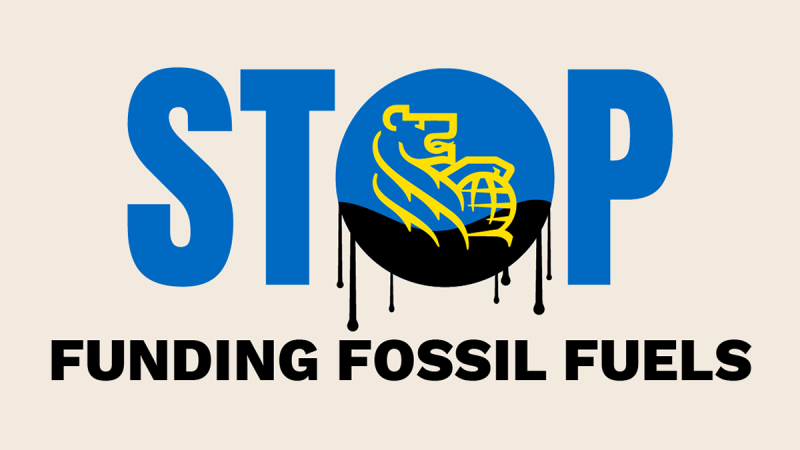 Fossil Banks No Thanks is the slogan—rallying cry—for a national action day targeting Canada’s five Big Banks for their role in financing the climate crisis. The event, scheduled on Friday, January 29, will expose RBC as the worst Canadian bank backing fossil fuels, financing over C$178 billion since Paris, making it the fifth largest bank funding fossils in the world. TD is second worst at C$131 billion, making it the eighth largest on the planet.

Canada’s big 5 banks – RBC, TD, BMO, CIBC, and Scotia – have collectively financed over C$610 billion in fossil fuel projects since the Paris Climate Agreement was signed. The amount is growing every year, and will jump significantly once 2020’s numbers are added in.

RBC is the WORST

Here is some messaging you can use to support Fossil Banks No Thanks on social media:

RBC is burning down the Paris Agreement by financing over $178 billion Cdn in fossil fuel projects since 2016. At a time when banks should steer clear of projects that damage our climate, RBC is the biggest fossil fuel bank in Canada and the fifth biggest in the world.

No amount of slick PR can hide that RBC invests billions in fossil fuel projects. If RBC truly believed in ‘better banking’ it would start by dropping fossil fuel financing.

While RBC is the worst Canadian backer of fossil fuels, all 5 major Canadian banks need to stop financing fossil fuels. Canadian banks’ existing green pledges – like TD’s “net zero by 2050” – are meaningless greenwashing because none have committed to rapidly phasing out fossil fuel financing, as climate science demands.

Together, Canada’s big five banks have financed over $610 billion Cdn in fossil fuel projects since 2016. This includes financing projects that violate Indigenous Rights, like Coastal Gas Link, which all five big Canadian banks are invested in.

If Canadian banks’ truly care about the climate, as their websites and press releases claim, they need to stop making empty PR promises and take real action. Canadian banks need to put their money where their mouth is and stop financing fossil fuels.

Canada’s @rbc is not only the 5th biggest funder of fossil fuels IN THE WORLD, it’s also funding projects that violate Indigenous Rights like Coastal Gas Link and Line 3 #QuitRBC #FossilBanksNoThanks #FireYourFossilBank #BankSwitch

When enough is enough….

To find out more about your bank, click on Canada’s Big Five #FossilBanks

And then, join the #FireYourFossilBank Campaign

If you’ve had enough with your fossil bank, here are Tools To Move Your Money

ICYMI:
Canada’s Big 5 Banks: The Climate Movement Is Coming For You In 2021
Canada’s Big Banks Are Sacrificing Our Climate For Profits
To Prevent Extinction, Banks Have To Stop Funding It