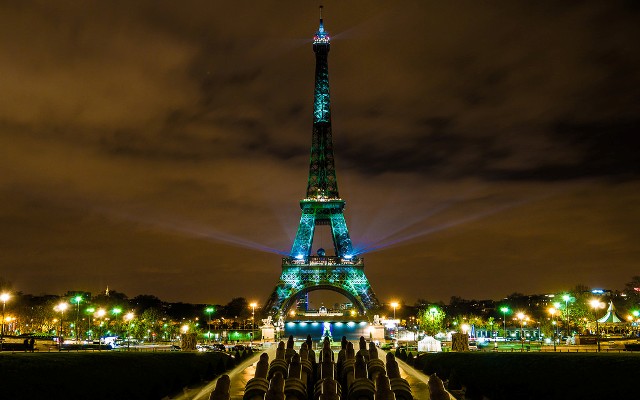 In this post, Nick Fillmore reflects on the aftermath of the Paris Agreement – the afterglow. Will the commitment for climate action of 195 world leaders and corporate sector giants like Bill Gates and Mark Zuckerberg be enough to check the climate crisis in its tracks. Is this the beginning of the end of fossil fuels? Will humanity be saved from the madness of perpetual growth, run-away over-consumption and over-exploitation of resources? Time will tell. (Rolly Montpellier, Editor for BoomerWarrior).

In the Afterglow of Paris Agreement

With these headlines appearing in newspapers across the country, Canadians must have been relieved that they don’t need to worry about climate change nearly as much now that everything has been worked out in Paris.

Unfortunately, this assumption couldn’t be further from the truth.

The politicians meeting in Paris, faced with the possibility of total failure, were extremely excited to reach any kind of an agreement. As politicians will do, they convinced themselves and the compliant mainstream media that the accord all 195 countries signed was an amazing break through document.

The agreement is jam-packed with lofty language and idealistic goals. However, it is totally lacking in legally binding mechanisms that will hold governments to emission limits that will stop global warming from reaching devastatingly high levels.

May & Klein have strongly different opinions

Even so, there are strong differences of opinion among environmental leaders concerning the value of the pact.

Green Party leader Elizabeth May is not concerned that the temperature goals in the agreement are not binding. “It’s an historic and potentially life-saving agreement,” May writes in her blog. . . . . “it may save the lives of millions. It may lead to the survival of many small nations close to sea level. It may give our grandchildren a far more stable climate and thus a more prosperous and healthy society.”

Two of the world’s leading climate activists disagree strongly with May.

Responding to the cheering going on in the meeting room when the deal was signed, Bill McKibben, co-founder of 350.org commented: “All the serious people in there in suits are playing fantasy games.”

Activist and author Naomi Klein said the agreed upon targets are far too weak. “They don’t lead us to 1.5 degrees Celsius or 2 degrees. They lead us to warming of 3 to 4 degrees Celsius, which is beyond catastrophic.”

This year global warming, compared to the pre-industrial age temperature, is expected to reach 1 degree Celsius. Scientists say that warming must be kept to 1.5 degrees if hundreds of islands are to be saved. If countries do not improve on the promises they made in Paris, global warming could reach 3.5 degrees by 2100 or earlier.

Instead of stepping forward and coming up with firm commitments to fight warming, rich countries in Paris abdicated their responsibility to powerful multi-national corporations.

Corporations were involved in just about every aspect of COP21, including helping to pay for the summit. Meanwhile, a few select non-governmental organizations were permitted to only ‘look over’ the draft of the agreement at the end of each day. Organizers kept thousands of protesters away from the delegates.

Most of the actions that can come out of the agreement are left to the marketplace, and many activities will be carried out by the same corporations that have polluted the planet. Incidentally, it was no surprise that none of the words “fossil fuels”, “oil” or “coal” appear in the agreement.

Carbon trading, which allows companies to make huge profits but that is slow to reduce emissions, is looked upon favourably. Because no action was taken against fracking, which produces highly damaging methane gas, the practice will increase.

It is a bitter irony that the banks financed corporations as they destroyed our climate, and now they’ll provide the financing for many of the same companies to try to clean it up.

The lack of substantial outcomes from Paris for countries with the least ability to defend themselves from global warming has caused rifts that may not be overcome for years.

Helen Szoke, of Oxfam Australia, denounced the agreement as “a frayed lifeline to the world’s poorest and most vulnerable people.” Small Island Developing States (SIDS) in the Pacific Region contribute just 0.3 per cent of global greenhouse gas emissions. Yet residents of many islands have had to leave their homes, and dozens of islands will disappear under water if strong actions to slow emissions in the developed world are not taken.

There was a lot of fancy talk in Paris about transporting millions of tonnes of earth to restore the most threatened islands, but residents aren’t holding their breath.

The strongest condemnation of the Paris agreement came from Kumi Naidoo, the executive director of Greenpeace, one of the world’s most influential environmental groups. It’s “climate apartheid,” says Naidoo:

Environmentalists must pick up the slack

So with governments failing to move the cause of a cleaner environment forward in any meaningful way, what can be done to pick up the slack?

Across the globe, NGOs, civil society and all kinds of organizations need to work together lobbying all levels of government. It seems they may be the only segments of society – for now at least – willing to fight for climate justice.