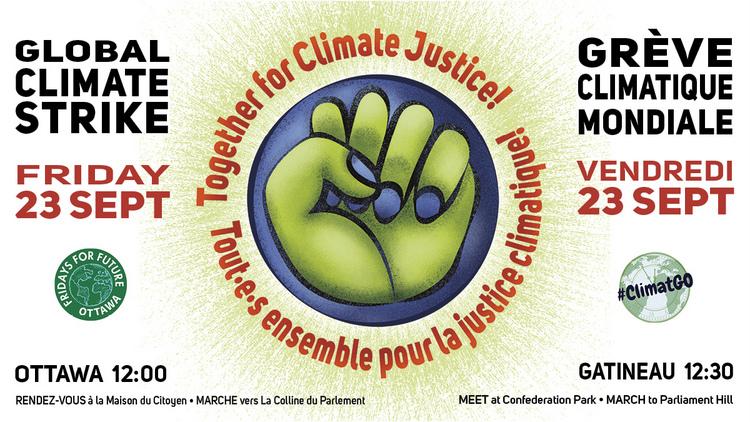 The September 23 global climate strike will arguably be the mother-of-all climate strikes. Not because of the number of people who will take to the streets but because the worsening impacts of extreme weather around the world demand it.

Ignoring, delaying, pretending, procrastinating, postponing, debating can no longer be tolerated. We are in deep climate crisis! And no one can escape it.

Droughts in Europe are making rivers unnavigable, crippling the shipping of materials and the river cruise industry.

China’s blistering heat wave is on another level in terms of ferocity and scope. The heat has shut down manufacturing plants, interrupted hydropower as rivers dry up and is causing havoc in China’s extensive supply chains.

The UK is experiencing a series of heat waves unprecedented in recorded history, part of a wavenumber 5 pattern affecting the northern hemisphere. This year’s heat led officials to declare the first ever ‘red warning’ for extreme heat.

Pakistan’s flooding is being described as the worst ever seen with the number of deaths accumulating—over 1,200 to date with one third being children. The floods have left  20 million homeless and destroyed over 1 million homes and some 17,000 schools.

And so we continue to organize and march for climate…

In 2019, Greta Thunberg inspired over 4 million climate strikers, many of them students—the biggest climate protest ever. Turnouts at subsequent climate actions have suffered since the start of COVID in 2020.

Organizing a global action during the third year of the COVID crisis is proving to be a challenge. In many cases, organizers are having to pick up the pieces to re-mobilize youth and the general public as the climate crisis deepens. But we must continue to organize, rally, march and scream for climate justice around the globe. We cannot rely on our leaders. They have largely been captured by the fossil fuel industry and the financial sector which supports fossils.

The next #FridaysforFuture global climate strike is on September 23. And again it will be led by Greta Thunberg and youth. Check the Fridays for Future site to find a protest/rally near you.

Less than one month until our next global climate strike! On September 23rd we will strike for climate reparations and justice. Find out more at https://t.co/jdJTvjhs7y#PeopleNotProfit pic.twitter.com/siSOoiQACQ

Climate actions will be taking place on September 23 at various locations across Canada. See the Fridays for Future Canada map for an event near you and the Climate Strike Canada site for details coming soon.

Below2C is a member of the organizing team for the Ottawa Fridays for Future climate strike. Please Register on the FFFOttawa Facebook event page.

“Without a dramatic break from this system, we cannot ensure a livable planet for our presents and futures.” — End Fossil Occupy