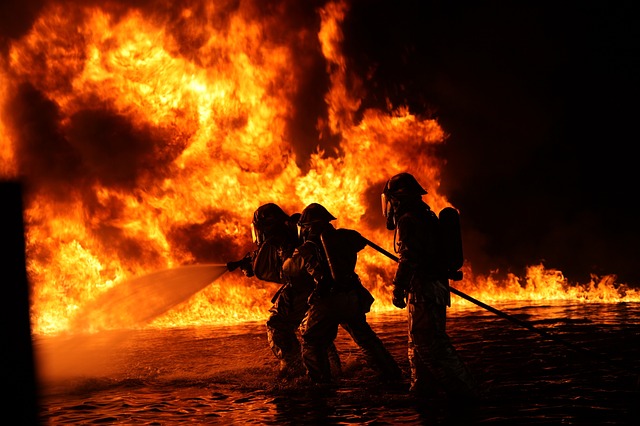 The climate irony is inescapable as the Fort McMurray wildfire drama unfolds day by day. It has been termed the perfect fire storm leading to a new breed of wildfires. Experts believe that the Fort McMurray blaze could be the new norm for wildfires as global warming continues to heat up the planet.

David Andison, (professor with the faculty of forestry at UBC) says that:

Climate change models and research all point to the idea that fire season is going to be longer in the coming years, and the fires will be more severe. It will really just be the new normal.

Many people will argue that now is not the time to discuss global warming and climate change. “The fact that the forest-fire season has arrived so early in northern Alberta is very likely a climate event,” Elizabeth May said to reporters in Ottawa. May went on to say “it’s a disaster. But it’s a disaster that is very related to the global climate crisis.” Prime Minister Trudeau criticized May for her comments but then went on to say at a press conference:

It’s well known that one of the consequences of climate change will be a greater prevalence of extreme weather events around the planet.

I would argue that now is precisely the right time to make the link between epic wildfires and climate change. Once the fire is over it will be too late. People will move on with their lives and the Fort McMurray climate disaster will be remembered as just another freak of nature as were the 2013 floods in Calgary and the Great Slave Lake fires of 2014.

The bitter climate irony lies in the fact that Fort McMurray became the undisputed capital of the Tar Sands development during Alberta’s skyrocketing growth as an oil-producing province. Albertans have enjoyed a level of economic growth and personal income unequaled anywhere else in Canada.

Fort McMurray’s rapid growth is the direct result of mining the Tar Sands – one of the dirtiest oils in the world producing high levels of carbon emissions which have contributed to the global climate crisis.  Alberta has by far the largest portion of the Canadian emissions pie with levels increasing by 53 percent since 1990.

The climate irony of an intense fire fueled by global warming attacking the capital of Tar Sands production is just too much to ignore. One could say that Mother Nature is striking back. Some oil production operations have been cut back because of the fires.

Unfortunately some 88,000 people have been displaced or evacuated adding untold human suffering to the destruction of wild animals and ecosystems. All of Canada supports the victims of the Fort McMurray disaster whose lives have been broken by the events of the last few days.

In the following video Paul Beckwith talks about the 88,000 climate refugees of the raging wildfires in Northern Alberta and the obvious links to climate change.

Fort McMurray was incinerated in a wildfire creating 80,000 climate refugees overnight. As tragic as this fire was, it is just one more city being destroyed in our climate change casino. Every city on our planet is vulnerable. Governments must do the right thing and declare a global climate change emergency. (Paul Beckwith)

“This (fire) is consistent with what we expect from human-caused climate change affecting our fire regime,” Mike Flannigan, a wildfire researcher at the University of Alberta, said. According to Flannigan, the fire season starts earlier and lasts longer than it did a few decades ago.

To put it bluntly: Fort McMurray is the epicentre of Tar Sands production. Tar Sands are a dirty fuel producing high carbon emissions contributing to global warming and global climate change. Climate change makes extreme climate events such as wildfires more intense and severe like the blaze attacking Fort McMurray. The severity and intensity of the Fort McMurray wildfire is made worse because of carbon emissions produced in its own back yard. The circle is complete.