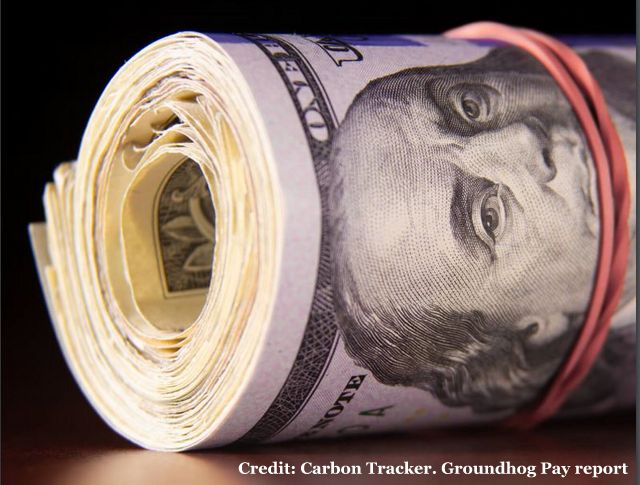 “It seems inevitable that the energy transition will spell the end of the fossil fuel industry’s traditionally growth-focused business model, which has already started to fail. The reduced usage of fossil fuels necessitated by any Paris-aligned temperature target is inherently inconsistent with increased fossil fuel production,” according to Groundhog Pay, the December 2020 Carbon Tracker report. The analysis shows “how executive incentives trap companies in a loop of fossil growth.”

(This article is sourced from the Carbon Tracker website, reports and analyses.)

Groundhog Pay is the third in the Carbon Tracker remuneration series following Paying with Fire and Fanning the Flames. The series exposes how executives are rewarded to produce more oil and gas at odds with climate ambition needed to become Paris-compliant.

A review of remuneration policies at the 30 largest listed oil and gas companies in Europe, Asia and North America shows that:

Remuneration policies have an important part to play in steering oil and gas companies in new directions.

Carbon Tracker recommends four asks that company shareholders should consider ahead of the 2021 AGM season:

As long as oil sector executives get paid large bonuses for growing oil production and reserves, it’s unrealistic to expect that they will shift their focus to a low-carbon strategy. In a post-Covid world calling to build-back-fossil-free, fossil companies have an opportunity and a duty to realign their business practices with climate reality.

ICYMI:
Investors Are Backing Away From Fossils
The Pipeline Era Is Over. Cancel Trans Mountain
Pointing Out The Glaringly Obvious: Oil is Dead