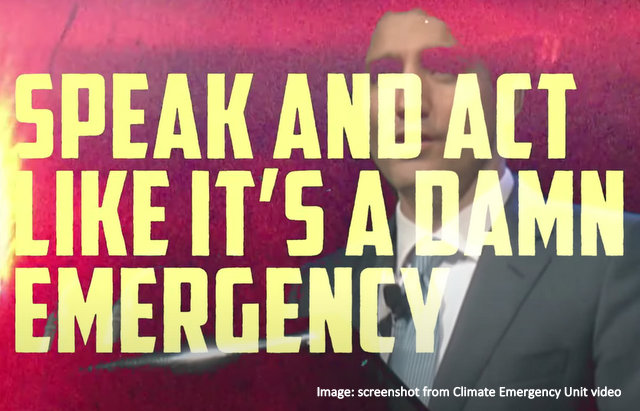 Canada’s current climate plan and policies are not working. We need an entirely new and different approach. We need to confront the climate emergency with wartime-scale measures. Canada needs to be at war with the climate crisis. That is the focus of Seth Klein’s book: A Good War: Mobilizing Canada for the Climate Emergency.

Canada: At War With the Climate Crisis

“There is no home in Canada, no family and no individual whose fortunes and freedoms are not bound up in the present struggle.”

Make no mistake about it. We are at war once again but this time the present struggle is the climate crisis.

In June of 2019, the Canadian government declared a climate emergency. But how do you know when a government gets the emergency?

The following video lays out 4 lessons from World War II to help us confront climate change.

The video identifies 4 critical markers for when you know that a government has shifted into emergency mode:

During the Second World War, Canada hit all 4 markers , Big time. But on climate, we’re 0 for 4.

The chart below shows that Canada is not meeting the climate challenge. Despite decades of setting climate targets—none of which has been met—our emissions are not on a path to fend off a dreadful future for our children and grandchildren.

Canada is not meeting the challenge

“The overarching goal of the CEI is to press for the implementation of wartime-scale policies in Canada to confront the climate crisis…We have run out the clock with distracting debates about incremental climate changes…The climate emergency requires a new mindset — to mobilize all of society, galvanize our politics and fundamentally remake our economy.”

“This is the task of our lives.” — Seth Klein, A Good War

ICYMI:
There’s an Avalanche of Climate Bullshit Coming at Us
The Message for Alberta is Clear But Is Anybody Listening