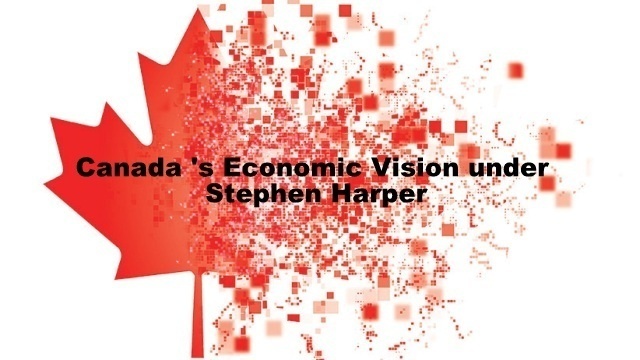 This election should be about a new economic vision for Canada but it’s not. The focus is most certainly on the economy. All four party leaders speak repeatedly about economic development, creating jobs, taxation policy, increasing consumer spending. The cornerstone of our economy continues to be the consumption of goods. Only Elizabeth May speaks convincingly  about the need for economic policies that encourage a healthy environment and improve the quality of life.

The federal leaders’ debate on the economy focused on important issues — jobs, deficits, infrastructure spending, pipelines, climate change — but no one talked about a different vision for Canada’s economy. What if we challenged our leaders to answer the dilemma posed by American journalist Charles Bowden: Imagine the problem is that we cannot imagine a future where we possess less but are more? Not being able to even imagine an economy without continual growth is a profound failure.

A better economic vision would support the right of all Canadians to live in a healthy environment, with access to clean air and water and healthy food. It would respect planetary boundaries and provide the moral imperative to decrease growing income disparities. Businesses would be required to pay for environmental damage they inflict, capital would be more widely distributed and ideas, such as employee shareholder programs with ethically invested stocks, would be the norm.

This alternative economy would connect people to family, friends and communities, focus on social capital investments over gross domestic product gains, and distribute wealth through taxes, social programs and minimum guaranteed incomes. In The Spirit Level: Why More Equal Societies Almost Always Do Better, authors Richard Wilkinson and Kate Pickett write that developed countries with the greatest inequalities have higher rates of disease, mental illness, drug use and a host of other social problems. Reducing income gaps makes all of us healthier.

In Canada, we don’t question our emphasis on constant growth. Our economic system favours short-term profits at the expense of our long-term health and survival. Despite more than five decades of trying to fix our environmental challenges, forests are still threatened, deserts are spreading and climate change is creating more frequent and intense storms, floods, forest fires and droughts.

In a statement that applies equally to Canada, the late U.S. Supreme Court Justice Louis Brandeis once noted, “We can have democracy in this country or we can have great wealth concentrated in the hands of a few, but we cannot have both.”

A cornerstone of our current economy, consuming goods, may give us fleeting pleasure, but it isn’t making us happier. Studies show the pleasure derived from food, sex, exercise and time with loved ones or doing meaningful work takes much longer to fade. Worse, consuming stuff is not only addictive, it also feeds rivalry and societal overconsumption.

The Canadian Index of Wellbeing uncovered some troubling truths about the connection between the economy and well-being. When Canada’s economy was thriving, Canadians saw only modest improvements in their overall quality of life, but when the economy faltered our well-being took a disproportionate step backward. This is troubling, given predictions for an upcoming extended period of weak economic growth. Why are we so reluctant to talk about how we can get out of this cycle of endless buying and unsatisfying consumption by considering steady-state economies or even de-growth alternatives?

Despite this failure to imagine a better way, we may finally be seeing a change in course. The climate crisis is creating a global consciousness shift, with hundreds of thousands marching to demand change, and Pope Francis’s Encyclical warning that economic growth and technology can’t continue to trump all other concerns. Throughout Europe, North America and beyond, support is growing for confronting income and wealth inequality.

Imagine a Canadian election in which leaders gave us economic visions aimed at caring for people and the planet. It’s time we talked about a future when we can live with less and be happier.