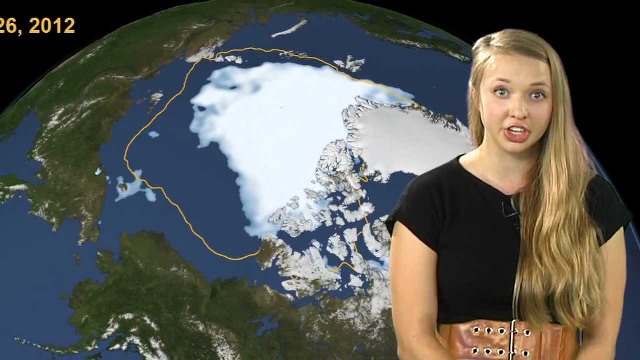 This post was published on September 3 by Kai Nagata of Deep Rogue Ram. Weathergirl goes rogue was filmed at Strut Studios in Vancouver. It stars Pippa Mackie and Kai Nagata. It’s written by Heather Libby.

In Weathergirl Goes Rogue, Pippa Mackie, who seems quite cool and calm at the beginning of her weather report,  goes totally rogue. She starts with the warm weather in the far North causing the disappearance of Arctic ice. And then she digresses to the number of consecutive warmest months caused by the use of fossil fuels leading us down an ‘inescapable death spiral’.

From there, it just gets a little weirder and finally the weirdest as she takes it out on the news anchor (Kai Nagata).