Below 2C
Home Solutions Carbon Pricing The Backstory of COP21 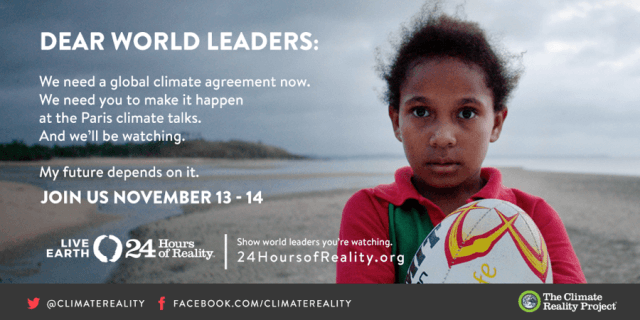 COP21 has been described as humanity’s last chance for tackling climate change.

With only days remaining before the start of the United Nations’ Paris Climate Talks, it’s important to understand the backstory of COP21, very likely the most critical of all previous Conference of Parties meetings.  Over 100 world leaders, some 40,000 delegates and hundreds of thousands of protesters will descend on Paris starting on November 30 with the aim of reaching a global binding agreement on emissions.

What exactly is happening in Paris? Even if the conference’s themes and goals are clear, who precisely is involved and what actually happens can still seem a bit of a mystery. Plus, how did we get here in the first place?

These are important questions if you’re going to follow along through the upcoming weeks of negotiations. So we’ve put together a short primer below to give you the Who/What/When of international climate negotiations leading up to Paris and then beyond.

While it’s been a long road to get here, one of the factors that make the Paris talks different from previous negotiations – and means we have a real chance at a historic agreement – is that negotiators have learned from past attempts and have adjusted their approach accordingly.

The Backstory of COP21

Countries agree to the Montreal Protocol to quickly phase out the chlorofluorocarbons (CFCs) creating a hole in the ozone layer. Then, two years later the protocol goes into effect. Think of the Montreal Protocol as establishing a global working model of a framework agreement where countries agree to a set of environmental goals and then separately implement measures to achieve them. We’ll see later on how important this framework has become.

One hundred and fifty-four countries sign the United Nations Framework Convention on Climate Change (UNFCCC), a framework agreement binding all signing nations and the EU (known as “parties”) to prevent “dangerous anthropogenic interference with Earth’s climate system” and to monitor and report their activities on climate change. It also crucially separated developed countries and developing countries into “annexes” with differentiated responsibilities. Today, 195 countries and the EU have signed the treaty. The UNFCCC is a big step forward, but it doesn’t – on its own – commit countries to actually doing anything to reduce emissions.

Nations make the first serious attempt at an agreement to move forward on the UNFCCC’s goals – and the result is the Kyoto Protocol. The agreement sets up a structure that follows the UNFCCC treaty’s annexes, where industrialized countries who ratify the protocol are legally bound to work towards targets set at the international level for reducing emissions, beginning in 2005 (developing countries were not bound to any targets). Splits between developed and developing nations led to some countries, including the US to not formally join the agreement, but it did bind the EU and some industrialized countries to emissions reduction targets they ultimately met.

The UNFCCC holds its 15th Conference of the Parties (COP 15) meeting in Copenhagen with the goal of finding a new and more inclusive way forward for international efforts on climate change. For several reasons, COP 15 didn’t meet the climate movement’s expectations, but it did push the international community towards the idea of nationally determined targets.

At COP 17 in Durban, South Africa, negotiators set COP 21 in Paris in 2015 as the time and place for a new global climate agreement, this time applicable to allparties.

Negotiators at COP 19 in Warsaw, Poland establish Intended Nationally Determined Contributions (INDCs) as the tool for countries to make and submit commitments to climate action as part of the Paris agreement. What separates INDCs from previous policy efforts is that they:

The result is that for the first time, countries are setting real goals under an established system, saying how they’ll meet them, and exposing themselves to public scrutiny.

COP 21 is just ahead. Think of the agreements and decisions that came out of the earlier meetings as steps to get here. The format itself is pretty simple: 196 parties to the UNFCCC (195 countries and the EU) send delegates chosen by their national governments. Who these delegates are and who leads them varies from country to country: the US, for example is sending US Special Envoy for Climate Change Todd Stern from the US State Department to lead its delegation, while China is sending Xie Zhenhua, the vice chairman of the National Development and Reform Commission, and other nations are sending their environment ministers. Regardless of their title, these delegates are there to represent their nation’s position and have the power to give and take on what they’re willing to commit to as part of negotiations.

So far, INDCs representing over 150 nations have been submitted and according to the UNFCCC and scientists who’ve considered what these commitments will together do to restrain global warming, we’ve still got some ways to go to limit temperature rise to 2 degrees Celsius or less. Which is why citizen calls for negotiators to get even more ambitious with their commitments are so critical to ensuring we get an agreement in Paris that can actually address climate change in the timeframe we need. If you haven’t already, add your voice here.

With respect to what they’ll actually be negotiating in Paris, at a meeting in Geneva back in February, all the nations participating weighed in with their perspectives on what the agreement in Paris should contain. Two UNFCCC co-chairs then took on the job of distilling all these opinions over the course of the year, eventually coming to a 31-page draft agreement that will be the starting point for negotiations, not to mention separate decisions to supplement the draft agreement.

Regardless of what the final text of the agreement that comes out of these negotiations is, it’s important to remember that it will be just a starting point – an important one but a starting point nonetheless. After the talks end, it will be up to us – people like you – to make sure our policymakers not only make good on what they promised in Paris, but also progressively make their commitments more and more ambitious. We’re pushing for an agreement that formalizes this process with a review period every five years to evaluate what countries have done and what more they could do, keeping the momentum going and taking us closer to a future where carbon-powered economies and the worst of climate change are things of the past. If all goes well, a vision of that future will be written into the agreement in the shape of a long-term goal of zero greenhouse gas emissions, sending a strong signal to the world that the age of fossil fuels is over. And that’s a goal worth fighting for.