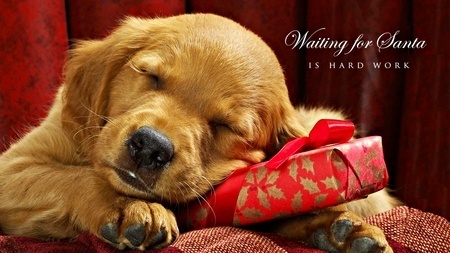 I seldom publish articles that are not climate-related. But during the Christmas season, the child in me drifts back to earlier days of innocence and magical thinking. You know, those days when the future looked so bright and when all seemed possible. I don’t often visit that space anymore. But my friend’s article about puppy bucks has brought me there. I thank him for it.

My friend is Silver Donald Cameron. I’m pleased to share his Christmas story reproduced here with his permission. (Rolly Montpellier~Editor for BoomerWarrior).

What all three boys wanted for Christmas was a dog. Some kind of pet, anyway. No, said their mother. Toys possibly. Books or clothing certainly. But Hazel Cameron had an ailing husband and a home on a 33-foot city lot, and she was a tidy woman. She had three boys; Donald was 13, David nine, Kenneth five. They made enough disorder. A dog? Absolutely not.

On the third Saturday before Christmas, the boys went to the Saturday matinee at the local movie theatre. The theatre management announced a contest. For every dollar spent in a local store, a customer could obtain one Puppy Buck. For six weeks, the theatre would auction off a puppy at each Saturday matinee.

Six puppies. And the boys only needed one. If they pooled their money and bought one, or even if somebody gave them one, their mother would probably make them take it back. But if they won a puppy, what could she do? She’d be stuck. Puppy Bucks were their only chance.

The theatre also passed out dog-food labels with serial numbers printed on their backs. Every Saturday it would hold a draw, and the winning number would win a caged budgie. A budgie was not a dog, admittedly. But maybe you could teach it to whistle at your mother and say, “Hubba hubba” or something. Most kids threw away their lucky dog-food labels. Donald gathered them up from the floor and the sidewalk and the trash cans, and arranged them in numerical order.

That week, the three Cameron boys spent all their allowances in local stores, and on the second Saturday before Christmas, they arrived in the theatre with eight Puppy Bucks. The dog went for fifteen. Donald picked up more labels, but someone else won the budgie.

The boys were depressed. Their friends were outraged. The neighbourhood gang assembled in a basement. Al, Bill, “R.A.,” Jim and Graham, Barry. Hazel Cameron, they decided, was Mean and Selfish. The Cameron boys should have a dog. They had Their Rights. It became a Gang Project.

“If a dog moves into this house, I’m moving out,” Hazel declared. Her sons fretted. The Gang looked grave. But Barry, street-savvy and charming, simply grinned.

Gang members stood outside shop doorways every day after school for a week, begging customers to “ask for Puppy Bucks and give them to us.” Amused, the shoppers did. Half an hour before show time, the boys were still covering the stores. And then, on December 23, the Saturday before Christmas, The Gang entered the theatre, armed with 53 Puppy Bucks.

Barry sat down and turned to the kid beside him, a feckless-looking runny-nosed little shrimp. “How many you got?” he demanded. “Eight,” said the shrimp. “Huh,” said Barry, waving The Gang’s stash. “You lose. We got 53. You might’s well just give yours to us.” The shrimp shrugged and handed over his Puppy Bucks.

Barry looked at the 61 Puppy Bucks in his hand. A light bulb flashed in his mind. He scampered through the theatre, fanning The Gang’s fat wad and picking up more from the shrimps, suckers and other losers. When the lights went down, The Gang had 263 Puppy Bucks.

The movie took forever. Then the theatre manager began the draw for the budgie. Donald riffled through his dog-food labels. There was no winner on the first number, the second, the eighth. On the ninth, Donald leaped to his feet. “Got it!” he shrieked, and went charging down the aisle.

No Dog Was Ever More Wonderful

The Gang had the Camerons’ dog — and still had a commanding position in Puppy Bucks. For four glorious weeks, The Gang went every Saturday to fleece the rubes and claim another dog. A black cocker for Bill, springer spaniels for Barry and R.A., a Lab for Al. (The weekly newspaper noted the odd coincidence that five of the six puppies went to boys on the same block.) The Camerons’ spaniel lived for 14 years, giving the boys endless joy, comforting them through their father’s death, enriching Hazel’s solitary life after the boys moved out, and living long enough to meet her first grandchild. No dog was ever more wonderful.

But the gods were not finished with Hazel. On Christmas Eve, another family, unaware of the auction, brought a hamster as a pet for Hazel’s unfortunate boys. And on Monday, Christmas Day, Hazel confessed that even she had been weakened by their pleas: their parents had bought them three goldfish.

“It was a judgment on me, for being so mean,” said Hazel, who loved this story. “Imagine me saying I’d move out if they got a dog.” For her, always, the climax was suppertime on Saturday, when freckle-faced Barry burst into her kitchen with the tiny blonde head of a bright-eyed puppy peeping from the open zipper of his windbreaker.

The article was originally published in the GreenInterview Blog