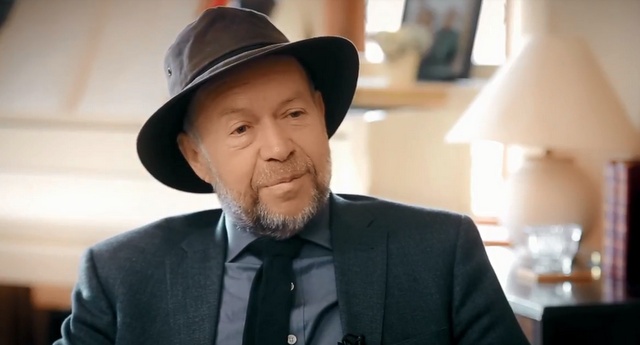 In 1988, a soft-spoken scientist from the National Aeronautics and Space Administration testified before the US Congress. What he said shocked the world. The scientist was James Hansen, widely regarded as the preeminent climate scientist of our time. Hansen’s research showed that rising emissions of greenhouse gases from human activities were dramatically increasing the temperature of the global climate and had the potential of making the planet uninhabitable not only for humans but for many other species. In his most recent Green Interview, Silver Don Cameron meets James Hansen.

James Hansen is a world-renowned climate scientist and director of Climate Science and the Climate Science Awareness and Solutions Program at Columbia University’s Earth Institute. In this exclusive Green Interview, Hansen speaks with Silver Donald Cameron about why it is so difficult to mobilize the public around climate change and what needs to be done, quickly, to restore the Earth’s energy balance. Hansen also explains how a system of carbon pricing would jump start the development of alternative energies, reduce greenhouse gases and provide a return to the public all at the same time.

The Green Interview with James Hansen

According to Hansen, if a system of what he calls carbon fee and dividends were put in place, it would jump start the development of alternative energies, reduce greenhouse gas emissions and provide a return to the public. The way it would work is the price of carbon would begin to reflect its true costs while at the same time the government would collect a gradually increasing fee from the fossil fuel industry, which would be redistributed to the public, in equal amounts, as a dividend. “Those who do better than average at limiting their fossil fuel use would make money,” he says. “Rich people have a bigger carbon footprint because they travel more, they have bigger houses, so they would lose some money but it’s not enough to bother the rich people but it does put money in the hands of lower income people who spend it.

And so what it does is spur the economy and increases the GNP and it drives the energy systems toward carbon free energies so that it’s the most rapid way to phase down carbon emissions.” Hansen says from the public’s point of view there would be no reason not to do it, “It’s only the fossil fuel industry that strongly opposes this and what happens is that the fossil fuel industry is very powerful.”

Hansen is involved in a landmark federal climate lawsuit in the U.S. brought forth by the non-profit organization, Our Children’s Trust. In 2015, 21 youth plaintiffs (between the ages of 8 and 19), an association of young environmental activists called Earth Guardians, and Hansen, who serves as guardian for future generations, filed their constitutional lawsuit against the federal government in the US District Court for the District of Oregon.

The lead plaintiff is Kelsey Juliana, who resides in Oregon. The plaintiffs allege that the defendants have known for more than fifty years that the carbon dioxide produced by burning fossil fuels was destabilizing the climate system in a way that would “significantly endanger plaintiffs, with the damage persisting for millennia.” The complaint asserts that the federal government “permitted, encouraged, and otherwise enabled continued exploitation, production, and combustion of fossil fuels” in causing climate change and in doing so has violated the youngest generation’s constitutional rights to life, liberty, and property, as well as failed to protect essential public trust resources. The case is currently before the courts.

In one hour more than 10,000 people die from the effects of fossil fuel pollution, air pollution and water pollution.” Hansen believes that nuclear power could potentially be a significant contributor to clean energy and serve as an alternative base-load electric power but, he says, “It should be the next-generation nuclear power, which solves some of the objections that people have to nuclear power but it has not been allowed to compete.” The U.S. should develop fast reactors that consume nuclear waste and thorium reactors to prevent the creation of new long-lived nuclear waste, he says.

Silver Don Cameron is the Author of Warrior Lawyers and writer/narrator of the documentary film Green Rights: The Human Right to a Healthy World. Details at www.GreenRights.com.