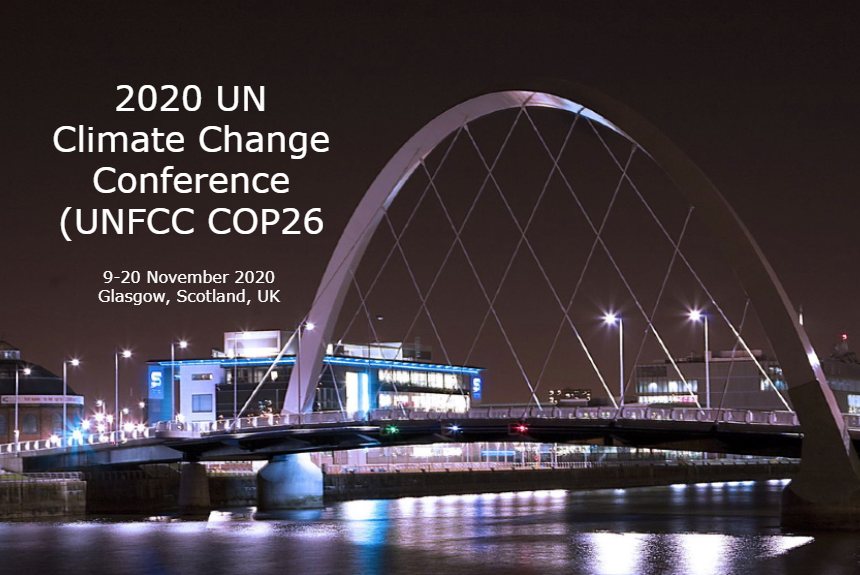 In order for climate talks to succeed, organizers must ban the fossil fuel industry—the fossils—from all future climate conferences starting with COP 26 (Conference of the Parties) in November 2020 in Glasgow, Scotland. Click on button below and say “I Agree”.

COP 26 needs to be a world changer. “The conference is seen as a major crossroads in the battle against global climate change and comes in the year governments are due to review their commitment to cutting ­carbon emissions,” reports Scotland’s The National.

They are allowed a seat at the table and have used this to thwart progress to pursue their own vested interest against the public good. The UN climate change process should ban the fossil fuel industry, the same way the World Health Organisation has excluded the tobacco industry. — Stuart McWilliam, Global Witness

Previous summits going back decades —including COP 25 (Madrid) — have been supported financially by sponsorship deals from the fossil fuel industry. And it’s not unusual for the fossils to actually have a spot at the negotiating table. “Company representatives are often invited by governments to join their delegation and allowed to hold side events during the summit,” reports The National.

Why even the Paris Agreement (COP 21) “was guided to its inevitable conclusion by the veiled hand of Big Oil and its corporate and political allies,” writes Donald Gutstein in The Big Stall. According to Gutstein, Big Oil got its deal in Paris. The Agreement is weak lacking in both ambition and any means of enforcement—exactly what the fossils wanted.

Nothing in the Agreement is obligatory, prompting ecological economist Clive Splash to call it “a fantasy which lacks any actual plan to achieve the targets for emissions reduction…no mentions of greenhouse gas sources, not a single comment on fossil fuel use, nothing about how to stop the expansion of fracking, shale oil or explorations for gas and oil in the Arctic and Antarctic.”

In the euphoria following the approval of the agreement in Paris in 2015, many media outlets, climate experts and NGOs (non-governmental organizations) proclaimed victory calling it the beginning of the end for fossil fuels. But then, the fossil fuel industry got to work and doubled down.

Always Set Up to Fail

There have been four COPs since the Paris Agreement (COP21) and all have failed to move the climate action needle forward. Commenting on the recent COP25 failure in Madrid, Dr. Peter Carter (Director of Climate Emergency Institute and an IPCC expert reviewer) shared these observations during a video interview.

He called COP25 “yet another circus…it’s another delay. — Dr. Peter Carter

“Oh, it’s always been set up to fail….the first two COPs were pretty successful and ever since then things have gone down down down…it just takes a couple of countries to be able to veto any major decision…it is unbelievable what these high-emitting fossil fuel producing countries are doing.” And this is so because of the “consensus” approach adopted for COPs including COP21 which produced the Paris Agreement in 2015. Peter Carter is also the co-author of Unprecedented Crime: Climate Science Denial and Game Changers for Survival.

Year after year major oil-producing countries such as the US, Saudi Arabia, Kuwait and others are blocking the science from the negotiations that are necessary to achieve solid climate success. Mitchell Beer, curator for The Energy Mix, reports that “there was no doubt that fossil interests are still by far the dominant corporate voice.” “They are inside government writing the rules,” Greenpeace International Executive Director and COP veteran Jennifer Morgan said of the business representatives following the meeting.

“Big polluters and the countries most historically responsible for the climate crisis have been able to ruthlessly advance the fossil fuel industry’s profit agenda over our collective futures,” said Catherine Abreu in Madrid.

We have a global climate emergency. Climate talks are failing. We don’t have time to wait any longer. We are failing our children and grandchildren.

The Fossils should not be a major player in climate talks. They should not be at the negotiating table. Governments hosting climate conferences should not seek nor accept sponsorship deals from the Fossils. Their goal is to slow down and block action on the climate.

The goal of the Agreement is to decrease greenhouse gases and hold the warming of the planet to well below 2C. But that isn’t happening five years later nor will it ever happen as long as the Fossils control the process.

The World Needs a Fossil-Free COP 26 in Glasgow. It starts with this petition to the United Nations. Click on the button below, and then click on “I agree”.

Related articles:
The Derailment of Climate Talks by Polluters
Where Was The Urgency At COP25?
The Only Thing More Disastrous Than COP25 Negotiations Is Global Climate