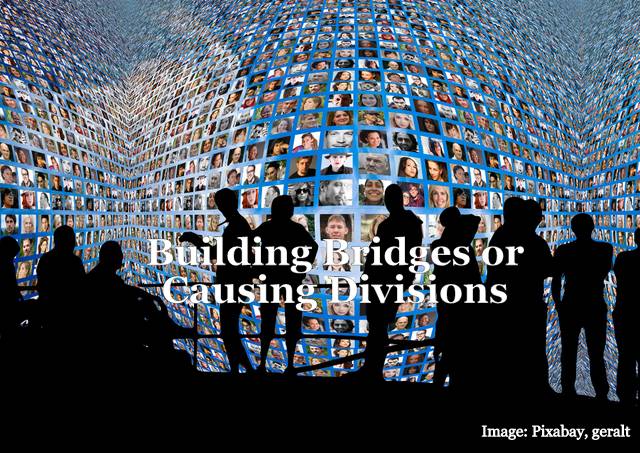 The COVID-19 pandemic has forced Canadians (and the rest of the world) to hit the pause button. How do we recover back better? Can we? Do we want to? This is especially true of our energy transition to a low-carbon future. “There are opportunities to build bridges between those with different views on our energy transition. Leaders should focus on collaboration, according to Monica Gattinger and Brendan Frank, the authors of this article previously published in Policy Options.

It’s no secret that debates over Canada’s energy and climate future are divisive and contentious — if not outright polarized. There is no common vision for the country’s energy future in an age of climate change.

Could COVID-19 change that? Quite possibly. But whether the pandemic will further divide the country or bring it together is a very open question. Studies by Positive Energy, an energy research program at the University of Ottawa, help to shed light on the possible answers.

The COVID-19 Shock: Bridges or Divisions?

For oil and gas producers, the global pandemic has brought an acute shock that may permanently transform the industry. There is no V-shaped or L-shaped precedent to rely on here. The world is using about 30 percent less oil than it was this time last year due to the shutdown of nonessential services, a demobilized workforce, and a sharp drop in travel. The supply war between Saudi Arabia and Russia placed additional downward pressure on prices. Production cutbacks by OPEC+ have helped to resolve the Saudi-Russia spat, but oil prices remain deeply depressed.

A barrel of West Texas Intermediate, the North American price marker, fell from $60 at the beginning of January to less than $15 at the end of April. Western Canada Select, the price marker for a barrel from the oil sands, has plunged from about $40 to less than $5. Both WTI and WCS dipped below zero recently, meaning producers had to pay buyers to take oil off their hands. The price of natural gas, often co-produced with oil, is also down.

While consumers marvel at bargain prices at the pumps, the situation for producers is grim. Few if any can make money at these prices — and certainly not at negative prices. Producers are rapidly shutting in wells, storage facilities are fast approaching capacity and refineries are having an increasingly difficult time sustaining operations. Without intervention, these market conditions will drive many firms into bankruptcy in the coming weeks and months.

On March 19, news broke of an imminent federal relief package for the oil and gas sector worth an estimated $15 billion. This would be in addition to the Canada Emergency Response Benefit for laid-off workers and the Canada Emergency Wage Subsidy to help employers keep workers on the payroll.

On March 25, federal Finance Minister Bill Morneau said the relief package would be announced in “hours, potentially days.” Weeks later, the plan had yet to materialize. On April 17, a few details emerged. The government announced support measures for a range of economic sectors, including oil and gas: $1.7 billion to clean up thousands of orphaned and inactive wells across BC, Alberta and Saskatchewan; a $750-million emissions reduction fund; and credit relief for medium-sized businesses.

There are likely economic and political reasons for the delay. Economically, the issues are complex and fast-moving, and negotiations with the US and other producers were ongoing. Politically, support for the oil and gas sector in Canada is contentious.

While the federal government was developing relief measures, high-profile voices weighed in. Oil and gas leaders, academics, environmental NGOs and faith groups inked open letters advocating what the plan should — and should not — include, along with what conditions should be attached to financial support. Proposals varied widely: liquidity measures, like purchasing accounts receivable; direct investments in renewable energy; job retraining; targeted funds for the cleanup of orphaned wells.

Different visions of Canada’s energy and climate future — notably the place of oil and gas in that future — underpin the proposals. They reflect key dividing lines in debates that existed long before COVID-19.

Positive Energy’s research offers insights into how things may unfold in the months to come. Our latest study suggests that energy and environmental leaders signing these open letters don’t just disagree over the substance of the relief package. They occupy two very distinct “realities” that differ over the pace, scale and nature of energy transition in Canada.

The study’s lead author, Marisa Beck, interviewed over 40 leaders from the energy and environmental communities, asking them how they understand and interpret the term “transition.” The findings suggest that leaders hold fundamentally different views about what transition means for Canada. We call them “realities” because those in both camps see themselves as “realists” when it comes to transition. No participant fit perfectly into either category, but all of them leaned heavily toward one or the other.

“Reality I” sees transition as a measured, gradual process driven primarily by market forces but supported by policy that doesn’t impose excessive costs on people and business.

“Reality II” sees transition as an urgent process anchored in the idea that the world is facing a climate crisis. In this view, transition is driven primarily by strong, rapid policy interventions.

The future role of oil is a key distinction between the two realities. Reality I sees oil as an ongoing part of a diversified low-emissions energy portfolio both domestically and globally, with emissions reduced by carbon capture, energy efficiency improvements and other technological advances. Reality II views the urgent phase-out of oil as a necessary step to avert catastrophic climate change and to create a net-zero economy.

Conversations over the nature and scope of support for oil producers are therefore likely to be divisive, even polarizing. In the months to come, these realities will compete for attention and resources as governments assemble aid packages and shift their focus to long-term recovery. Political leaders will be put to the test navigating these “elite debates” over energy and climate.

But Positive Energy’s recent survey work suggests that the Canadian public is not necessarily as divided on the issues as some leaders in the energy and environmental communities.

Canadians’ opinions do appear polarized along partisan lines. As federal and provincial parties stake out positions on the relief package and future recovery measures, the rhetoric of political leaders could drive the two realities — and Canadians — further apart.

But there are opportunities to build bridges. Our research shows strong agreement among Canadians and energy and environmental leaders that climate change is real, that Canada is in the midst of some sort of transition and that the country should distinguish between the place of oil and gas in its domestic economy versus its role in the export economy.

Our work also suggests that Canadians’ opinions on the issues may not be as polarized along regional and generational lines as commonly believed. There are even areas of emerging consensus on the importance of oil and gas development, on the need for climate action and on who should lead decision-making on energy and environmental issues.

In the wake of the government’s April 17 announcement, industry leaders and the premiers of Alberta and Saskatchewan stated that much more action will be required. It is not yet clear whether this is all Ottawa will provide, or whether further measures are in the offing.

Our research suggests four essential insights for those who want to chart a positive path forward.

First, political, social and economic leaders would do well to recognize that high-profile voices in these debates (including their own) can occupy fundamentally different realities on energy and climate. Understanding and respecting different world views is pivotal. Too often leaders characterize those with different views as intellectually or morally deficient. This does not help to foster productive debate — or to build support for potentially divisive measures like financial support for oil and gas.

Second, language matters. Our research reveals that the terminology used to talk about energy and climate can bring people to the table or drive them further into these divergent realities. Many see the term “transition,” for example, as vague, politicized and non-inclusive of all players in the energy sector, notably those in oil and gas. Some see it as polarizing and “fuel deterministic,” prejudging which fuels can or cannot be part of Canada’s future energy mix. Using terms like “low emissions” or “emissions reductions” in the development, framing and communication of policies during and after the COVID-19 crisis could be a more inclusive approach.

Third, leaders should avoid the temptation to polarize debates along partisan lines. Partisanship can have the unfortunate effect of encouraging people to dig in their heels, to the point where everyone loses: the country comes out poorer on both the energy and climate fronts. Instead, identify ways and forums to enable respectful debate and actions that reduce or mitigate partisanship. Reaching across partisan divides — notably between the federal and provincial governments — could be an important step. We have seen that such outreach is possible. The pandemic has offered politicians the opportunity to prioritize collaboration over partisanship, and many have seized it. In addition, extending the conversation beyond the political arena, including to leaders outside the energy and environmental communities (for instance, to labour, business and university and college leaders), could also be helpful.

Finally, it is crucial to understand and build on areas of agreement. Our research with energy and environmental leaders and the general public underscores that people overwhelmingly agree that human-caused climate change is happening and that further action is required to address it. Our public opinion research also shows that Canadians strongly support oil and gas development, but they want to see it done in an environmentally and socially responsible way. Policies for energy and climate — including plans for the short- and long-term economic effects of COVID-19 — would do well to demonstrate the link between economic development and environmental performance. Many companies are already moving in this direction by developing environmental, social and governance indicators.

Energy and environmental leaders and the public also agree on the future of workers: they want to ensure that employees affected by policy or market changes related to climate action are taken care of. They recognize that reducing emissions involves costs and benefits, and they want to attend to both. They also recognize that costs and benefits may differ in the domestic and export economies. Drawing a distinction between energy at home and energy abroad may offer a helpful way to frame things.

As Canada moves from crisis management to long-term recovery, debates about the country’s energy and climate future will no doubt grow in importance and volume. Whether COVID-19 will build bridges — not generate divisions — among Canadians remains to be seen.

ICYMI:
Music Is A Powerful Tool In The Fight For Our Climate
Traditional Car Companies Are Zombies: Dead But Don’t Know It Yet