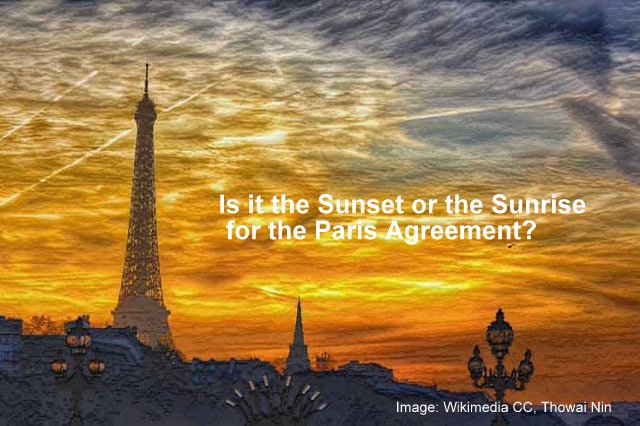 The United States has dumped more planet-warming gases in our atmosphere than any other country in the world. Americans also has the dubious distinction of being the only nation which is not in the Paris Agreement. And without US participation, the Paris climate accord will continue to be on life support. But this is about to change. President-elect Biden will push the reset button on the Paris Agreement by rejoining the global war on climate change immediately following his inauguration on January 20 of 2021.

Push Reset on the Paris Agreement

The Climate Action Tracker shows that only a few of the major polluters are on track to meet their Paris commitments to limit global warming to less than 2 degrees Celsius. Urgent action is needed and with Biden’s election, the climate cavalry might be on the way.

The New York Times reports that “The first 100 days of the Biden administration are likely to see a flurry of executive actions on climate change, as well as a major push to insert clean energy provisions into legislation that could pass with a bipartisan coalition.” With or without a Congress controlled by Democrats, there are nine things Joe Biden can do immediately to revive the global climate movement.

The Guardian claims that Joe Biden’s election as President “could reduce global heating by about 0.1C, bringing the goals of the Paris agreement “within striking distance”” if his plans are fulfilled—according to a detailed analysis by the Climate Action Tracker. When added to China’s recent commitment to peak their emissions by 2030 and to net zero emissions by 2060, global heating would be reduced by by 0.2C to 0.3C.

In other words, this “would be enough to reduce global heating to about 2.3C or 2.4C by the end of the century…about 25-40% of the effort needed to limit heating to 1.5C, the aspirational goal of the Paris agreement,” reports The Guardian.

These actions by the world’s superpowers will incite other countries to show more climate ambition by revising their own Paris targets on a path to lower their emissions significantly by 2030. The US, China and the EU working together—pressing the reset button on the Paris Agreement—will give new life and new hope to the climate movement after four years of stagnation under the Trump administration.