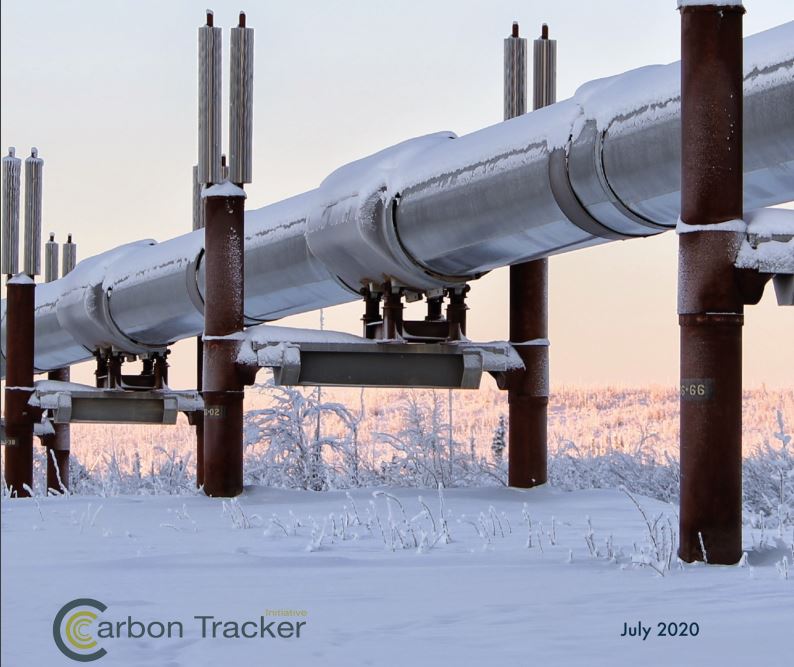 No New Pipelines Are Needed

“Oil demand will be lower in a Paris-aligned world…The projects which go ahead in a world of limited demand are those that have the lowest production costs.”

All proposed new pipelines from Western Canada, in particular Keystone XL and Trans Mountain expansion, are surplus to requirements in a Paris-compliant world. Pipeline capacity may have proved a constraint in recent years, but under SDS, all future oil supplies from Western Canada can be accommodated by upgrades and replacements to existing pipelines, local refining and limited rail freight.

Even if discounts for Canadian crude narrow, new oil sands projects remain uneconomic. Western Canadian heavy oil trades at a steep discount to international benchmarks due to quality and transport challenges, averaging $25 below Brent over the last decade. Even if greater pipeline capacity reduces this to $10 in the future, in line with levels seen during previous periods of unconstrained supply, new projects still remain uneconomic under the SDS. Indeed, even if Canadian heavy oil were to trade at parity with Brent, which is extremely unlikely due to its lower quality, there would still be no new oil sands production under the B2DS and just 120,000 bbl/d would enter the market in the SDS – a level which would be covered by existing rail capacity.

Investors in oil sands face depressed cash flows in a low carbon world of falling oil demand and weak pricing, but will be forced to produce or pay the price due to inflexible “take-or-pay” transport fees for excess new pipeline capacity.

While take-or-pay contracts spread the impacts, pipeline investors still face financial risks as upstream production weakens. Uncontracted capacity will probably remain unused by producers, and contracts may cannibalise tariffs from other pipelines. Even take-or-pay commitments are subject to counterparty risk in a falling oil market.

The Canadian government’s stakes in Keystone XL and Trans Mountain could well prove to be a drain on the public purse. Under the SDS, government tax revenues and the value of the assets are unlikely to reach the levels anticipated at the time of sanction.

Canada’s leadership position on climate change may be undermined by its support for projects reliant on the failure of the Paris Agreement.

Lastly, the Canadian authorities face the challenge of trying to reconcile their natural resources development plans with their positioning on climate. With Canada previously having shown leadership on climate change issues, the government’s support for pipeline projects reliant on the failure of the Paris Agreement risks damaging its global credibility.

Related articles…
To Save Our World, We Must End The Carbon Economy
Clean Stimulus is Good For The Economy and Good For The Climate