Natural gas is not the bridge to a clean energy future that fossil fuel companies and governments would have us believe. Natural gas is a bridge to nowhere. This post features a recent media release by Cathy Orlando (Canadian Director for CCL Canada) which highlights the need to focus on greening the electricity grid and removing the preferential treatment natural gas is getting from governments.

Stop the Dash To Gas

The Corporate Knight’s Building Back Better Report indicates that greening the grid will create 905,000 jobs and add $284.5 billion of gross value to the Canadian economy between now and 2030. Achieving this transformation will require strong measures. How can we get there?

Citizens’ Climate Lobby (CCL) Canada recommends that the pricing protection currently enjoyed by natural gas electricity plants on their greenhouse gas (GHG) emissions be removed as soon as possible. Currently, the Greenhouse Gas Pollution Pricing Act and provincial regulations for big emitters in Alberta, Ontario and New Brunswick allow existing gas plants and those converted from coal to emit most of their GHGs for free.

Rather than charging gas plants for only a small portion of the GHGs they emit, CCL Canada advocates that the federal government make gas plants pay the full carbon price on all the natural gas they use. This needs to be done while continuing to increase the national carbon price past 2022 and continuing to return the revenue to Canadians.

This recommendation should result in the displacement of gas electrical generation by renewables—with a reduction of up to 15 Mt of GHGs per year achieved in Ontario alone (Figure 1). Significant reductions could also be made in Alberta (Figure 2). Furthermore, future additional generation is more likely to be non-emitting with an increasing carbon price (Figure 3).

A 2017 study by Dolter and Rivers showed that an incrementally increasing carbon price with no loopholes would, over time, eliminate about 90% of GHG emissions from Canada’s electricity system (Figure 3), with an increase in average cost of electricity of 1.2 cents per kilowatt-hour.

An economy-wide carbon price with no exemptions will unleash the innovative talents of Canadian business, industry, and our highly-skilled workers to meet the challenges we face. Canada is blessed with the natural resources and skilled workforce to green our grid, realize the economic benefits, and improve the lives of all Canadians. What are we waiting for?

In June 2019, Canada declared a national climate emergency. However, 18 months and an election later, we are not on track to meet our Paris Target of emitting no more than 511 Mt of GHGs per year by 2030. There is a gap of at least 92 Mt between Canada’s current commitment and 2030 target (Figure 4), and current policies are nowhere close to meeting the government’s more recent commitment to reach net zero GHG emissions by 2050 (Figures 5). Canada must do more to reduce our GHGs and what we do about our gas plants is crucial to this.

Virtually all economic studies, starting with the Stern Report in 2006, have stressed that the costs of dealing with climate change are dwarfed by the costs of failing to deal with the climate emergency — including the costs of forest fires, flooding and health impacts. The price of ineffective action will be an increasingly uninhabitable world.

Source: Figure 32 from Annual Planning Outlook, January 2020, Independent Electricity System Operator. The drop from 2005 through 2014 is mainly due to shutdown of coal plants.  The projected increase from 2017 is all from gas plants. 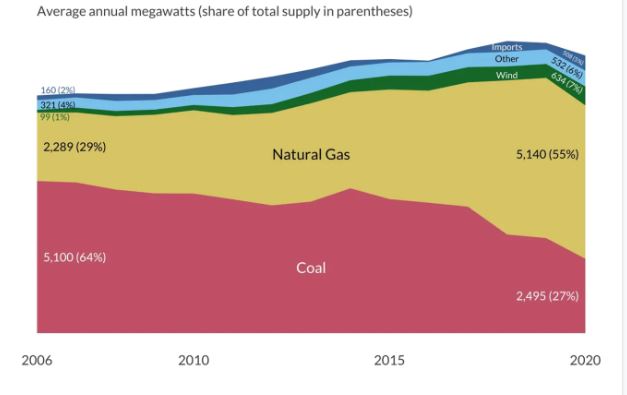 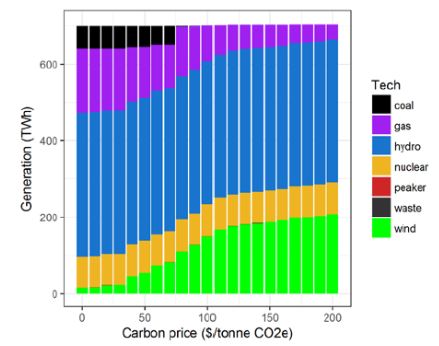 Source: The Cost of Decarbonizing the Canadian Electricity System; Dolter and Rivers (2017).

Source: Climate Action Tracker (September 21, 2020 data). Note: the orange section of the vertical bars denotes an insufficient effort to meet Canada’s fair share of emission reductions and would lead to 3 degrees of global heating which is a full degree above the Paris Agreement.

Click on LeadNow campaign for the list of groups that support the phase-out of natural gas plants in Ontario.