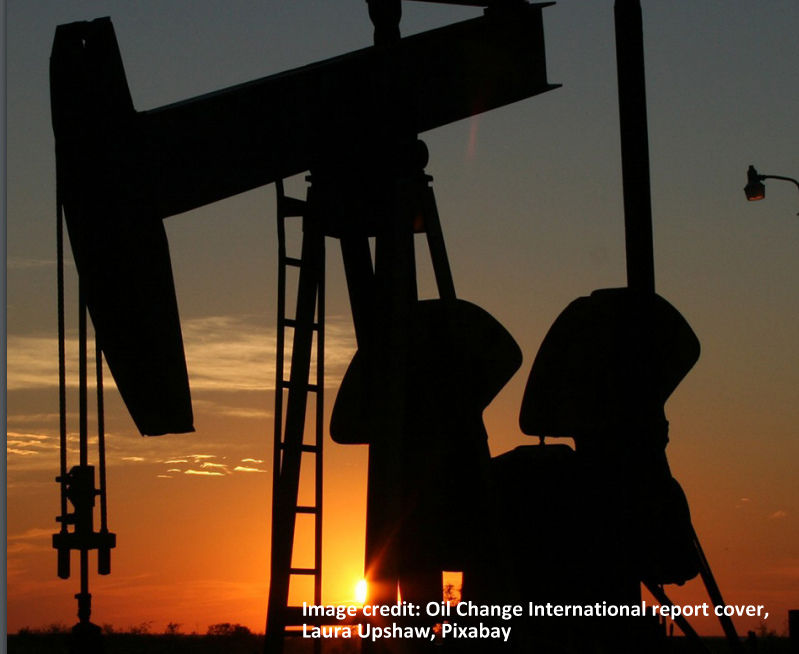 The world needs every weapon in its climate arsenal to tackle the unprecedented existential threat of climate change. Oil Change International (along with an impressive list of collaborators) has just released a report that shows how central banks are fueling the climate crisis. The report looks at 12 central banks including the Bank of Canada.

(This post is resourced primarily from the OIC Report and Press Release.)

“Central banks could play a critical role in catalyzing the rapid shift of financial flows away from oil, fossil gas, and coal. However, to date, central banks have instead tinkered at the edges,” says the Oil Change International (OIC) report.

Two previous reports, that expose the impact of banking in accelerating the climate crisis, have focused on large national and global banks which fund the fossil fuel industry.

The Banking on Climate Chaos 2021 report shows how the world’s top 60 banks have pumped USD 3.8 trillion into fossils since the Paris Agreement.

But to date, little attention has been focused on the world’s central banks and their role in financing the ongoing expansion of fossil fuels, the major driver of climate change.

According to the OIC press release, many central bankers “claim that tackling the climate crisis is beyond their mandates.” Then it’s fair to ask if their mandate is to finance the expansion of fossil fuels that are the major cause of global warming.

“The science is clear. Even the International Energy Agency (IEA) has now acknowledged that to limit warming to 1.5 degrees Celsius (°C) and avoid the worst of the climate crisis, we must cease all new investment in the expansion of oil, gas, and coal supply beyond that already committed now.” — OIC Press Release

“Central banks could play a critical role in catalyzing the rapid shift of financial flows away from oil, fossil gas, and coal. However, to date, central banks have instead tinkered at the edges.”

“There is growing recognition that central banks must act to confront the climate crisis. They have the tools to catalyze and accelerate the end of financing for fossil fuels — through monetary policy, regulatory action, and excluding fossil fuel assets from their own portfolios.”

Not one of the countries considered in this report has made any effort to tilt central bank responses to the pandemic against fossil fuels.

The OIC Report lists 10 criteria for assessing central banks against Paris Agreement goals. The assessment shows them as grossly Paris-misaligned at a time when the world is fast approaching climate-catastrophic tipping points.

In fact, many central banks are positively reinforcing fossil fuels with pandemic recovery packages that are biased towards fossil fuel finance.

Canada’s central bank “has acknowledged the need to analyze climate risks and to implement disclosure, but the bank has not taken any steps to restrict fossil fuel finance,” according to OIC.