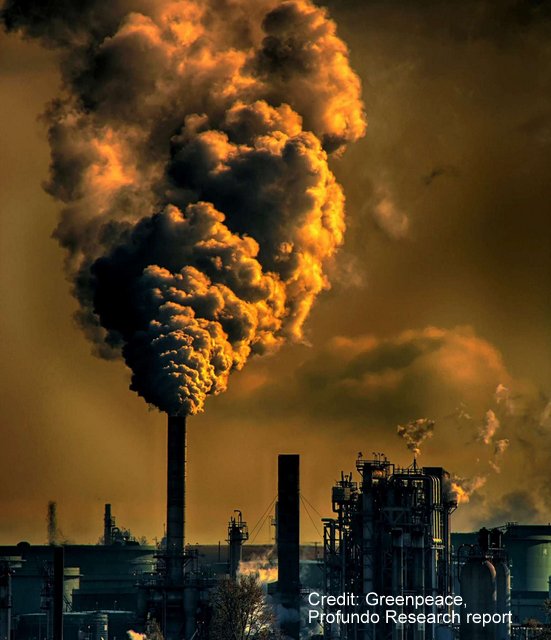 Canadian banks are playing a growing and globally significant role in fueling climate destruction and are more exposed to climate risk than they are telling their shareholders according to data in a new Greenpeace report. The report finds that prior to the pandemic, Canadian big 5 banks steadily increased their fossil fuel loans and investments since the Paris Climate Agreement was signed.

(This post is sourced from the Greenpeace press release of the Fossil Fuel Financing in Canada report.)

“The UN Secretary General said that the latest IPCC climate science report should be a ‘death knell’ for fossil fuels, but Canadian banks are still providing hundreds of billions of dollars to keep oil, gas and coal companies alive. Canadian banks have provided over thirteen times more financial support to the fossil fuel industry than the federal government has spent on its plan to meet its Paris climate commitments, with no end in sight,” said Keith Stewart, senior energy strategist with Greenpeace Canada. “If bankers won’t read the IPCC report, then they should step outside and smell the smoke from climate-fueled wildfires and recognize that they have a choice: stop funding fossil fuels or go down in history as planetary arsonists.”

The report was commissioned by Greenpeace Canada from the consultant firm Profundo, contributors to the annual “Banking on Climate Chaos” report.

“We really punch above our weight in terms of fuelling the climate crisis,” said Keith Stewart, of Greenpeace Canada.

The federal bank regulator (the Office of the Superintendent of Financial Institutions – OSFI) is currently reviewing banks’ exposure to climate risk, and Greenpeace Canada is calling on the government to regulate them rather than rely on the bankers’ goodwill.

Most of Canada’s big 5 banks have made a public commitment to achieve net-zero emissions by 2050. The International Energy Agency has said that achieving this goal requires that there be no new investments in fossil fuels and an accelerated phase-out of existing fossil fuel operations.

ICYMI:
What do Heat Waves, Wildfires and Banks Have in Common?
Stop Fuelling the Climate Crisis With our Pension Money
Banking On Climate Chaos:Top 60 Banks Pump US3.8 Trillion In Fossils Since Paris