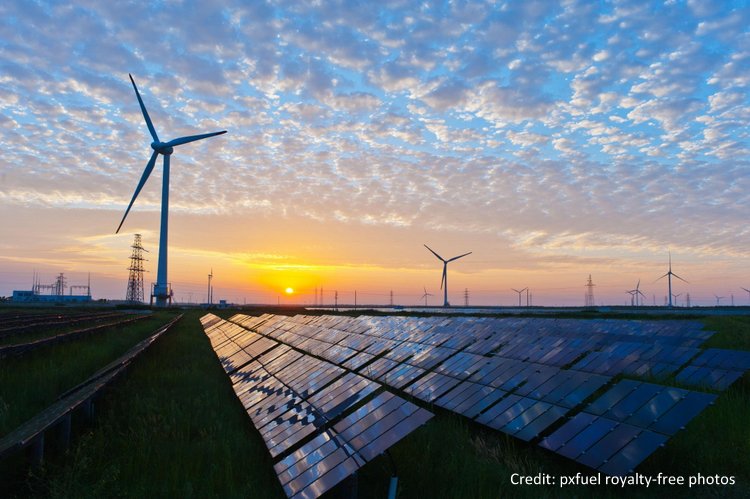 For many of us in the climate movement, 2022 was going to be the year the green energy transition would take off, building on the post-COP26 momentum and the promised build-back-better programs announced by governments worldwide. But this was not to be.

(This article by Len Rosen was previously published in 21st Century Tech Blog.)

Is the Green Energy Transition Stalling?

Jones’ beat is to write about sustainability, energy, and the environment from a business perspective. In this article, he refers to an assessment done by Jerry DeMarco, Canada’s Commissioner of the Environment and Sustainable Development, published last week that questioned the federal government’s ability to meet 2030 as well as net-zero 2050 decarbonization targets. DeMarco pointed to deficiencies in policy on carbon pricing, hydrogen development, and fossil fuel worker job transition.

Jones then talked about a Royal Bank of Canada (RBC) report forecasting crude oil production to rise in Canada by 600,000 barrels per day by 2032, contributing nine million additional tons of carbon dioxide (CO2) to the atmosphere. This runs counter to what is in the 2030 Emission Reductions Plan delivered last month by the Canadian federal government which looks at targeted methane (CH4) emissions reductions of 75%, and oil and gas at 31% from 2005 levels by 2030. The RBC forecast says emissions will increase. The government says it is targeting the opposite.

So what gives? Apparently, it is the federal government’s belief in a technological solution, the adoption of carbon capture utilization and sequestration, CCUS or CCS, which would be incorporated into all aspects of extraction, production, and shipping. That’s why the Canadian government committed $9.1 billion in spending with $2.6 billion coming from a tax credit for CCUS industry investments.

The industry has had a very spotty record when it comes to CCUS or CCS. Prior to the release of the new federal plan, it had asked for a much larger public investment in CCUS projects. And true to form, after the plan was released it continued to express its disappointment at the amount of money and tax credit percentages offered.

Alex Pourbaix, the CEO of Cenovus—Canada’s second-largest oil and gas company—spoke up in a call with industry analysts where he criticized the plan and the money being offered to the industry. He called for a much large commitment from governments if the industry were to build large-scale CCUS. Pourbaix suggested that there were examples from other countries where the industry was being given up to 70% of the capital costs on new CCUS projects and was receiving additional money to offset operating costs.

While Pourbaix was complaining about the lack of money to build CCUS projects, he also announced to analysts that Cenovus had earned a seven-fold jump in its quarterly profits, and was tripling dividend payments to shareholders. This wasn’t mentioned in Jones’ article but did appear in the same edition of the paper, two pages later, tucked away well below the fold. It reported Cenovus had announced per-share dividends rising from $0.14 US to $0.42, with earnings exceeding analyst estimates at $0.79 per share. In the same report, Cenovus announced production output of synthetic crude from oil sands operations growing from over 769 to almost 800,000 barrels a day. There was no mention of GHG emissions contributions. And when I went to look at the company’s annual and quarterly reports, there was no reporting on GHG emissions or even intensity per barrel or per cubic metre related to production although there was a pledge to sustainability and best ESG practices. A 2020 Bloomsberg report states that GHG emissions at Cenovus continue to rise.

Cenovus is one of the founding members of the Clean Resource Innovation Network (CRIN). Its mission is to keep Canadian oil and natural gas companies competitive in world markets. Other members are fossil fuel companies, think tanks, academics, and government departments. CRIN acknowledges a low-carbon future but seems to lack a roadmap to get there. As I perused the website there was little information on strategies for carbon emission reductions. There was content related to intensity per unit of production as well as discussion about cleaner fuel standards. But I found nothing about CCUS.

I wasn’t surprised. Ever since I began writing about CCUS and the oil and gas industry there has been a consistent pattern. Every time CCUS is raised as a technological solution to draw down emissions, the big oil and gas companies demonstrate little willingness to pay for implementation. And when they do consider a project there is always a demand for government assistance.

Oil and Gas sector is the culprit

The past is cluttered with projects that have foundered when companies have backed out leaving government partners with debt and nothing to show for the public investment. The lack of will to spend or risk industry money on mitigating total carbon emissions is palpable. That’s why over the last twenty years so few projects have made it past the pilot phase with more abandoned sites than ones that are working today. And when you consider lead-time requirements for these projects, we are running out of time quickly before the 2030 deadlines the emission reduction plan has targeted. So if Canada’s green energy transition is stalled as Jones stated in his headline, the finger-pointing should be at the country’s oil and gas companies.

Is the war in Ukraine causing Canada’s green energy transition to stall? Not likely. The real culprit is the oil and gas industry which is reluctant to take on the costs associated with reducing carbon emissions and would rather have government handouts help it while it continues to pay record dividends to shareholders.